Dealing with the Reality of the Greg Hardy DV Photos

As most people predicted would eventually happen, photos of the injuries to Nicole Holder as a result of her domestic violence incident with Greg Hardy surfaced today.

While the photos are consistent with the stories we've heard over the last 18 months, there's no escaping the fact that they bring a whole new reality to the situation that we hadn't previously been exposed to. They're not fun to see, and no I will not share them here.

Many Cowboys fans have gone on the defensive, which does tend to happen when fans of other NFL teams seem almost excited for another opportunity to throw a negative umbrella over an entire group of people. I'll be honest in saying the comments I've read on social media make me sad, more than anything. We actually had someone suggest that our social media manager buy a gun and commit suicide. You can't make this stuff up. There are actually individuals out there who believe taking the moral high ground on the Greg Hardy issue means wishing death upon others.

With that said, let me try to articulate my own views on Hardy, while hopefully speaking for a number of my fellow Cowboys fans.

When I saw articles in the off-season suggesting that the Cowboys sign him, I thought the idea was crazy. He had been out of football for a year, and I just didn't think the circus that would come to town with him was worth it. Again when the NFL passed down their 10-game suspension (and the Cowboys had acquired pass-rusher Randy Gregory in the draft) I found myself suggesting they just cut him. We'll figure out another way, I thought.

Eventually, Hardy went through the appeal process and got his suspension reduced to four games and it became obvious that the Cowboys were going to see this through. At that point, I decided I had to look at this situation holistically:

The NFL — with all the evidence that was available to the judge in Hardy's court hearing — had determined that Hardy is eligible to continue playing in the National Football League. It shouldn't be surprising, then, that some team would sign him. I may not be proud to call him a Cowboy, but the reality is that he's here and the Cowboys were planning to stand behind his right to continue his career as a professional football player.

I knew it wouldn't be a fun ride. The NFL knew that. The Cowboys knew that. As such, the last three weeks have gone pretty much as expected. People are angry. Rightfully so, even. They're angry that good things — like getting paid millions of dollars to play a game for a living — are happening to a guy like Greg Hardy. They're angry at Cowboys fans who refuse to condemn their team for giving Hardy that opportunity. They're angry at the NFL and Roger Goodell for making a much more concerted effort to punish Tom Brady for allegedly having footballs under-inflated than they made to punish an alleged domestic abuser.

I get it, and I empathize with it. I can even forgive some of the vitriol that has been directed at Cowboys fans who are trying to defend the Cowboys for signing Hardy. He hasn't exactly made any efforts since his reinstatement to change his image, so it's hard to see people defend him on any grounds.

Had those three teams stayed away from Hardy, his asking price would have dropped. Trust me, several NFL teams had some price they would have paid to fall on the grenade and be the first team to give Hardy a chance to come back. The Cowboys just had the biggest need at the position and were willing to pay the most money. I get the criticism directed at them for it anyway, but if we want to throw stones at the Cowboys then we should acknowledge the reality that Hardy was going to be on somebody's football team this year regardless.

Should Greg Hardy be allowed to play in the NFL? I understand arguments for and against it, but the bottom-line for me is that that decision has already been made using all the evidence that we have today. Nicole Holder accepted a cash settlement as retribution for what happened that night and has moved on with her life.

Frankly, I think we should all do the same. 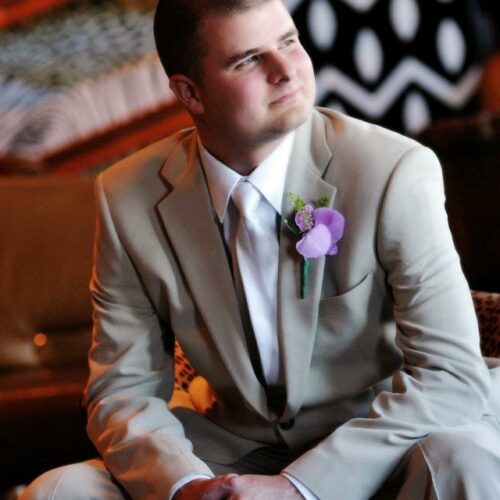 What Was The Biggest Cowboys’ Mistake Of The Decade?

Nothing like a good old fashion dead-season debate on a Sunday morning, right? Bleacher Report's Gary Davenport named the biggest mistake of the decade for...
Cowboys News

As the offseason moves along and we inch towards the slowest time of the NFL calendar, June always gives us a good chance to...

Well said! The mere appearance of these photos does not change the entire storyline one iota. I’m pretty sure everyone knows what happened here so emerging photos do not change anything so hard to understand why it creates a new round of ire and head-calling. The only thing different between today that today you have aan actual visual image instead of your imagination so why was your imagination not strong enough to evoke these feelings. I do not need, nor ask for further commentary or apology from Greg Hardy and for those that demand it while I understand you wanting it, it is not forthcoming. She accepted a settlement, he’s not a high character guy, he met the obligation of the assessed penalty and there is not another drop to squeeze out of this story. So for those in the media that continue to churn this story, get off it, as he is employed in a workforce that has deemed him employable and that is the end of this story.

Stop talking and show us the pictures, if you can’t show the pictures and evidence that convicts him then SHUT THE F*** UP !

Google is your friend, sir.

Well good attempt but there is a lot more than just moving on. These photos are mostly repeats of the same injury. The injuries are not traumatic at all in my opinion. A few minor bruises consistent with Hardy pushing her away from him. Listen Hardy called 911 and said Holder was the aggressor. There is nothing in these photos to suggest other wise. Holder said Hardy pushed her onto a pile of guns. Okay I can see injuries to the back that could explain that. But what is doesn’t explain is why Hardy pushed her. Is it possible that she was attacking him like the cuts on Hardy’s face would suggest? So hardy pushed her away to get her off of him. She never even said Hardy hit her just pushed her and choked her. Does that sound like a man trying to beat down a woman? No it doesn’t. There is no marks on her neck that would suggest choking. Bruises on her feet easily explained. She was barefoot because as Hardy explained she was attacking him with her shoes. She was also running around outside without her shoes. Bruises on her biceps. Hardy even said his assistant was trying to hold her to keep him from attacking him. Just because she is a woman doesn’t make her innocent. Everyone gets all upset because Hardy doesn’t feel remorse. If you were attacked by someone and then all the media world was against you and you were the victim, How remorseful would you be? Keep in mind Hardy and his attorneys wanted a jury trial. Why? because the original bench trial was ruled by a female judge that is also a know advocate against domestic violence. But even she could only issue a guilt of a misdemeanor verdict because even for her there was nothing to show evidence of a felony, even though for felony domestic violence all you need is visible injury. The prosecuting attorney could have tried the case with out Holder being present but decided to many contradicting statements and lack of evidence to get a guilty verdict. That’s why the case was dropped not because of exchange of money. You can’t pay your way out of a felony crime. People that haven’t been exposed to the other side of the tracks only know what talking heads tell them. I have investigated well over 1000 domestic violence cases. Most result in probation. Very few see prison or even jail time. This case wouldn’t have even made it to court in most jurisdictions. But because of it being a high profile NFL player it gets special attention from a judge with an agenda. I don’t know if Hardy was the aggressor or if it was Holder. The point is Hardy has been punished whether guilty or not and will have to live with that over his head the rest of his life. Everyone has their own feelings of what the worse crime is. Domestic violence is a terrible crime but it is also a preventable crime. Holder and Hardy chose to have an altercation that night she wasn’t a hostage or destitute without a place to go. For me child abuse, murder, drunk driving, animal cruelty, elder abuse, neglect, and rape are much more serious than this particular incident but yet don’t receive the same scrutiny.. Both parties mad mistakes but really only Hardy is paying the price.