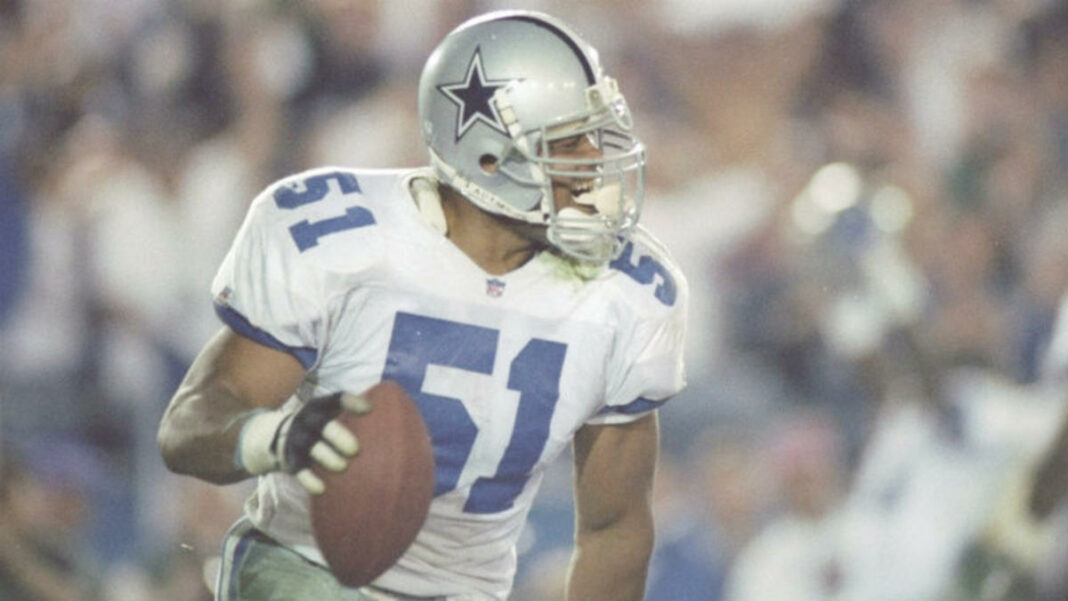 Come on down to Friday Avenue! This is a land free of deadlines, filled with coffee breaks, and the gateway to the weekend. Friday, you are a something beautiful. Since I’m in such a great mood I’ll let you guys in on a secret… you don’t have to wash clothes by color, everything will be fine… secret of life right there.

Really though it should be no secret that in 51 days you’ll get to see the usual stumped-Eli Manning-face as the Cowboys put an exclamation point on Week 1 of the 2015 NFL season. To celebrate the season’s inevitable arrival, and Eli’s clumsiness, we’re going to dance our way down memory lane with the Greatest 51 in Dallas Cowboys History.

The Following Players Have All Worn 51 For The Dallas Cowboys:

I hope that you’re in a nostalgic mood because we’re going back to the 90s today. To be fair we’re starting at the 1988 NFL Draft, the 2nd round specifically, where the Cowboys drafted a middle linebacker out of UCLA, Ken Norton Jr. The Jr. is important here because Ken Norton (senior) was the one-time heavyweight champion of the world. His son conquered his own arena in a similar fashion.

Ken Norton Jr. took some time to find his way on the Dallas Cowboys in the early 1990s. It wasn’t until 1992 when he firmly found himself as a regular part of the defense, starting at the middle linebacker position.

The 1992 Dallas Cowboys had, as Norton recounted in NFL Network’s America’s Game on that season, “the number one defense in the land.” Leading the league in defense was made possible through the leadership and tenacity exemplified by Ken. He put together 120 tackles and brought a fiery disposition to the team that it had been lacking since the days of Doomsday. The Cowboys would ride the waves of success that were generated by Norton and many others to back-to-back Super Bowl titles in 1992 and 1993. Ken even had a fumble recovery for a touchdown in the first of those Super Sundays.

Ken Norton Jr. threw his own punches on the gridiron.

After a great play or an amazing sack, Norton would punch the air in tribute to his father. While Norton had many big plays, I believe his finest is one of his more underrated. In Super Bowl XXVII, the first of the 90s dynasty, the Cowboys found themselves in the Super Bowl against the Buffalo Bills.

The Cowboy defense found themselves with their backs on the goal line early in the first quarter. Buffalo handed the ball off to Kenneth Davis, shockingly not Thurman Thomas, and Ken Norton Jr. completely stood his ground. It was as if Davis ran into an immovable wall…

He was literally an inch away from the airspace of the end zone and Ken Norton Jr. just pushed him backward. Can you imagine the kind of physical force that one would have to harness to accomplish this? It’s mind-boggling.

While the offensive side of the ball gets a lot of the pomp and circumstance from those 90s days, the Cowboy defense was no joke. They were, again, the number one defense in the land.

The landscape of the NFL was ruled by the Cowboys and the Greatest 51 in Dallas Cowboys History, Ken Norton Jr.

Check back tomorrow to find out who the Greatest 50 in Dallas Cowboys History is!

I disagree with this one. Center Dave Manders played on the first great offensive line the Cowboys ever had. He started at Center in the Ice Bowl game, and Super Bowls V and VI.

You are correct, Dave Manders was the BEST Cowboy to ever wear #51. Manders was by far the best run blocking linebacker the Cowboys ever had. He would have been our starting center for 12 years straight if he did not suffer a horrible knee injury that he recovered from and that was very hard to do. Also he recovered our fumble in SB 5 but they gave the ball to the Colts. The refs screwed us out of SB 5.

This is a joke right??? Anyone who thinks Ken Norton was the best Cowboy to ever wear #51 has NO respect and NO knowledge of Cowboys football before1990. Dave Manders was the BEST to wear #51 and honestly just might be the best Cowboys center to ever play the game. Dave suffered many injuries and still played at an amazing high level. For sure Dave was the best run blocking center we ever had. Dave played before the shotgun was installed. Also Manders was a TRUE Cowboy meaning he played his entire career as a Cowboy. Norton not only left, he went to our heated rival the Niners and trash talked us on the field and in the media anytime he could. Dave Manders was the BEST Cowboy toever wear number 51. Intensity?? Watch the Cowboys 1970 team highlight film and watch his eyes during the Cowboys/Lions playoff game. THAT is intense. 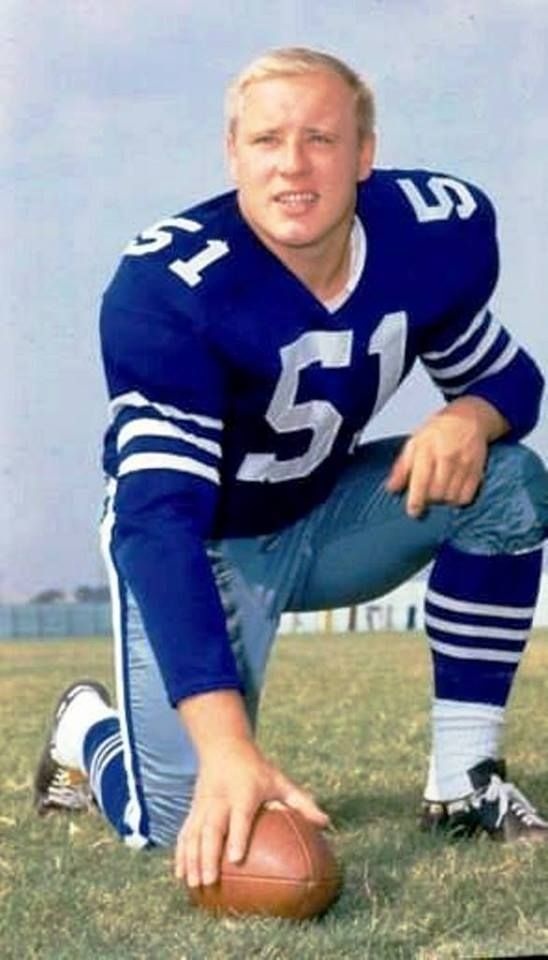 People should NOT do lists like this if they DO NOT know the entire history of the Cowboys and clearly this writer has no clue about Cowboys football before 1990 aside from maybe basic knowledge. Next you will tell me Nate Newton is one of the best 2 guards we ever had…..