Packers quarterback Aaron Rodgers is known for mastering the free play. First, he draws your defense offsides, and then he makes them pay with a deep shot down the field. Rodgers has also become the king of catching the defense during substitution, and exploiting them with too many men on the field.

Through four games, Rodgers has already drawn defenders offsides on five occasions, second best in the NFL. His hard count is a thing of beauty, and he has even caught the Cowboys with their proverbial pants down a few times. 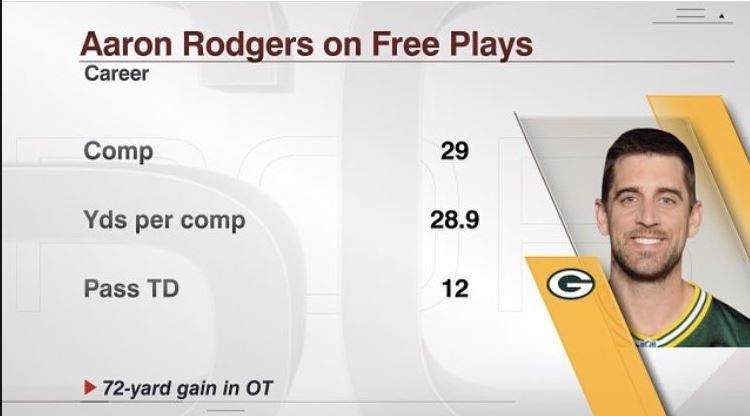 During last season's divisional playoff game, Rodgers caught the Cowboys with 12 men on the field, drawing a five yard penalty before a play was even executed. On that same play, Rodgers took a shot to tight end Richard Rodgers for a touchdown. Over both match-ups in 2016, Rodgers drew 12-men penalties on Dallas three times.

The Packers run an up-tempo offense, often not huddling nor substituting before plays. Because of this, the referees are not required to allow the defenses to substitute into a different package. Defenses try to sneak their players in-and-out anyway, but often get caught by Rodgers for these penalties.

Dallas loves to rotate defensive players throughout drives, switching defensive linemen or defensive backs often. If they are to do this against Green Bay, they will have to hustle and stay disciplined both during and between the plays.

With the Packers offense already being incredibly dangerous no team can afford to give them extra opportunities. Especially not the Cowboys defense, who Rodgers has decimated over the past few years.

The Cowboys must remain disciplined and not give up silly penalties or allow free yardage to an offense which is already better than their defense. As long as the Cowboys can avoid these free plays, and limit the time that Rodgers has to improvise, they should give themselves a chance against this prolific unit.

Kevin Bradyhttps://kevinrobertbrady.wordpress.com
Die-hard Cowboys fan from the Northeast, so you know I am here to defend the 'boys whenever necessary. Began writing for a WordPress Cowboys Blog, and have been with ITS since 2016.
Previous articlePackers A Reminder That Young Cowboys Can Handle Adversity
Next articleBy the Numbers: Dallas Cowboys vs Green Bay Packers

This season, the Cowboys will face many teams with top-tier talent. Dallas will face elite quarterbacks, monsters on the front seven and lethal skill...
Read more
Cowboys News

With the Cowboys schedule now out, I have seen that the common theme around their matchups is "it's the easiest in the league." While...
Read more