History Indicates Cole Beasley Will Be Even Better In 2017

Complacency is one of the worst things that can happen to just about any professional athlete. When an athlete stops trying to get better year in and year out, that is usually when they get replaced by someone who is younger, cheaper, and perhaps shows more promise. Fortunately for the Dallas Cowboys though, wide receiver Cole Beasley doesn't believe in complacency and his past history would indicate he will be even better in 2017.

It's difficult for some athletes to continue to try to improve their craft year after year, but those who have a desire to be great are able to self motivate themselves and put in the work required day after day to succeed. That's the way Cole Beasley seems to approach the game and why he has continued to improve in every season since being signed as an undrafted free agent in 2012.

As you can see, Cole Beasley finished with a career-high in catches (75), yards (833), and catching percentage (76.5%) in 2016 and is looking to pick up where he left off this season. But, what you may not have noticed is that starting in 2012, Beasley has pretty much improved his reception totals, yardage, and touchdowns every year since entering the NFL. He also had his first rushing attempt of his career last season.

This may not mean very much to any of you, but if you're a fan of history like myself, then your adding things up like I am. If you happened to come to the same conclusion that I have and are a believer in history, then Cole Beasley is going to have a fantastic 2017 season. 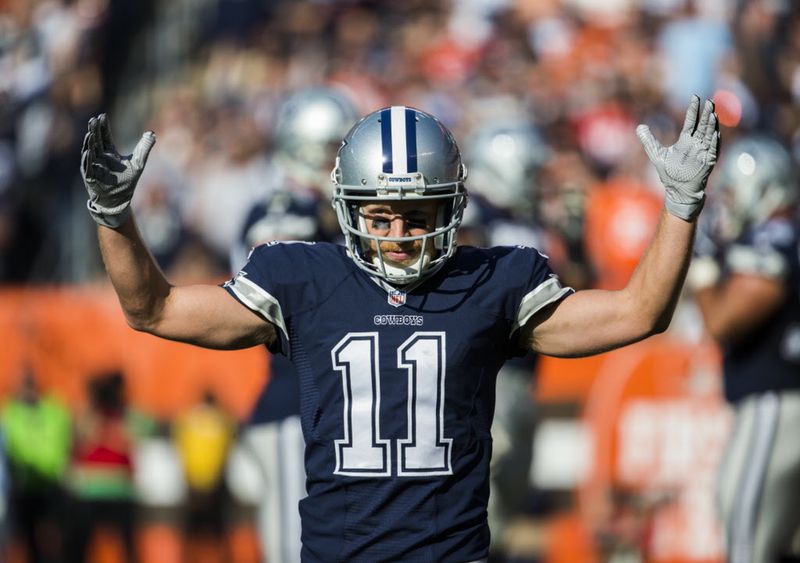 Now, I know what a lot of you are probably thinking. Beasley has a lot going against him if he wants to come anywhere near duplicating the career highs he put up in 2017. But, Beasley has not only developed into the best slot WR in the entire NFL, but has also become the favorite target of his QB, Dak Prescott. That means his offensive role is secure and he should once again be heavily involved in the offensive game plan.

Unfortunately, there are a few things working against Beasley. First off, Dez Bryant will be completely healthy to start the season, which could limit some of Beasley's targets. Secondly, offensive coordinator Scott Linehan could be looking to get rookie WR Ryan Switzer involved in the offense as well. That could also cut into the amount of targets Beasley receives.

Of course, Dez Bryant's return and Ryan Switzer's addition to the offense also could benefit Cole Beasley. Linehan could really get creative and open up the entire passing game for Prescott, which could create even more opportunities for #11.

I'm usually not one to put much stock into predicting statistics for players, especially with training camp yet to get underway. But, I'm also not one to go against what we can learn from history. And history indicates that Cole Beasley will once again set career highs for himself in 2017.

Will history be right about Cole Beasley in 2017?

Beasley good enough to get 1000 yards

Yes, Beasley is good enough to get 1000 yards. But, it’s going to be really difficult for him to accomplish that because of the short to intermediate routes he runs. It’s rare that he picks up any big chunks of yardage.

The only person on the team that is going to reach 1,000 yards is Dez. But that doesn’t mean that Beasley is any good.

Beasley’s production is only limited by the snaps, Prescott’s accuracy, and how they spread the ball around. Zeke is going to get at least 20 carries per game (he had 322 last year) and may get more as forecasted earlier in the year. A handful of other rushing plays and Dallas averages 63 snaps per game. Honestly with the weapons they have the only way Beasley hits 1000 yards is by being more elusive and increasing his YAC yards. If he plateaus where he is now there is nothing wrong with that at all.

Randy, I would love to see Beasley more involved in the passing game. But, that’s a little difficult to do with all of the weapons the Cowboys have. Also, I don’t necessarily think that for Beasley to be better in 2017 means that his statistics need to be better. That’s going to be difficult to do, but like you said, if the plateaus where he is now there is nothing with that.

Totally agree. If his 2016 is what we see out of him for the better part of his prime, that’s pretty solid to very good WR2 numbers on a run first team.

I agree that Beasley is getting better each year, but I wonder if 2017 his stats dip a bit. I could see his touchdown total increase while his yardage and catches decrease.

The Cowboys are deep all over the offensive side of the ball and if Dez plays a full season, which I anticipate he will, that limits the amount of opportunities that Beasley gets. If indications from OTAs about Terrance Williams are any sign, he might be ready to step up his game as well.

Beasley could be better in 2017 while not producing the same statistical output.

John, I have a difficult time seeing Beasley duplicate his 2016 production. I think there are just too many mouths to feed on offense. But, I do believe that we could see Beasley utilized more on offense, even with a healthy Dez Bryant. He just creates a mismatch anytime he is on the field. I don’t think there is a CB in the NFL that can cover him one-on-one.

totally agree with you that his production will be difficult to match. To me it’s not a problem if that’s the case. In fact it’s probably a good thing, because that means that Dez Bryant probably played 16 games.

I agree with John that they are deep in all spots on offense and throwing Switzer in the mix lined up with Beasley will be very interesting. I feel Linehan is grinning and has drawn it up already. Another factor will be they are stressing give the ball more to Zeke which reduces the receivers opportunities,but just Win Baby should be all that counts…

The Cowboys are definitely not short on offensive weapons this season. It should allow Linehan to get really creative with his playcalling and keep opposing defenses on their heels.