Despite looking absolutely horrific on offense for about 10 of their first 12 quarters, the Cowboys responded last Sunday against the Lions and find themselves at 2-2 and right in the thick of things in the NFC East.

This week they travel to play their in-state rivals, the Houston Texans, on Sunday Night Football. Houston came into the season with high hopes due to the belief they had found their franchise quarterback in Deshaun Watson. Things haven't gone as planned for Houston thus far, though much of that is not Watson's fault.

As mentioned, the Cowboys found a way to keep their season alive last week against the Lions, defeating Detroit at home 26-24. For the first time all season the Cowboys offense clicked for four quarters, though they did struggle in the red zone much of the game.

Quietly, the Cowboys defense hasn't looked as strong as expected the past two weeks, mostly due to their safety play. Dreams of Earl Thomas in 2018 have pretty much died with his injury, so Jeff Heath, Xavier Woods and Kavon Frazier will need to figure it out quickly.

Dallas is surprisingly, to me at least, the underdog here, though the 3 point spread doesn't show much confidence in Houston either.

After a disappointing 0-3 start to the year, the Texans finally got a victory last week over their division rivals, the Indianapolis Colts. This win came in overtime as a gift by Colts head coach Frank Reich, who inexplicably went for it on fourth down despite being in their own territory. He said after the game that he was playing to win, not to tie, but he ended up losing in the end.

Houston has firepower offensively, led by dynamic second year quarterback Deshaun Watson and wide receiver DeAndre Hopkins. Their offensive line, however, is as weak as the Cowboys have seen this year, and should be exploited by DeMarcus Lawrence and company.

The Texans need this home win to keep any hope at competing in the AFC South alive, especially as both Jacksonville and Tennessee continue to win each week.

Maybe I'm a homer, and maybe I'm falling into the trap after a home win against a 1-3 football team, but I really like the Cowboys this week. Especially getting 3 points.

Houston can put up points, and has the ability to be explosive offensively, but their secondary and offensive line can both be exploited by Dallas. Of course, JJ Watt and Jadeveon Clowney will be a problem for the Cowboys offensive line, but if Dak Prescott and Ezekiel Elliott can play like they did against Detroit, they should be able to defeat the Texans.

I'll take the Cowboys +3 this week.

This game make me nervous. Why? This is the type of games , where Garrett, has his team flat or unprepared , after winning a close game. Just when, you think the Cowboys has turned the corner, they lay a stinker .
The Cowboys haven’t covered as a road dog either. Knowing Garrett historical trends, I expect the Cowboys looking like the 2017 suspension led team on Sunday night. Texans 28 Cowboys 17.
Just my two cents worth. 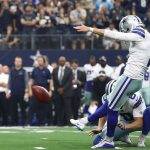 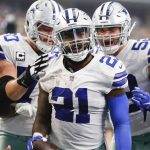