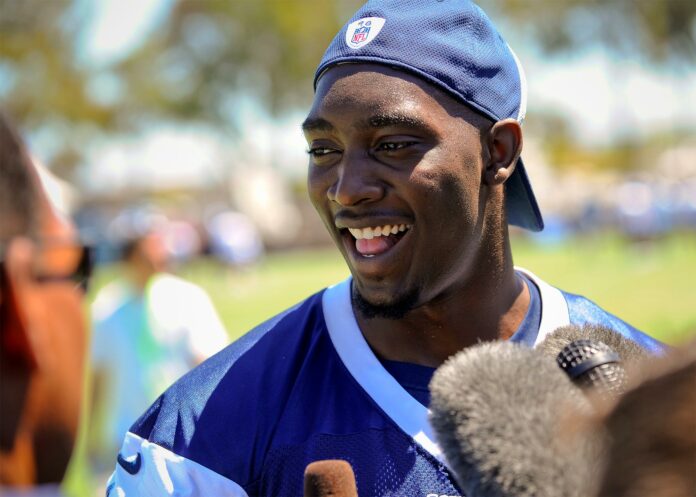 The NFL draft is always a crap-shoot. You never know who will fall into your lap (Dez Bryant), or who will get whisked from under your nose. In the 2014 NFL draft the stories from Valley Ranch are that the Cowboys already had the name of LB Ryan Shazier written on their card before the Pittsburgh Steelers – one place ahead of Dallas – selected the Ohio State linebacker.

I thought it would be fun to play the ‘what if?' game after hearing the rumours that were rife throughout the draft process.

Suppose the Steelers didn't select Ryan Shazier instead taking one of the cornerbacks that many thought was their primary position of need? Well the Cowboys hand in the card with Shazier's name on it but that still doesn't fix the right defensive end spot that was, and still is with the injury to DeMarcus Lawrence, a problem position. The Cowboys continue with their plan to take the Boise State defender by trading up in the second round so they lose their 3rd round pick. There's now no need to take Anthony Hitchens in the 4th round but OG Trai Turner who they were targeting has gone by the time they select in the 4th round.

I think the 2014 class ended up being a better scenario than this one, especially given Shazier's sporadic early season play. Thank god the Steelers took Shazier!

However, consider this. The Cowboys had also been rumoured to be trying to trade that 16th pick used to select OG Zack Martin and move down in the 1st round. They felt so good about DeMarcus Lawrence and had him rated as the 3rd best pass rushing defensive end. Say they can move back and select him at the back-end of the 1st round receiving a 3rd round pick as well. In the 2nd round they can continue to fortify the defensive line with the selection of Timmy Jernigan, who Baltimore selected with the 48th pick one position after the Cowboys were slated to pick. In the 3rd round they are able to select OG Trai Turner who was coveted and fills the place now taken by Martin. Turner has started the year strong and may not be a big step back from the play we have seen on the offensive line thus far. You now have a late 3rd round selection as well as the other picks Dallas used in the spring.

It's still early to consider the results of the 2014 draft, but which direction would you have gone in?

Who would you have taken if you had that extra pick and would you prefer that scenario over the players now wearing the star? It's all hearsay now but I'd be interested to hear what you think. Let me know @DCBenMcKeith.