As has been noted about a million times this offseason, the Dallas Cowboys secondary went through a lot of change over the past few months. Veteran starters Brandon Carr, Morris Claiborne, Barry Church, and JJ Wilcox have all found new homes, and the Cowboys are now going to lean heavily on newcomers and rookies in the back-end.

And, most expect that it will all be okay. After all, the players Dallas drafted are all talented, and second year cornerback Anthony Brown appears to be a legit number one corner in this league.

But, while all of this points to youth and change, the longest standing corner on the Cowboys roster may be their most important this season. This player is now the old veteran of the Dallas secondary, and will be forced into a position he has not yet had to fill.

The position is that of a leader. And that player is Orlando Scandrick. 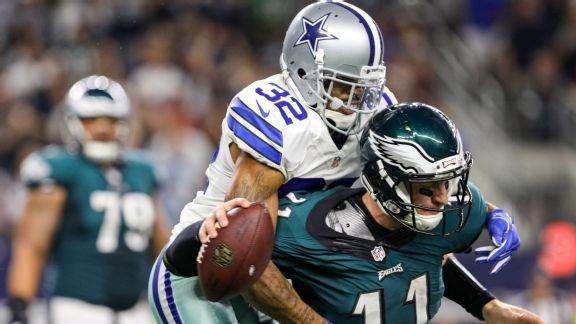 Scandrick had an impressive preseason, most notably against the Indianapolis Colts. Playing both in the slot and on the boundary, Scandrick showed the ability to stay sticky in coverage and make plays on the ball once it got there.

It’s been a bit of a bumpy road to this point of leadership for Scandrick. After drafting Chidobe Awuzie in the second round of the 2017 NFL Draft, it was rumored that the Cowboys were actively shopping Scandrick, hoping to get a draft pick in return.

It made sense to do so. Awuzie fits many of the same roles which Scandrick does, especially as a nickel corner in the slot. It seemed sort of redundant to keep both these players, and Jourdan Lewis on the same roster.

Regardless, Scandrick remained on the team. And, as of week one, Scandrick is one of the starting cornerbacks along with Anthony Brown. He has shown that he deserves this place on the team thus far, and seems ready to prove why the Cowboys were right in keeping him around during this season.