There are a bunch of new faces along Dallas Cowboys the defensive line this year, as well as plenty of familiar ones. If there is one thing to remember with this defensive line it’s that there is no real stud, but also no real push over.

Starting with the familiar faces: Tyrone Crawford, David Irving, DeMarcus Lawrence, Benson Mayowa, Maliek Collins, and Cedric Thornton; these guys will carry a bulk of the responsibility early on, teaching the younger guys the ways of the Cowboys QB Hunters.

Year after year we look for Rod to turn a nobody into a somebody, but I can confidently say that Marinelli has some talent to work with this year.

First, let’s sort out our defensive lineman by position.

Now the reason I sorted these out is simple; the players above are listed with the position I see them playing the most of this year. The hybrids are players who will likely see time at both defensive tackle and defensive end.

David Irving would realistically be my best option at left end, but unfortunately he will be suspended the first four games of the regular season. 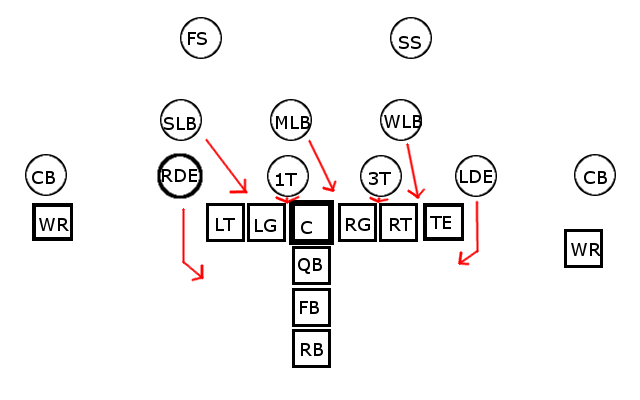 In a base 4-3 defense we have a right end, a one-technique, a three-technique, and a left end. In these base packages the best line in my opinion would look like this:

The “nickel” defensive line normally looks a little bit different. In nickel the odds of the offensive play call being a pass is normally greater than a running play (due to the number of wide receivers). In these instances, the defense normally tries to put its best pass rushers on the field.

In the nickel packages (without Irving and Moore) the best combination could look something similar to this:

You won’t see this defensive line much, due to the lack of size on the field to play the run, but when offenses are in passing situation this is certainly the Cowboys’ best combination to get pressure on opposing quarterbacks.

There do come instances in games where you have to totally change the defensive line to help stop the run. The Cowboys have the right bodies on their depth chart to do so.

In these instances look for the defensive line to look something similar to this:

You might notice that this combination looks very similar to the base 4-3 defensive line, except Taco Charlton will slide in at right defensive end. Taco Charlton’s length and power against the run is something that he can certainly bring to the table this year, making him a valuable option at defensive end in certain situations throughout games.

Not having David Irving and Damontre Moore on the field together until week five definitely hurts this football team.

Some may argue that Irving and Moore are the two most talented defensive lineman on the Cowboys’ roster and I tend to agree with them. The combinations that can be had with both Irving and Moore in the lineup are almost endless. 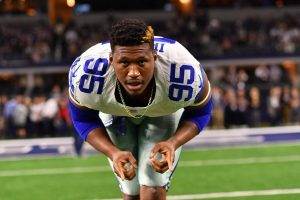 Both guys have the flexibility to play right end, left end, and three technique in certain situations.

Both play with a great amount of power that is difficult for offensive lineman to deal with. Irving’s length makes it extra difficult for blockers to control such a long, powerful, and fast rusher.

When David Irving and Damontre Moore return from serving their suspension, the defensive line will really have nice puzzle pieces to play with.

In the base defense Irving will likely get the start at left defensive end with DeMarcus Lawrence at right end. In nickel situations Damontre Moore or David Irving could slide in and play the three-technique spot with Maliek Collins moved over to one-technique.

When the reinforcements do make their triumphant return the defensive line, I think the most effective combo would be:

What DL combination will be the most disruptive for opposing teams?