The Dallas Cowboys have become a prime example of what roster building in the NFL should look like at its best under Will McClay, and recently signed WR Lance Lenoir of Western Illinois is proof of this.

Lenoir's signing may not have made many headlines, but after scouting him right here and now being fortunate enough to spend a few minutes talking to him, it appears the Cowboys have found another potential steal at the WR position with the right attitude, physical traits, and experience to break in with America's Team.

Listen to my interview with Lance Lenoir right here, or read below, as he discusses everything from his HS playing days with now-Vikings WR Laquon Treadwell, college football experience, and life as a Cowboys fan once studying Dez Bryant. 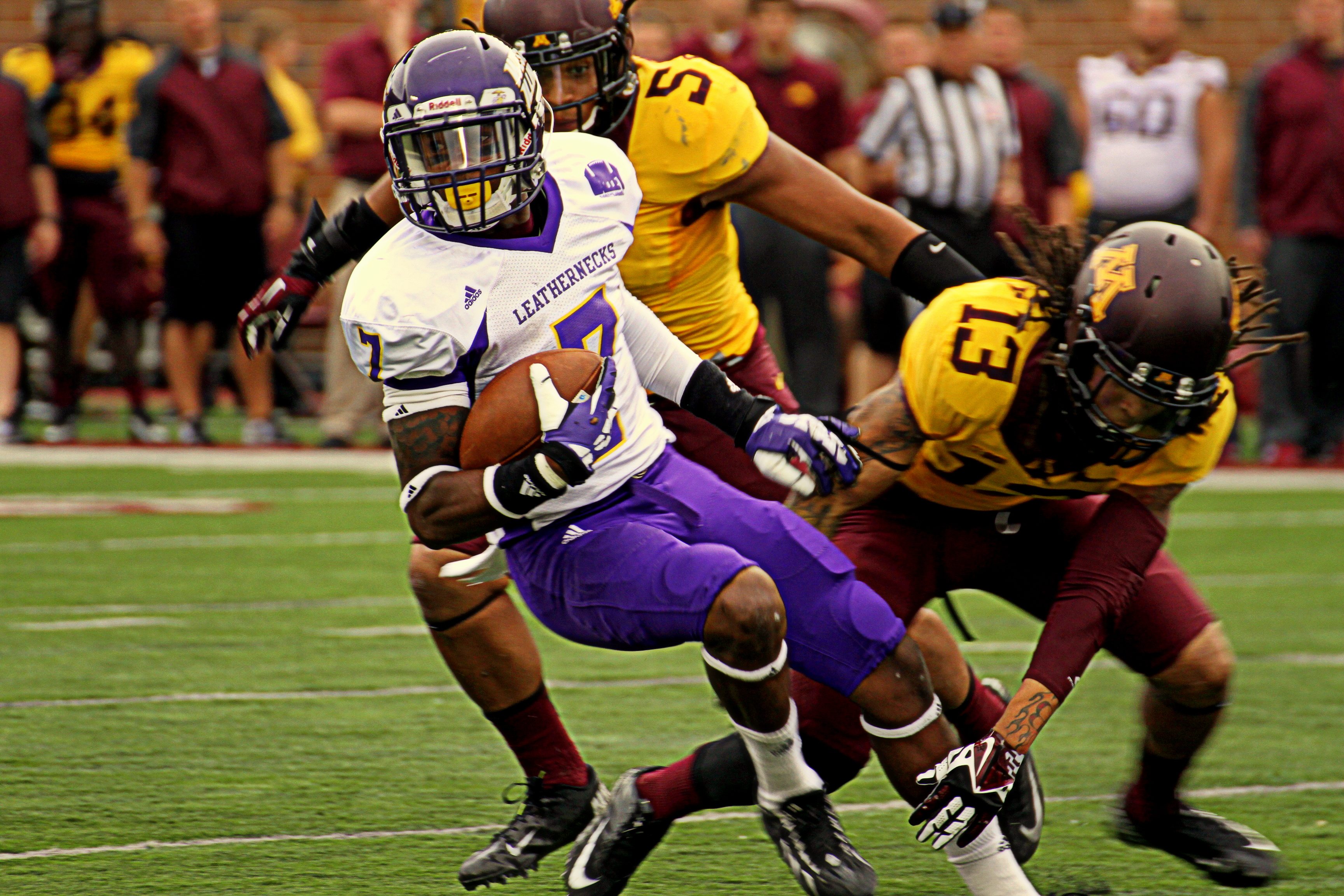 Q: To start off, what is the one thing Cowboys fans should know about you when it comes to your game and what you bring at the WR position?

Lance Lenoir (@Lance_Dreams7): I'm a great competitor. I have great hands, run great routes, and I'm going to go hard on every play. I'm going to help contribute to the team and hopefully help bring a Super Bowl championship to Dallas.

Q: What trait do you personally think gives you the best chance to make an impact right away with this team? What are you most comfortable doing in any offense, having done whatever the team needed of you to win in college?

Lance Lenoir (@Lance_Dreams7): I can do a lot. We have great competitors like Dez Bryant, Cole Beasley, and Terrance Williams that are great veterans to learn from. I'm just playing my role and playing on special teams, working on strength, being great on special teams.

I also bring in good routes and strong hands, being consistent and doing anything coaches ask me to do.

Q: How much did your short experience with the Bears earlier in the offseason help you feel a little more comfortable at Cowboys minicamp?

Lance Lenoir (@Lance_Dreams7): It was definitely comfortable, it wasn't something new to me. I was already in this position so it was comfortable coming in to do what I do.

Q: How has working with players like – as you mentioned – Dez Bryant, Terrance Williams, veteran Jason Witten, and Dak Prescott been? It has to be pretty surreal knowing that the team you have a chance with now is loaded with young, ready-to-win talent right on the offensive side of the ball.

Lance Lenoir (@Lance_Dreams7): Being with that group of guys is definitely great motivation. Jason Witten is a Hall of Fame guy and a Pro Bowler, and so is Dez Bryant. They all come in with a strong attitude and it all rubs off on us, so we have to bring that each and every day – I look up to those guys and I'm glad to be in this position.

Q: Are you particularly drawn to this offense because of the physicality they play with across the board, being a physical player yourself? Is it something you admire about this offense?

Lance Lenoir (@Lance_Dreams7): Of course, yes. Being a tough receiver, Coach Dooley lets you bring some nastiness with you and I feel comfortable being here. I'm ready to get to work. 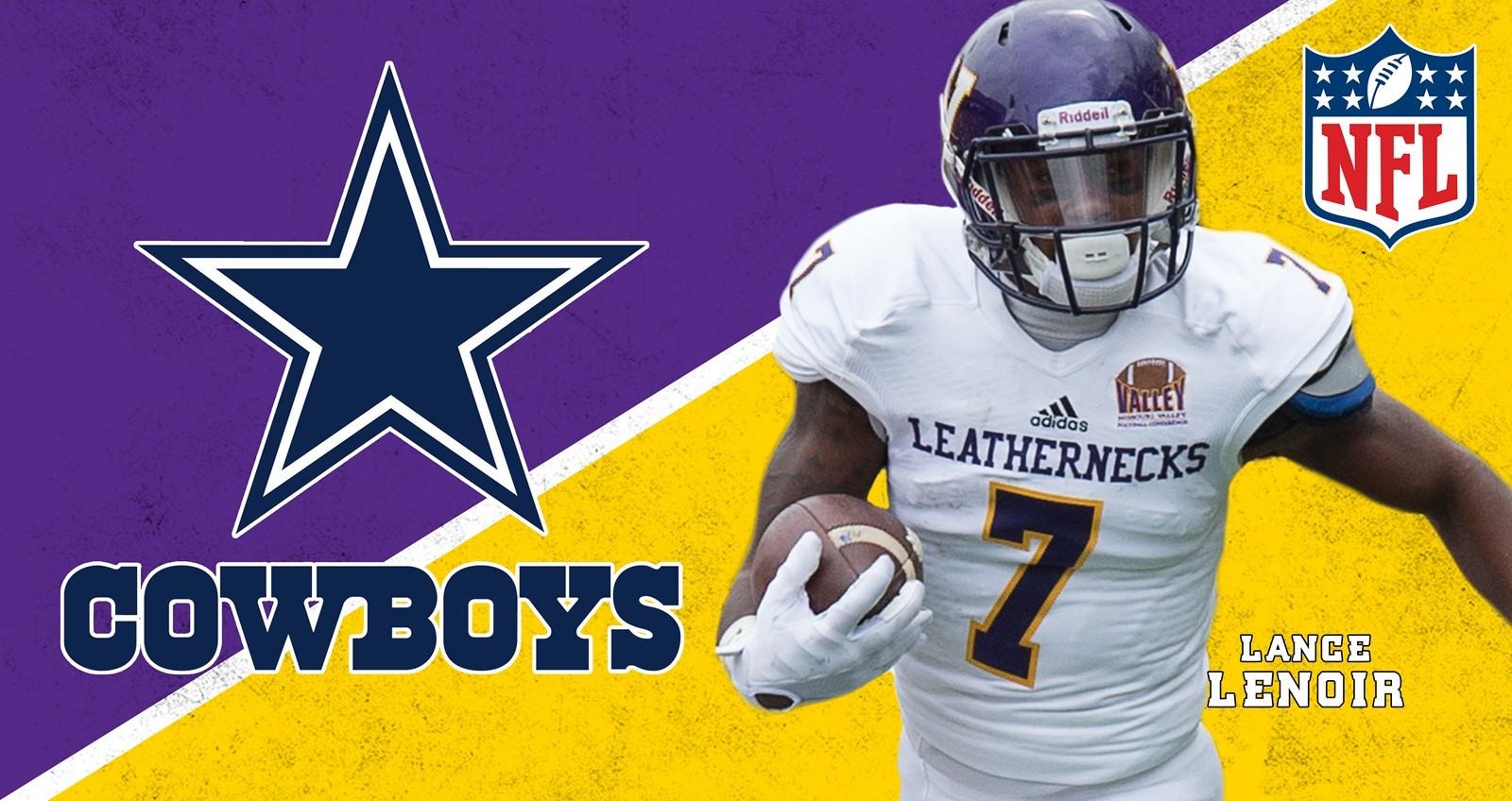 Q: Is there a receiver in the NFL you've tried to model your game after?

Lance Lenoir (@Lance_Dreams7): It's funny you said that, that guy has always been Dez Bryant.

I looked at him when I was young and also in college, and have always admired his game and his nastiness. I've tried to compare myself to that.

Being next to him now, as a Dallas Cowboy, it is great to learn a lot from him.

Q: Have you had a lot of time to talk to Dez and see his work ethic?

Lance Lenoir (@Lance_Dreams7): I talked to him through minicamp and he's taken me under his wing. We've been working on things, he's answered questions for me and his help has been good so far.

Q: As just a football fan, what did you think of this Cowboys' offense a year ago taking the league by storm with two rookies in Ezekiel Elliott and Dak Prescott? How excited are you to now have your name on this roster with them?

Lance Lenoir (@Lance_Dreams7): It is a blessing to have my name with the Dallas Cowboys and compared to great names like you mentioned. I've always been a Cowboys fan and this is basically a dream come true. This is a strong team and they have a lot to bring, I”m just glad to be in this position with them.

Q: What was the experience like when you found out you were being signed after working out for the Cowboys?

Lance Lenoir (@Lance_Dreams7): It was a great day, they told me after my workout I would be signed but it wouldn't be announced until Tuesday. I stayed in Dallas and worked out with Derek Dooley, and stayed in shape. I was excited, and I called my agent and then my family to tell them all the great news. It's basically time to get to work now and do what I do.

Q: What are you looking forward to with the competitiveness of training camp, being ready for the challenge of competing against so many other WRs?

Lance Lenoir (@Lance_Dreams7): Coming in is going to be fun with a great group of guys to learn from. I'm just studying the playbook, learning what I need to and playing. I'm going to come prepared to stay on this team. 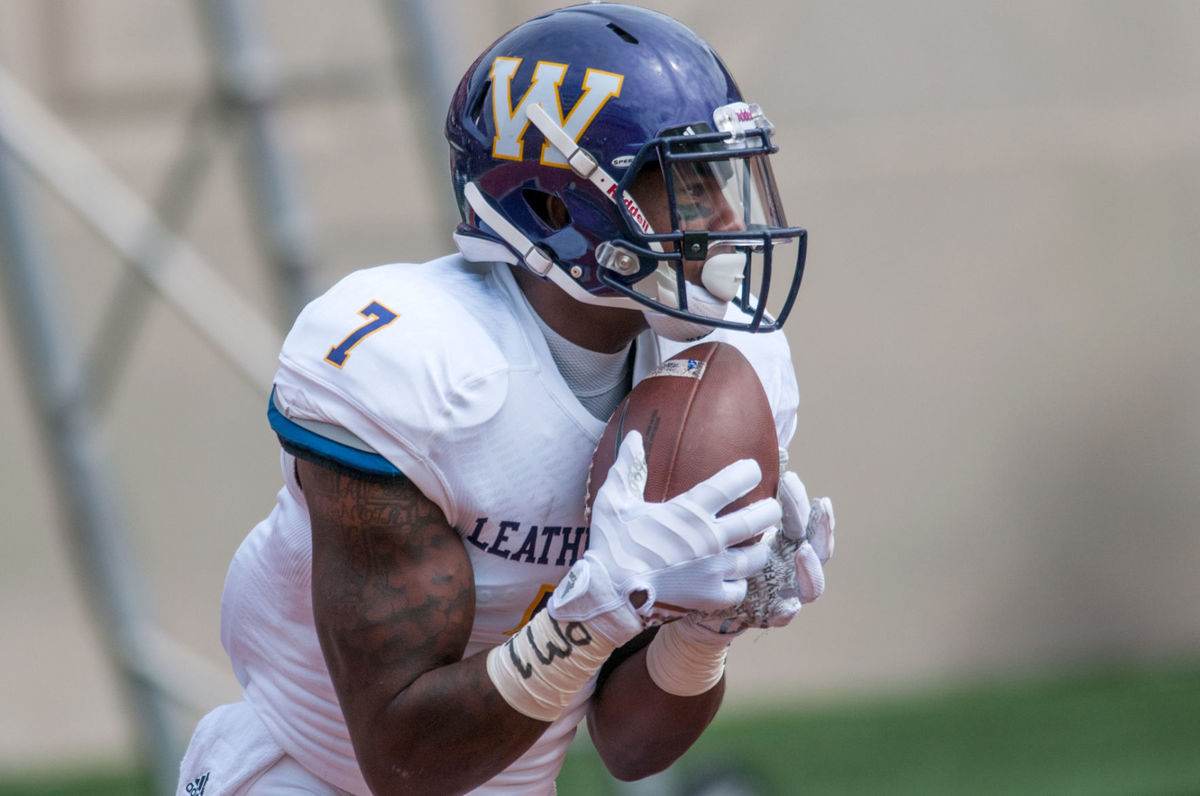 Q: Getting back to your tape from Western Illinois, do you think the blocking element of your game is something that can help you on a team that values that so much from their receivers?

Lance Lenoir (@Lance_Dreams7): Blocking was something that was very important to me, even when I played HS ball. My coaches preached that you can't be on the field if you can't block, so I carried that with me through college. Now in the pros I'll come with the same nastiness that Dez, Beasley, and Williams do as blockers and play makers.

Learning from this great group of guys and bringing that consistency will be needed.

Q: What's been your impression of the young defensive backs the Cowboys have, with Dez Bryant already saying he's loved the way they've competed so far?

Lance Lenoir (@Lance_Dreams7): Those are a great group of guys. They bring that dog mentality which you need on your team to compete. It makes you stay on your toes every day, you can't slack off and take reps off or be lazy knowing their coming. Jourdan Lewis, Chidobe Awuzie, and Xavier Woods are all competitors so being around them is helping me and they're all great guys.

Q: It seemed like your best games in college came against higher competition. When it comes to the day in and day out grind of the NFL, how much does this part of your experience help you?

Lance Lenoir (@Lance_Dreams7): All of that is having confidence. I was glad to be at Western Illinois, they showed me a love that was very genuine which is why I chose to go there. I'm never afraid of any competition, I put on the same shoes and sweat and bleed just like any competitor.

There's never a threat from bigger schools or competition, it's all about being yourself and balling – I'll never be scared of any competition because I'm confident in my ability to play hard, give it my all, and know I belong here. I played alongside Laquon Treadwell in HS, my best friend, and we always had that nastiness in college and now in the pros.

Competition has always made me stronger.

Q: How has working with WR Coach Derek Dooley been, and what have you been able to learn from him?

Lance Lenoir (@Lance_Dreams7): Coach is a great guy, he's helped me catch up on the playbook since I was late coming in. He's been impressed by my ability on special teams and the play-to-play effort. They took their time with me catching up on the playbook in three days, but come training camp there's no excuses and I'll be prepared. He's a great guy and a great coach, any questions I need he has been there for me which I appreciate.

The Cowboys are absolutely stacked at WR now with the top of their depth chart set, and Lance Lenoir prepared to make the absolute most out of his opportunity with his favorite team.

Watching all of these guys line up against a nearly identically deep pool of hungry defensive backs is going to make for must-see football in training camp.

Inside The Star will have you covered as always, and thanks again to Lance for his time!