Owner/general manager Jerry Jones knows all too well that one of the top priorities this off-season is to improve the pass rush for their defense. Unfortunately, finding those dominant pass rushers that can take over games are difficult to come by. Which is why I decided to think a little bit outside of the box and find Jones one of those “war daddies” he is looking for. That is where the former New England Patriots linebacker, Dont’a Hightower comes in.

Before I dive into how I think Dont’a Hightower can help the Dallas Cowboys’ pass rush, let me share with you what Jerry Jones recently said in an interview when asked about improving arguably the teams biggest off-season need.

If we take Jerry Jones at his word, then finding a way to bring in a dominant pass rusher is at the top of the list this off-season. Unfortunately, we have already seen a lot of the best free agent defensive ends slapped with the franchise tag, essentially taking them off the market. That narrows down the Cowboys free agent options significantly.

Former Green Bay Packer, Nick Perry, has become the best available pass rusher on the market by default. But as such, the Cowboys might have to get into a bidding war to win his services. That is why I decided to think a little bit outside of the box and focus on a player that probably won’t be linked to the Cowboys because of the position he has played so far in his NFL career, Dont’a Hightower.

I know what a lot of you are probably thinking about right now. Why would the Dallas Cowboys bring in a player that has been a middle linebacker his first five years in the NFL to help with the pass rush? 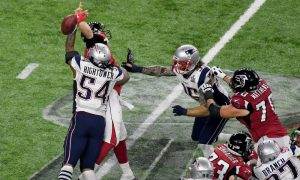 The answer to that question is simple. I’ve always believed that Dont’a Hightower would be a fantastic pass rusher, which is exactly what the Dallas Cowboys are looking for.

Hightower has the size (6’3″, 265) to be an every down defensive end in a 4-3 defensive scheme. Plus, he has already had success at the NFL level getting after the quarterback as a situational pass rusher, evidenced by his 17 career QB sacks. That’s pretty impressive considering he plays the majority of his defensive snaps as a middle linebacker.

How would Hightower be utilize the best?

Dont’a Hightower’s versatility to play several positions could be used in a number of different ways in defensive coordinator Rod Marinelli’s scheme. We all know how much the Cowboys value position flexibility in their defensive players. 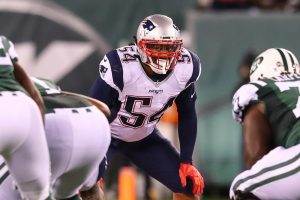 Since Jaylon Smith’s 2017 status is still somewhat in the air, Hightower could be an insurance policy if things don’t go as planned. Hightower would add some much-needed “meat” to the middle linebacker position for the Cowboys. The majority of the linebackers on the roster are probably better suited to play on the weak side, but Hightower would add a little extra thump in the middle due to his size.

The Cowboys would probably prefer to bring Smith along slowly, so Hightower could be the starter for the first couple of downs and then be moved to defensive end in obvious passing situations. That would allow Smith to use his athletic ability in the passing game, while also giving the defense someone who can get after the QB.

What is Hightower’s market value compared to the top pass rusher?

According to Sportrac.com, Dont’a Hightower’s market value is somewhere in the range of four-years, $40 million. That comes out to about $10 million per season. It may seem a little rich and more than the Dallas Cowboys have spent on signing free agents the past several seasons, but his position flexibility could make him well worth the money. 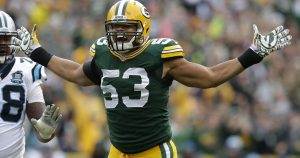 I mentioned earlier that Nick Perry is probably the top free agent pass rusher still available on the market. His market value according to Sportrac.com is somewhere in the range of five-years, $40 million. He would be a little bit more affordable at about $8 million per season, but he doesn’t provide the same kind of position flexibility that Hightower does. Also, Perry hasn’t really been as productive as a pass rusher as Hightower either.

Both players were selected in the first round of the 2012 NFL Draft. In their five years in the NFL, Hightower has 17 QB sacks, while Perry has just 23.5. Perry’s numbers would be even less impressive if not for his 11 sack season in 2016.

Of course, all of this is just speculation. Dont’a Hightower would have to be willing to become more of a defensive end with the Cowboys instead of a middle linebacker. Sure, he would probably still play MLB, especially if Jaylon Smith isn’t ready to go, but it would still be a position change of sorts. Although, he was kind of used in a similar fashion with the Patriots.

Then, the Cowboys would have to go against their free agent philosophy they adopted the past several years and sign a big name player to a big money contract. I’m not going to rule it out, but it seems unlikely. Although, this team is built to be serious contenders for the next several years, so if Jerry Jones and Company believes Dont’a Hightower is a player that can take them to a higher level, we could see this come to fruition.

Do you think Dont’a Hightower would make a good pass rusher?