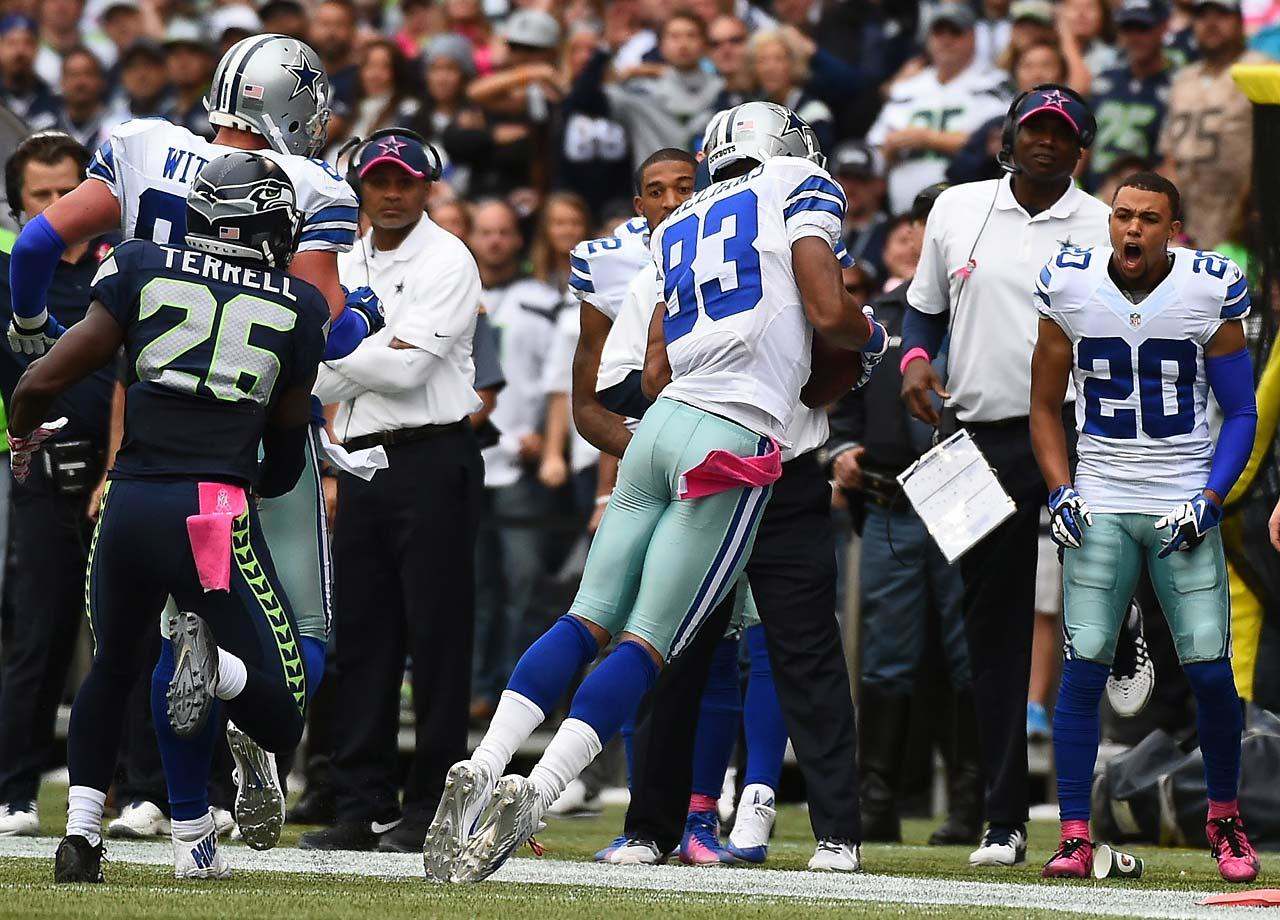 Plain and simple, Dez Bryant cannot be replaced. Unfortunately, replacing him is going to be a challenge for Jason Garrett and his coaching staff as the Cowboys prepare for their week two matchup with the Philadelphia Eagles. Using Jason Garrett’s next-man-up approach, it’s time for Terrance Williams.

The third-year, wide receiver might have, at one time, imagined the thought of being the Cowboys main man on the outside. And now, with an injury sidelining Dez Bryant, for at least a month, it’s Williams’ time to shine.

Entering his second season in 2014, Williams, at times, showed that he has the ability of being a receiving threat in the Dallas offense. After recording five touchdowns in 2013–his rookie season, Williams backed it up with eight touchdowns last year.

His thirteen touchdowns are third-most by a Cowboys receiver during his first two seasons, trailing only Bob Hayes (25) and Dez Bryant (15).

Williams was also a valuable part of the Cowboys offense in the playoffs. In two games, he scored three of Dallas’s four receiving touchdowns and finished second on the team with 130 receiving yards.

Herein lies the question: In 2014, in a span of seven games, beginning with Washington on October 27th, and continuing through the Philadelphia game on December 14th, Williams all but disappeared–recording a jaw-dropping 13 receptions and zero touchdowns.

As I mentioned above, with Bryant’s time frame to return essentially unknown, the man who most predict will become the Cowboys number one receiver, cannot disappear for a long stretch of the season.

When asked about the loss of Bryant, Williams responded by saying, “These are the moments you train for, I don’t have any pressure. I’ve just got to go out there and run the plays that Coach calls and Tony (Romo) gives me. Stick to my fundamentals and play fast, that’s what got me here.”

Williams has shown the ability to make explosive plays. He won’t scare opposing defenses and draw constant double teams the way that Bryant does. I fully expect Williams to continue to see one on one coverage, and it’s now his time to show that he can consistently win on the outside and catch the ball.

Williams is a perfect number two wide receiver and will more than likely never be considered top-tier. But, in order for Dallas to be successful until Bryant returns, Williams has to step up and be the dangerous threat on the outside. And again, he has to catch the ball.

You tell me. Is William's capable of holding down the fort until Dez returns?