It's been a rough season for the Dallas Cowboys. A season that started with championship or bust aspirations has most definitely teetered to the bust end of the spectrum. As fans and media grasp for reasons why this immensely talented team is falling so short, a common excuse has been the volatile locker room and all of the “distractions” emanating from it.

On Thursday, RJ Ochoa and Bobby Belt spoke with James Washington, the former Dallas Cowboys safety who was an integral part of the 1992 and 1993 Super Bowl teams that had such a combustible group of players.

“You wanna talk about distractions,” Washington told us. “Start with Michael Irvin, Nate Newton, Charles Haley, to just name a few. I mean we had a distraction every year.”

So why were such large personalities not a problem for those teams? Washington says it comes down to personal responsibility and respect for your teammates.

Washington says that type of brotherhood is missing from this present Cowboys team. It's that sort of selfishness that Washington believes is more responsible for this team's struggles than simple public distractions.

“When I look at this current Dallas football team, they're trying to play for individuals. This particular team has a bunch of “I's” that don't care about the team.”

To hear more of James Washington's thoughts on the Cowboys and their locker room turmoil, be sure to check out Cowboys Cast tomorrow at 1 pm Central. Or download the Pigskin Hub – Cowboys News Android app from the Play Store to receive the update straight to your phone.

You can listen to this episode, out now, below.

Bobby has served as host of Cowboys Cast since its inception in the spring of 2015. He’s a veteran of the radio industry and has worked on numerous nationally syndicated talk programs as both a technical director and producer. A lifelong Cowboys fan and pseudo-historian of the team, Bobby has built up an extensive collection over the years of original game broadcasts from the 70s, 80s, and 90s. His knowledge of the game and the Dallas Cowboys team make him the Cowboys Cast resident Cowboys Historian.

That's an interesting take on it, and one that I can understand.

As much as I love guys like Cole Beasley and Dez Bryant, they do spend an inordinate amount of time (it seems) worrying about what fans are saying about them personally on Twitter/Facebook/ESPN etc. Some of that has to do with being sensitive, which I think the Beas and Dez are, but I can see the perspective of selfishness as well.

And I think it's got a lot to do with how the world has changed for players in the last 20 years.

In 1993, there were no social media sites, unless you count TelNet, so indiscretions went much more unnoticed. Players had only the TV, radio, and newspapers on strict schedules to monitor for high-integrity stories about them. But now, integrity rarely even enters the equation and the stories can come from hundreds of different places at all hours of the day. As you say, Zac, some players are more aware of that than others and are hence deemed sensitive.

But I think James was getting at something altogether different than just that. I believe he's talking about the sort of leadership that we got to know from afar with guys like Aikman and Irvin. Romo is a leader for this team by position, Witten a leader by example, and Bryant a leader by emotion, but no matter how many times Romo tries to get his guys going during a bad game he still ends up having to turn on gunslinger mode and do much of it himself. To me, that's where the individual aspect comes into play over the team aspect. Bloated contracts compared to what they were Washington's days probably haven't helped matters any.

I think offensively the style of play from last season to this season (and of course having to do it most recently without Romo) has had some impact on leadership. Last season was so simple, just turn around and hand the ball to Murray. Everyone had to buy into that for it to work, and everyone had a clear role each week. Now we've been trailing in these games, having to spread guys out and throw the ball all over the yard. Been threw a ton of running backs. That doesn't help.

I'm probably overthinking this, but it could prove true once we see Romo return on Sunday.

I adore "Big Game James" as much as anybody but his point of view is from the outside looking in. Yes he was a Cowboy and has a bit more access than the casual fan but he can't say the current cowboys are a selfish lot without being in that locker room and on that practice field. I believe the vast majority of the guys do everything they can for the team, their teammates, and themselves. Guys like Jason Written, Tony Romo, Sean Lee, Dez Bryant, Barry Church and many,many more are team first guys. Sorry James but I'm not buying it. 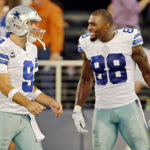 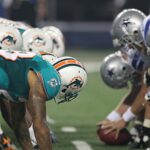