The Dallas Cowboys took a huge risk when they decided to draft Jaylon Smith 34th overall in the 2016 NFL Draft. There were a lot of other players available that could have made more of an immediate impact, but the Cowboys opted to go a different direction by drafting the talented linebacker out of Notre Dame. 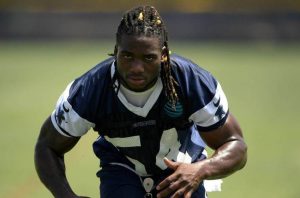 They were rolling the dice that he would be able to make a full recovery from the devastating knee injury he suffered in Notre Dame’s Bowl game against Ohio State. Luckily, it is looking like the dice won’t come up snake eyes, because he should be back to 100% for the 2017 season.

Smith’s return to the field has been highly anticipated and has a lot of us anxiously awaiting to see how much he can help improve the Cowboys defense.

I thought that this would be a good time to break down Jaylon Smith’s game to take a little bit of a closer look at what he brings to the Cowboys defense, and where he might need to improve.

I studied a lot of Smith’s film and decided to use Notre Dame’s game against the University of Texas in 2015 for this article, because of all of the different ways he was utilized on defense.

Let’s first take a look at some of his weaknesses, because there’s not very many.