With the NFL world awaiting comments from now Pro Football Hall of Fame member Jerry Jones in regards to suspended Cowboys' running back Ezekiel Elliott, Jones instead delivered much more relevant news about a player his team will actually have on the field come their preseason home opener against the Colts – LB Jaylon Smith, who will make his official Cowboys debut on Saturday.

Smith has been working towards seeing live game action at an impressive pace since the start of training camp, repeatedly practicing in pads and looking like the all-around stud he was out of Notre Dame before his injury despite playing with a “Richie brace”.

Jerry Jones says Jaylon Smith will play this weekend vs. the Colts.

On Monday, Smith was noticeably excited after ending the Cowboys' practice with his signature swipe move and unabated sack of the quarterback. Doing this in a practice uniform that has amazingly become a regular part of Smith's life as the 34th overall pick in the 2016 draft, it is hard to imagine how #54 will be feeling when he puts everything together on Saturday to actually line up and play for the Dallas Cowboys at AT&T Stadium.

Jaylon was in uniform for the Hall of Fame game against the Cardinals but was ruled out well before it. It was Stephen Jones that made headlines this past week by hinting that Jaylon Smith could play against the Rams, but his debut will instead come a week later in front of Cowboys Nation.

Talks of Ezekiel Elliott's suspension have overshadowed any true football talk surrounding a Cowboys team that just saw their young defense make a ton of plays against the LA Rams. Adding a ready-to-play Jaylon Smith seems like the perfect reminder to everyone doubting the Cowboys this year that their 2016 dominance was fueled by much more than just Elliott out of the backfield.

The Cowboys are going to be just fine – they have Jaylon Smith playing football in three days. A true MIKE linebacker that can cover, defend the run all over the field, and pressure quarterbacks is a defensive game changer the Cowboys have sorely lacked in their front seven for years now. The Cowboys have failed to put much long-term, consistent talent next to Sean Lee at linebacker in particular. 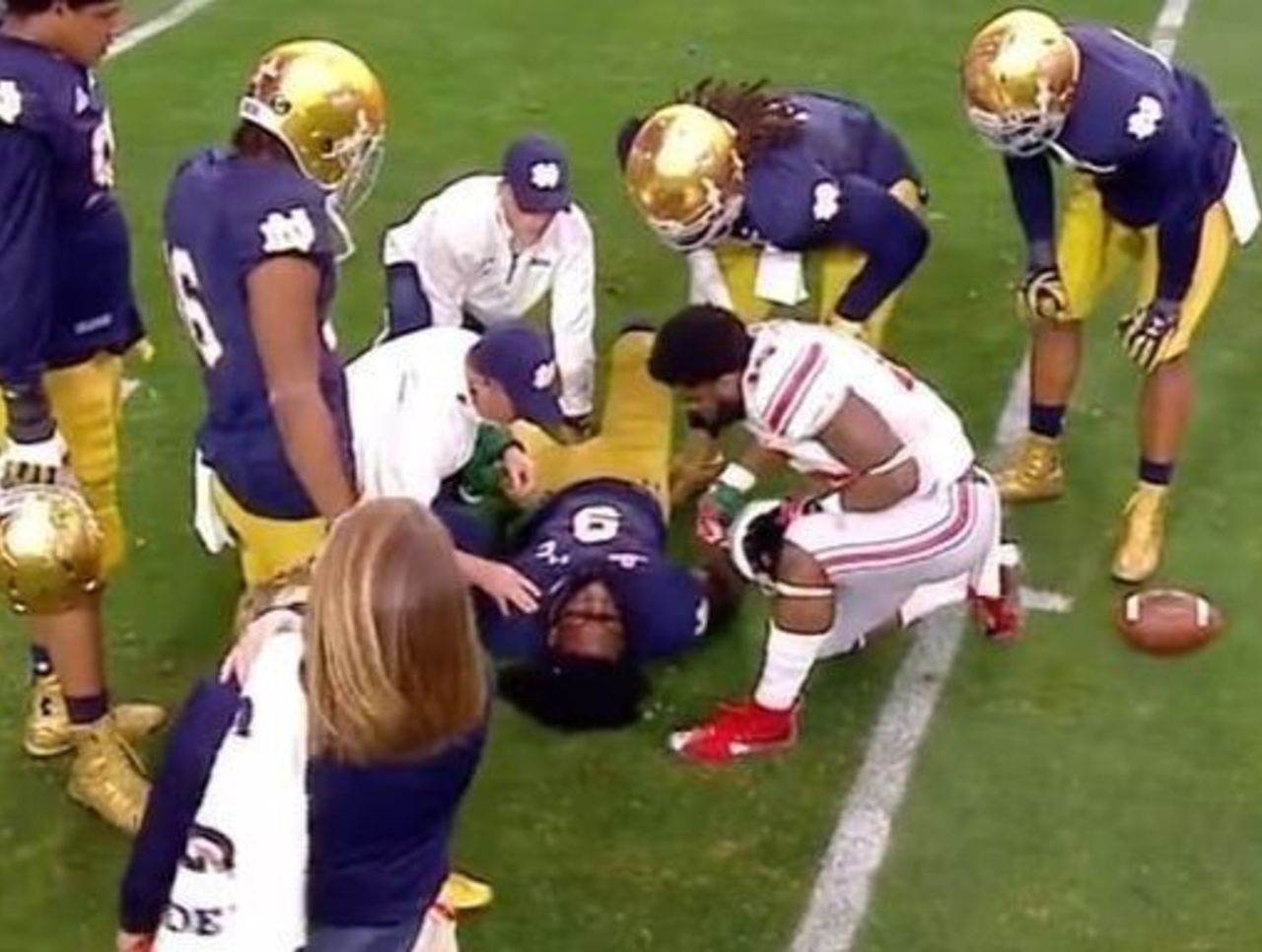 Smith's NFL debut will come exactly 597 days after the scene in the above picture unfolded, as Smith suffered a gruesome injury in a New Years Day bowl game against Ohio State, where Ezekiel Elliott was there to console his eventual Dallas teammate.

The Cowboys as a team have collectively shown their support for Elliott through his off-field issues, and I expect even more love to be directed Jaylon Smith's way from his teammates, coaches, and fans on the field Saturday – as the Cowboys will host one of their most intriguing preseason games in recent memory, with other key starters such as QB Dak Prescott expected to participate.