Listening to Jerry Jones can sometimes feel like wandering through a maze.  The Cowboys owner and general manager's speaking style can sometimes meander, dancing around the point he's making. This was not the case yesterday as Jerry spoke in the Lucky Whitehead situation; his comments were direct and powerful. 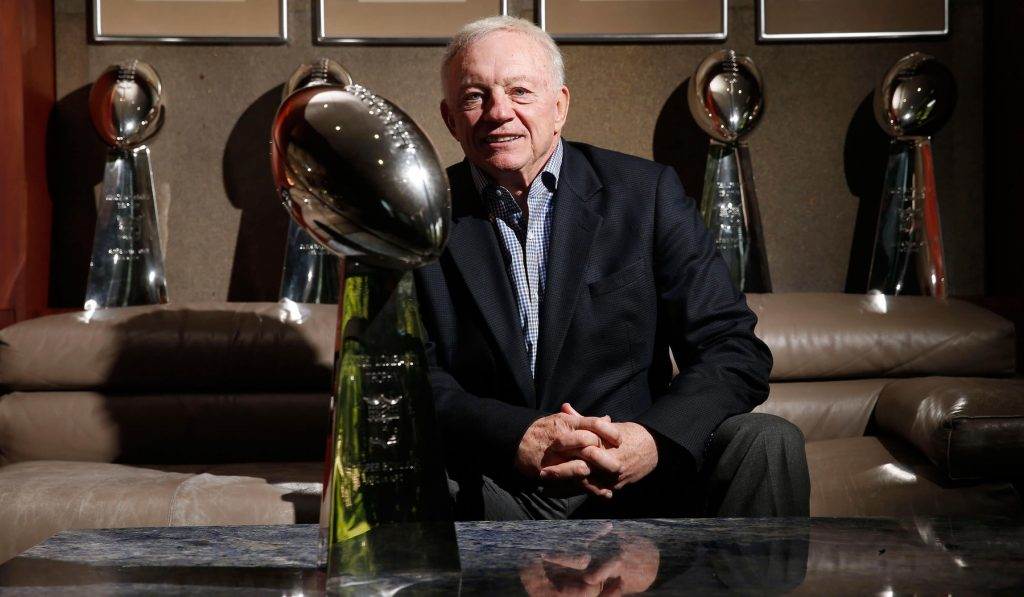 As you already know, Dallas released Whitehead after what has since been revealed to be a case of mistaken identity in a shoplifting charge. In his own defense of the move, vice president Stephen Jones said the “culmination” of things with Lucky led to the decision. Coach Jason Garrett practically scolded the media, citing that the team knows more about the players than they or anyone else does.

Perhaps surprisingly, while speaking with a large group of reporters on the practice field, it was Jerry Jones who made the strongest statement of all. His voice almost starting to quiver with emotion, Jones clearly took the criticism personally:

“When we do make a decision around here that is in the best interest of the team to move on, there's one thing you can forget about, and that is whether we're being fair or whether you've given it consideration of what it means to the individual. That doesn't happen around here.”

Truer words Mr. Jones has never spoken. Throughout his time with the Cowboys, Jerry has been knocked plenty for being overly loyal, be it with generous contracts during players' twilight years or for showing too much tolerance for personal conduct issues.

Some have criticized the team for only being loyal to guys who have perceived on-field value, such as their handling of Randy Gregory's drug issues or their support of star running back Ezekiel Elliott. Few, if anyone, expected Lucky Whitehead to make the 2017 roster. The argument is that Dallas' loyalty to players is entirely self-serving.

How does that explain Josh Brent, the now-retired defensive lineman whose drunk driving led to the death of friend and teammate Jerry Brown in 2012?  Even after Brent retired from football in 2015, having played just three more games for Dallas in over two seasons, the Cowboys continued work with him and eventually gave him a job in their scouting department.

Brent was no star player or high draft pick. He was just a guy, and one of many that Jerry Jones and the Dallas Cowboys have continued to work with and support even as their problems and “distractions” outweighed their performance.

Some might have wondered if the handling of Lucky Whitehead was a sign that Jerry Jones' influence was waning; the harder line coming from Stephen, Garrett, and other voices in the organization. Based on his comments, Jerry was clearly fully involved.

That Lucky Whitehead was released says more about his history before this incident than anything. Remember, he was suspended for a critical game against the Giants last year for being late to a team meeting. And no, it wasn't the typical “running late” situation.

ALERT: #Cowboys source use word 'AWOL' to me to describe #luckywhitehead status this am. Legit concern for safety/whereabouts.

Whitehead's social media activity the night before, which he quickly deleted, revealed his recreational activities. Indeed, the team contacted local police out of concern for Whitehead. I doubt that happens every time a player is late for a meeting, showing there's more to the story and Lucky's reputation that we don't know.

This was less about Whitehead's expendability as a player and more the issues that eroded his relationship with the team leading up to now. All this talk about “sending a message” is media-driven and not consistent with everything we know about Jerry Jones or even the handling of players during Jason Garrett's tenure. It's time to start pointing fingers in the right direction.

Jess Haynie
Cowboys fan since 1992, blogger since 2011. Bringing you the objectivity of an outside perspective with the passion of a die-hard fan. I love to talk to my readers, so please comment on any article and I'll be sure to respond!
Previous article
Is This Cowboys Defensive End Due for a Big Year?
Next article
Cowboys Training Camp: 5 Fringe Players Fans Should Follow

Despite Rush’s 4-0 record, Dak Prescott has to return as Cowboys starter

When Dak Prescott left the game late against the Buccaneers in Week 1, many thought the Cowboys’ season was done and dusted. It thrust Cooper...
Read more
Cowboys News

The Dallas Cowboys have been overcoming the odds since Week 2 of this season. After a poor showing in Week 1, even some of...
Read more