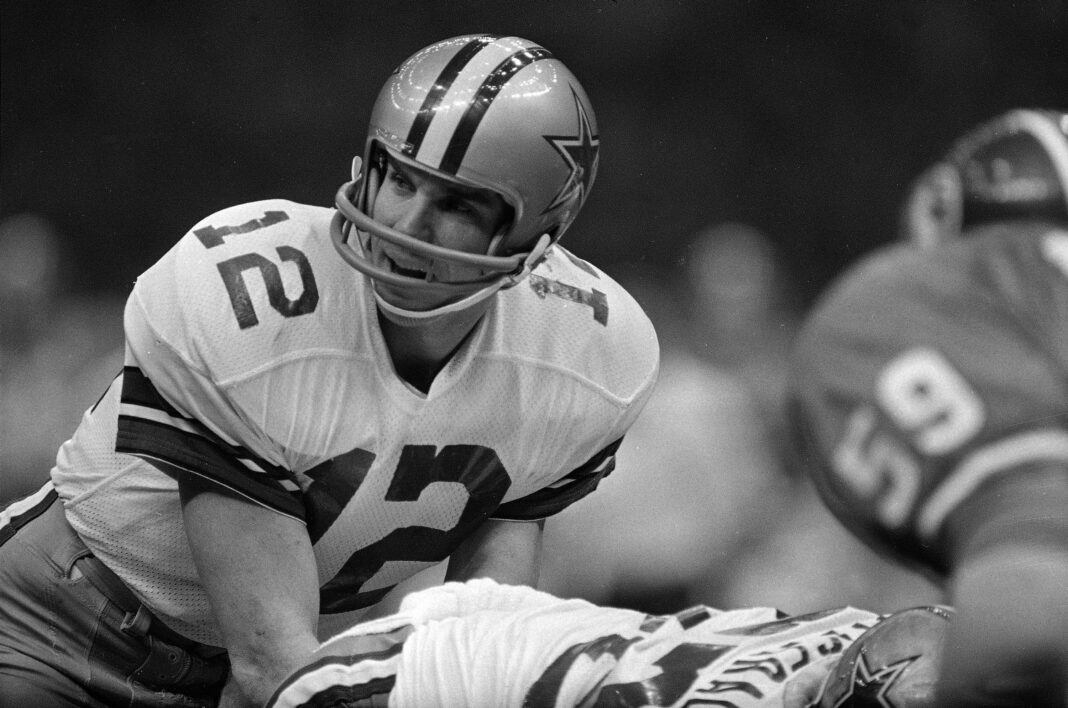 There are officially 62 days until the toe meets the ball at AT&T Stadium where the Dallas Cowboys will host the New York Giants on NBC’s Sunday Night Football.

I recently started re-watching Breaking Bad from the very first episode. If you’re a fan of the series you know that it was an incredible drama that had a lot of build up with a huge pay out at the very end. That’s going to be the 2015 Dallas Cowboys season. While the season feels like it's crawling to get here, Walter White wants you to know that we’re 62 days away from the ride of our life. To celebrate our impending joy, let’s discuss the Greatest 62 in Dallas Cowboys History.

The Following Players Have All Worn 62 For The Dallas Cowboys:

Today’s Cowboy Countdown highlights a gentleman taken in the fourth round of the 1970 NFL Draft. The 70s were a decade where Pro Football was really ascending in American culture and where players switched positions like a country line dance. John Fitzgerald was no exception as he spent his first two years in a Cowboy uniform as a defensive lineman before getting a shot at snapping the ball to quarterback Roger Staubach during training camp in 1972.

It took Fitz a year to get acclimated to his new position as he took over the starting duties anchoring the offensive line in 1973. His impact was immediately felt as the Cowboys had one of the more prolific offenses in that decade under his watch. Fitzgerald was one fifth of one of the greatest offensive lines that the Cowboys have ever fielded, a unit that he himself nicknamed “Four Irishmen and a Scott”. The line, aside from Fitzgerald, includes:

This unit kept Pro Football Hall of Fame quarterack Roger Staubach upright as he commanded some of the greater offenses throughout the 1970s. One of the distinctions of those Cowboys offenses was the reemergence of the shotgun formation. John Fitzgerald was able to snap the ball in this formation perfectly which, although it is done quite often in the present-day NFL, was a skill that evaded most centers. As a starter John Fitzgerald helped the Cowboys reach three Super Bowls (winning Super Bowl XII) and sustain success in an era filled with heavyweight teams. He was a critical element to the Cowboys of the 1970s and passed the center torch on to Tom Rafferty after the 1980 season (a tradition that Rafferty would carry on with Mark Stepnoski in 1989). John Fitzgerald was the anchor to the Four Irishmen and a Scott offensive line that had a ripple effect of greatness on the Dallas Cowboys over several decades. He was Roger Staubach's starting center and ball-snapper for the majority of his career and he is without a doubt the Greatest 62 in Dallas Cowboys History.

Check back tomorrow to find out who the Greatest 61 in Dallas Cowboys History is!