Every year there are players who don’t live up to their preseason Fantasy Football draft rankings. Sometimes it’s because the player has been hyped beyond belief throughout the offseason, and sometimes a great player just fails to live up to the expectations.

Whether it’s related to injury, poor play, or a talent emerging behind them to take their playing time, these players didn’t show up like you expected them to in 2016. 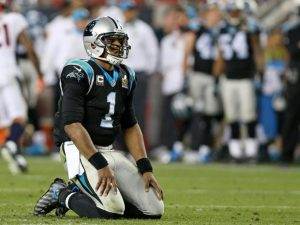 For a couple of quarterbacks who were drafted in the top four rounds (and in some mock drafts I took part in, as high as the second round) Cam Newton of the Carolina Panthers and Russell Wilson of the Seattle Seahawks severely underwhelmed.

Marred by inconsistent play from themselves, their receivers, and their offensive lines, both quarterbacks had a hard time maintaining QB1 consistency throughout the year.

This is part of the reason that the “wait on a quarterback” crowd is so adamant. Drafting a quarterback at the top of the draft can pay off, but when it doesn’t, it’s difficult to recover from. The first four or five rounds is where you are choosing your first couple wide receivers and running backs, and possibly your starting tight end.

Cam Newton and Russell Wilson finished 15th and 17th in points per game for Fantasy Football. If you’re drafting a quarterback in the first four rounds, this is not the kind of return you are hoping for. They finished behind Blake Bortles, Tyrod Taylor, Colin Kaepernick, Kirk Cousins, Tom Brady, Matt Ryan, Dak Prescott, Derek Carr, Marcus Mariota, and Matthew Stafford, all of whom were likely taken later than the eighth round and several of these even went undrafted. 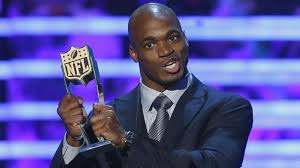 Peterson, whose nickname is All-Day (AD) didn’t get a chance to show much in 2016 after suffering an injury in the first week of the season.

When you draft a guy like Peterson first overall (which I’m guessing a lot of people did, and even I suggested {doh}) and he doesn’t play much during the season, that is a season killer. Even if you handcuffed him with Jerick McKinnon, that likely didn’t help you much either. The Minnesota Vikings offensive line was a sieve in 2016. They couldn’t pass protect and they couldn’t run block.

Adrian Peterson is a great player, but sometimes even the great ones can’t overcome poor play around them.

Peterson played in three games and averaged 2.3 fantasy points per game. That isn’t good enough for a player who has been at the top-five at his position for a long time.

I’m officially jumping off the Eddie Lacy hype train like a stowaway who is about to be asked for his ticket.

Even when Lacy played, he was average at best. The Alabama product averaged just over seven standard fantasy points a game. That was good for 41st amongst running backs.

As part of a high-octane offense, and a player who has the ability to catch the ball out of the backfield, he was slightly underwhelming. His best game this season was one in which he rushed for just over 100 yards. He didn’t score a touchdown, and then you had to do without him for 11 games this year. Certainly not worthy of a top-30 pick in fantasy football.

Include his struggles to stay healthy (or even at a good playing weight) in previous years and there is way too much risk associated with Eddie Lacy. 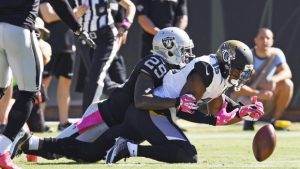 Prior to the 2015 season, I was a buyer on all things Allen Robinson. I saw the connection that he and Blake Bortles were building in training camp leading up to their breakout campaign that year. I, and many others were rewarded.

I thought there would be a drop off in 2016, because, let’s admit it, 1,400 yards and 14 touchdowns on only 80 catches, is difficult to reproduce. However, I didn’t expect the drop off to be as dramatic as it was.

A lot can be attributed to Blake Bortles’ poor play throughout the 2016 season. By most accounts, the third year quarterback wasn’t the same player that he was in 2015, and that can really effect a wide receiver like Robinson, who is at his best on the perimeter in jump ball, fade, and back-shoulder fade situations.

DeAndre Hopkins is the statistical doppelganger to Allen Robinson in 2016

Next to 2016, only his rookie year was a statistically worse season for Hopkins. Even with the dearth of quarterback play that Hopkins received in 2014 and 2015, he still managed to average 1,367 yards on 159.5 targets and 93.5 catches.

According to Pro Football Reference, Robinson and Hopkins each saw 151 targets on the season, tied for 7th most in the NFL.

Allen Robinson and DeAndre Hopkins were likely taken in the top-15 (maybe even top-10) of your fantasy football drafts, and when a top-15 pick doesn’t produce, it’s painful.

Typically no draft pick comes without a certain measure of risk. When you pay a premium for a tight end you are typically talking about drafting one in the first five rounds. The problem with Rob Gronkowski is paying a huge price for a player who, like a quarterback, typically only fills one position on your roster. Unlike wide receivers and running backs where you will need to start at least two most times, you typically only need to start one tight end.

This is one of my issues with paying for Rob Gronkowski. Yes, when healthy he is one of the greatest players to ever play his position and he can outproduce the TE2 typically by a point or two per game.

To me though, I find it difficult paying that price for him when in 2016 I could have drafted one of the top RBs there or one of the top wide receivers.

Who were the biggest flops for you from the 2016 Fantasy Football season? Do you think any of these players rebound?