The evolution of the passing game around the NFL has caused a lot of teams in the league to forgo carrying a fullback on their roster. The Dallas Cowboys are among the handful of teams that still value the position, but it’s starting to look as if Keith Smith and the FB position might become obsolete in Dallas as well.

This is all speculation at this point, but it is really starting to look as if the Dallas Cowboys could be shifting towards the 10 personnel offensive package in 2017. This would make the offense much more quarterback friendly for Dak Prescott, while also improving the running game for Ezekiel Elliott by making the opposing defense have to cover the entire field.

The 10 personnel package is basically a spread offense. The offense spreads the defense out by using four wide receiver sets and one running back. Of course there are different variations of how to align everyone, but it should only make the Cowboys offense even more potent.

With the players the Dallas Cowboys currently have on their roster, the 10 personnel makes a lot of sense. They could line up Dez Bryant/Cole Beasley on one side and have Terrance Williams/Ryan Switzer playing on the opposite side of the field. This particular personal package really puts a defense at a disadvantage and becomes much more Dak friendly. 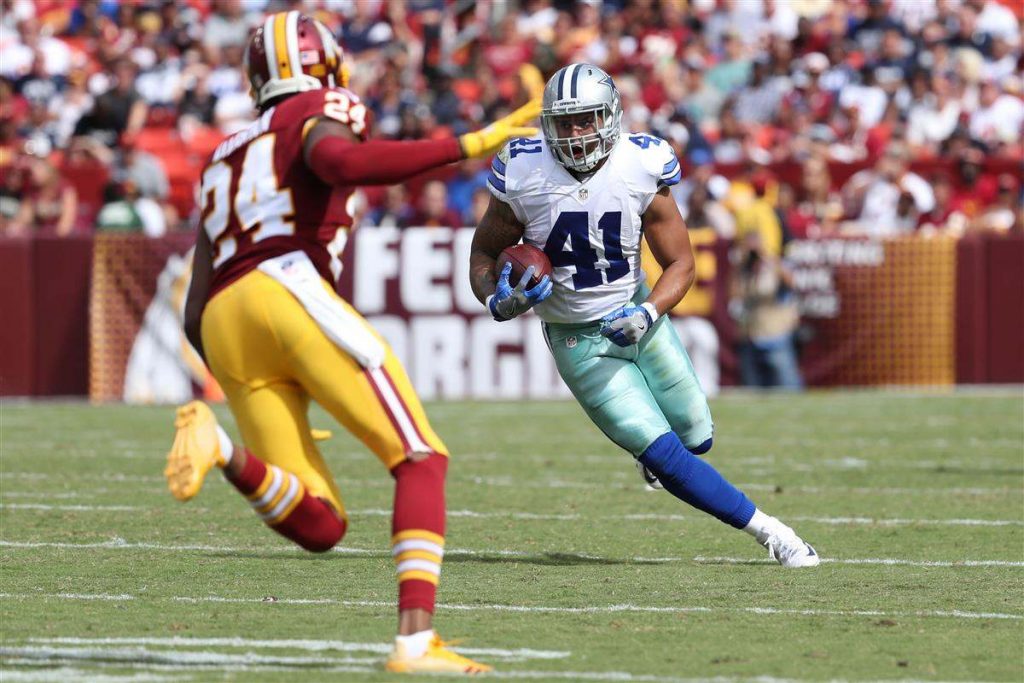 Keith Smith of course still is a valuable asset to have, which is why it wouldn’t surprise me if the Dallas Cowboys continue to carry a fullback on the roster. Not only does he play fullback, but he is also a core special-teams player and can play linebacker (his former position) if needed.

To have a player that can fill so many roles on your team is hard to come by, but that doesn’t mean his production cannot be replaced by other players currently on the roster.

Case in point. Keith Smith only gets a handful of plays on offense in every game, and most of those are in short yardage situations as a lead blocker. The Cowboys could choose to use a tight end in that role, something Geoff Swaim did in college at the University of Texas.

So, offensively things wouldn’t change much without a traditional fullback on the team, which now frees up an open roster spot for someone that can be more of a contributor. With every single roster spot being so valuable, there are a number of different ways the Cowboys could go about addressing the depth at each position.

Now, I have nothing against Keith Smith, but there just seems to be more positives than negatives by not keeping a fullback on the roster.

Do you think the Dallas Cowboys should carry a FB in 2017?