The Cowboys won a huge game last Sunday against the Kansas City Chiefs, one of the best teams in the NFL. While they did get the victory and played one of the better games of the season, the injury bug bit the team in a big way – creating opportunity now for preseason standout DT Lewis Neal.

Dez Bryant, Terrance Williams, and Brian Price all went down with injuries in Sunday’s match up. Unfortunately for Brian Price, his season is done after dislocating his left kneecap, which left the team looking for a replacement at one-technique. Luckily for the Dallas Cowboys, Lewis Neal was sitting on the practice squad ready to help contribute.

According to multiple sources, Lewis Neal has been called up from the practice squad and has been signed to the Dallas Cowboys 53 man roster.

The Dallas Cowboys signed Lewis Neal as a UDFA after the 2017 NFL Draft. Neal played four years at LSU and spent most of his time playing defensive end. In his four years with the team he racked up 118 total tackles (17 which went for a loss) and 12 sacks.

For the Cowboys, Neal will likely see playing time at both defensive tackle positions. At 6’0″ 290 pounds, he is considered a little undersized to be playing as a full-time one-tech, so look for his playing time to be split between both three-technique and one-technique depending on what Rod Marinelli’s game plan is. 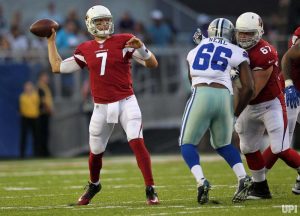 Lewis Neal turned heads in the preseason and was on the bubble of making the 53 man roster before the start of the season. He finally gets his shot and will be looking to put his explosiveness and motor on display for the coaching staff to see in games that actually matter. Looking at the big picture, the Cowboys defense probably took a hit defending the run with Brian Price’s loss, but Lewis Neal is a significant upgrade when rushing the passer.

Look for Neal to be active this week against the Atlanta Falcons in a huge match up against the defending NFC Champs.