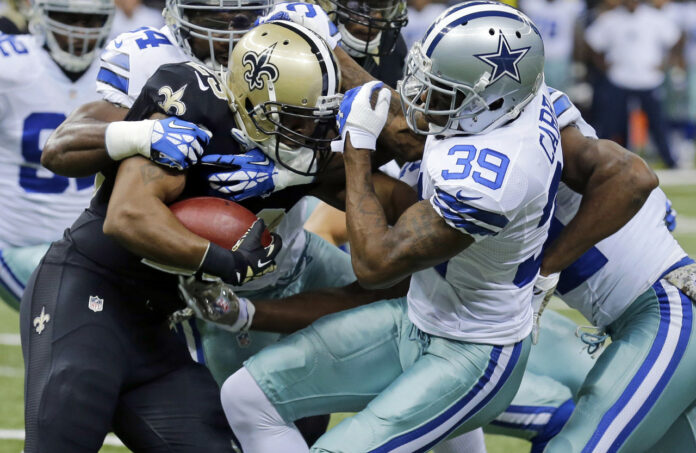 Two NFC teams with quarterback troubles will try to get a win in Week 4 on Sunday Night Football, as the Dallas Cowboys enter the Mercedes-Benz Superdome to take on the winless New Orleans Saints.

With Tony Romo sidelined for the next several weeks, Dallas is trying to simply stay afloat in the rugged NFC East division, now having to lean on backup quarterback Brandon Weeden. While it’s an unpleasant situation to be stuck in, it could be worse, as the Saints can certainly attest to, with their own superstar quarterback Drew Brees also being out for an extended period of time. In his absence, the Saints still have not won a game yet this year, owning an undesirable 0-3 record.

Although this Sunday night showdown is missing two big-name quarterbacks, not to mention arguably the league’s best receiver Dez Bryant, ticket prices are still trending upwards on the secondary market, as TiqIQ.com has gathered that the average ticket price for this contest is $196.89. Fortunately, the get-in price is much more reasonable at $69 to see two of the NFC’s most talked-about teams go at it.

If these clubs were at full strength, the pricing would probably be a bit higher, considering both the Saints and Cowboys can light up the scoreboard on any given day when healthy. Alas, that is not the case and now two banged-up organizations are looking to scratch out a critical win that could come into play later on in the year when the playoff picture shakes itself out.

With seemingly a lot on the line, even for a Week 4 affair, out-of-town fans may want to build a football road trip in getting to the game. Luckily, there is Hipmunk.com to serve as any fan’s one-stop shop to make all the necessary arrangements with ease. They have affordable New Orleans airfare available from most major airline carriers, as well as cheap listings for hotel rooms in New Orleans starting from $49 for those who want to turn it into an extended getaway.

Since their two best offensive players are out, the Cowboys have had to turn to other avenues for production, and luckily, running back Joseph Randle has risen to the occasion. He was simply a beast in Week 3, albeit in a loss to the Falcons, but still put together a very notable stat line, compiling over 100 total yards and three scores in a true eye-opening performance.

Randle’s insane numbers not leading to a win put the big problem front and center: Weeden can’t be trusted to consistently get the Cowboys wins.

That task may fall on Matt Cassel, who Dallas recently traded for as insurance at the quarterback position. Whether or not Cassel starts in Week 4 remains to be determined, but it’s clear Dallas will need to find a way to get some serious production out of their passing game if they want to avoid a two-game losing streak. Randle will still need to show up and be effective either way, and that’s doable against a weak Saints defense that has performed very poorly thus far.

Meanwhile, the Dallas defense is coming off a poor performance in which they were torched by Atlanta but did perform well in the first two games, and with a salivating matchup against an offense that will potentially be without Brees once again, odds are they’ll get back on track Sunday night.

As always, though, they cannot underestimate their opponent, as the Superdome is a tough place to win in for any road opponent.