Last offseason, while trying to find Dallas’ next “War Daddy” and future secondary, the Cowboys might have overlooked one important need they had on defense. With Sean Lee and promising Jaylon Smith on the team, it seemed liked everything was fine at the linebacker position.

11 weeks into the regular season, things are starting to look different.

Just like every year, it’s a fact that the Cowboys will need to continue their search for a right defensive end. And if we’re being real, this team has a larger list of needs than what we all like to think. When April comes around, we’ll be talking about a lot of positions being a need. Even on offense, this team might be looking at the wide receiver and the guard position closely. 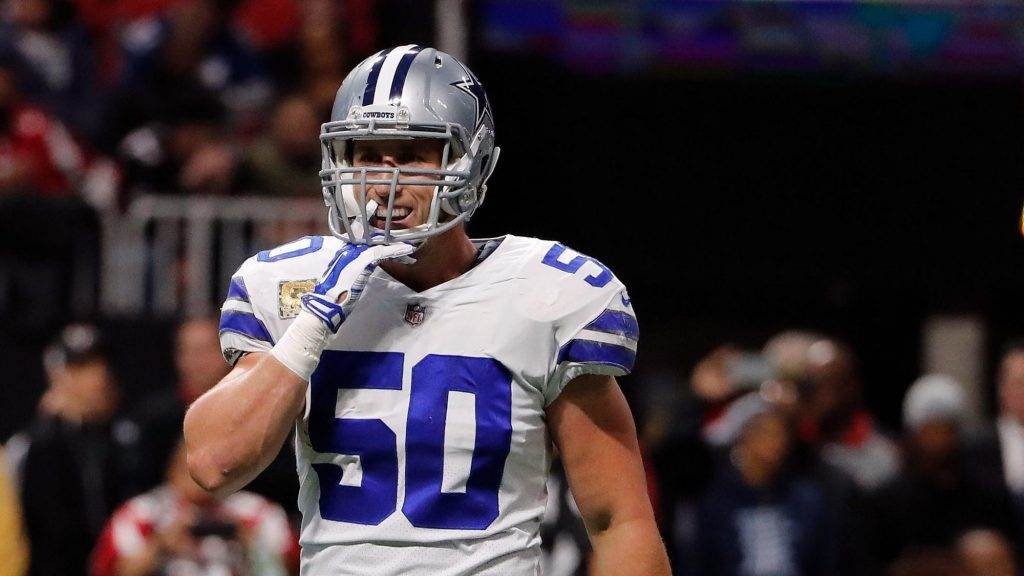 Obviously, when it comes down to the linebacker corp, Sean Lee is the man in D-Town. When healthy, he’s one of the best there is in the NFL. Although it’s very frustrating to see how much difference there is when he’s off the field, it also shows you just how amazing Lee is at what he does.

It’s not only about his skills as a player, but the way he leads his defense into battle.

Sadly, there’s always a but. In this case, the “but” is about health. Recently, fellow Inside The Star Staff Writer Brian Martin wrote about Lee’s injuries:

“Correct me if I’m wrong, but I don’t think he’s played an entire season in his NFL career. He has sustained multiple concussions, an ACL tear, a neck injury where there was ligament damage, plantar fascia tear in his foot, a fractured wrist, and a smorgasbord of hamstring injuries.”

Sean Lee is 31-years old. The Cowboys have to start thinking about life without Lee, especially considering that the veteran is injury-prone. Dallas has failed to attend the depth of this position, and I’d be surprised if they don’t do something about it next offseason.

Is it possible that the front office had higher expectations for Jaylon Smith? At least fans did. Including myself. While I didn’t expect him to be 100% ready to open the season, I certainly  thought that by now he’d be starting.

But we all know he’s had a lot of struggles when he has spent most of the time on the field. However, on limited snaps, Jaylon has shown pretty impressive flashes. Even still, I think his situation will remain a question mark for a bit longer.

Anthony Hitchens is a guy who tends to be underrated by Cowboys Nation. He may not be anywhere close to what Sean Lee is, but the guy is a pretty solid linebacker. I even believe that if Hitchens isn’t ready to go this Thursday, the Cowboys might lose what looks like a simple game versus the Chargers.

Those are the biggest names at the position in Dallas right now, but there are a few others who should be mentioned, too.

Justin Durant and Damien Wilson have been this team’s rotational linebackers, who’ve seen more playing time because of injuries throughout the season.

Wilson is another guy who some members of Cowboys Nation thought would have a bigger role. Through 11 games, Wilson has only been on the field for a bit more than 31% of the defensive snaps, per Pro Football Reference.

As for Durant, although he’s contributed as a back-up, we don’t even know if he’ll play football after 2017.

Of course, these are not the only LBs on the team, but they are the main ones.

There’s a long way to go before next offseason comes around, but the Cowboys can’t make the same mistake they made this season. It’s fair to say that the front office underestimated the need for depth in the linebacker position.

If the Dallas Cowboys are to bring both David Irving and DeMarcus Lawrence back next year, they might just be willing to take a chance on a linebacker high in the Draft. Who knows, they may even go for it with a first-round pick.

For now, let’s hope Hitchens and Lee get back healthy soon enough to try and save this season and do their best to make this defense work.

Tell me what you think about “Should Linebacker Be Among Cowboys’ Top Needs?” in the comments below, or tweet me @MauNFL and let’s talk football! If you like football and are looking for a Dallas Cowboys show in Spanish, don’t miss my weekly Facebook Live! show, Primero Cowboys!