The Washington Redskins were the only NFC East team to win on Sunday. They did so by 33 points over the New Orleans Saints.

Read that sentence again, look down to make sure your feet are still on the ground and time and space itself has not morphed to alter reality, then try to think of some way to describe this year's division.

It almost can't be done, with the craziness that we have seen. Of course, all us Cowboys fans care about is coming out on top in this mess – which RJ gave you a plan for.

The Cowboys had a prime chance to make up ground on the Eagles and Giants this week, but failed to do so with a loss to Tampa Bay – officially losing every game this season played without Tony Romo.

Speaking of the Giants and Eagles, their losses came in far distinctly different ways.

Let's start with the Giants, who lead this division at 5-5. They once again played the unbeaten Patriots close, but a late Tom Brady drive set up a game-winning field goal. The Giants gave New England a scare, losing 27-26.

On the injury front, New York officially lost Victor Cruz for the season. He never saw the field in 2015, making the tandem of Beckham and Cruz a pipe dream for Giants fans.

Entering the bye, they addressed the WR position by resigning Hakeem Nicks.

Trailing the Giants by one game, and tied with the Washington Redskins, are the Eagles – who lost at home to Miami this week.

To make matters worse for them, they lost Sam Bradford (coming off arguably his best career game in Dallas), for what expects to be two games.

Ndamukong Suh was a disruptive force for the Dolphins, who mounted a comeback and gained momentum returning home to face the Cowboys.

The Eagles and Redskins will look to tie the Giants this week, as Washington travels to undefeated Carolina and the Eagles, led now by Mark Sanchez, host the Buccaneers.

The Cowboys, of course, welcome back Tony Romo – which is the only appropriate way to end this article. 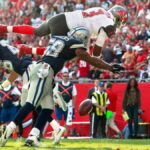 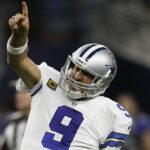