Michael Lombardi is a former NFL scout, Director of Player Personnel, and General Manager turned media member over at The Ringer. If you follow the great Bryan Broaddus from the Dallas Cowboys’ website, you’ve likely even seen Broaddus promote some of Lombardi’s current NFL work.

He has the respect of many around the league.

All of this does little to distract Cowboys Nation from the fact that, on Lombardi’s latest edition of his “GM Street” podcast, he – apparently from the friendly confines of NJ where Lombardi grew up and Jason Garrett attended Princeton University – opened the show with an incredibly off-target string of criticism towards the Cowboys’ current head coach. 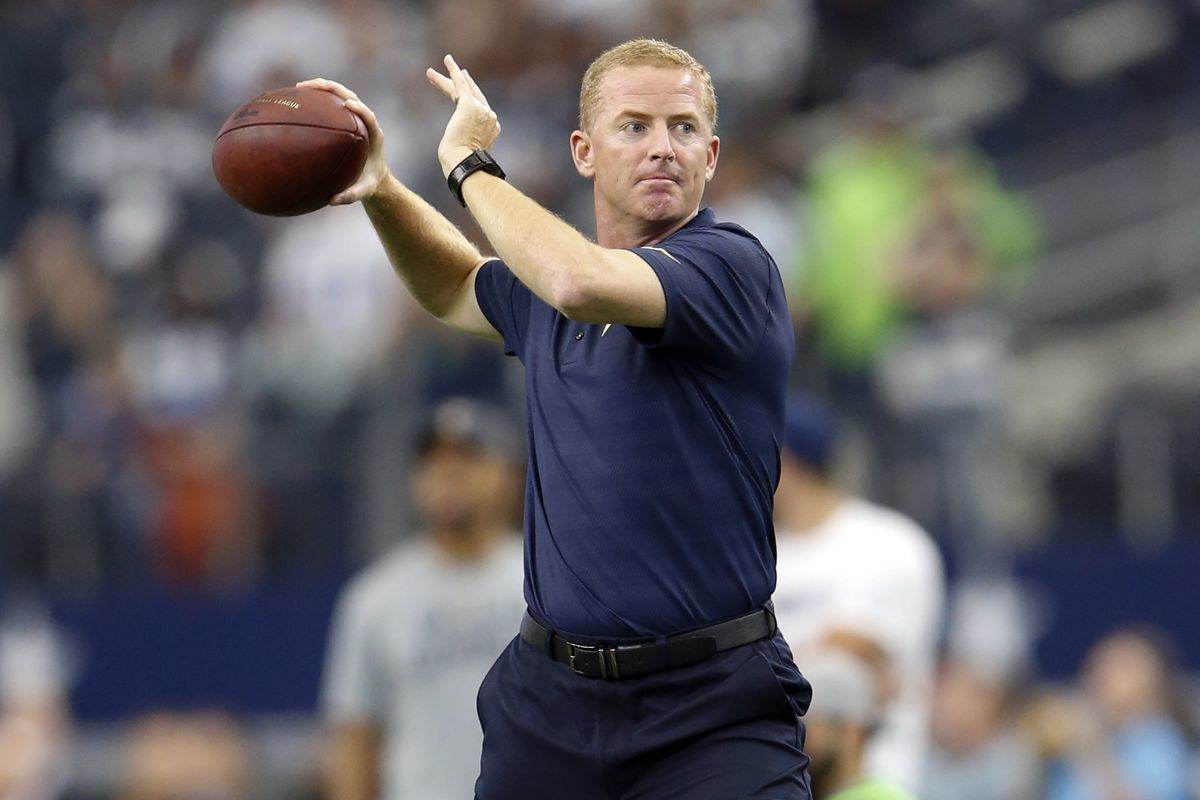 Cowboys training camp is right around the corner, meaning that there is now a short amount of time for national media outlets to hitch their wagons to whatever flaming hot take on America’s Team they want to be able to promote prior to the team returning to action.

If Michael Lombardi truly believes everything he said about Jason Garrett, he is going to be in for a long season regardless of Dallas’ record following a 13-3 season in 2016.

“Jason Garrett been a head coach for six years. He’s 50 years old. He’s going to be 51 next year. He should be in the prime of his head coaching career. Instead, he’s made two playoffs. I mean he goes 12-4. Then he goes 13-3 last year and he loses at home to a bad Green Bay defense.” – Lombardi on the GM Street podcast

This was Lombardi’s first chance to actually say something coherent when it comes to a real issue the Cowboys have had, in that the team has not put together consecutive winning seasons since 2008-2009. Instead, Lombardi takes aim at Garrett’s two best seasons as the Cowboys’ Head Coach by pointing out the playoff losses to Green Bay.

Despite being on the verge of two NFC Championship games, reaching the playoffs this year with an unprecedented fourth round draft pick under center, Garrett cannot possibly be entering his prime with the team he’s reversed from old and hopeless to young and exciting according to Lombardi.

Anyone at all that’s followed the Cowboys at almost any time knows this team is in better condition from top to bottom as a contender than ever before, as young stars all over the roster prepare to enter their own primes with a supposed past-his-prime coach.

Of course, these claims by Lombardi become even more ridiculous when taking a closer look at the NFL’s reigning Coach of the Year, considering the endless praise he’s received in Dallas from the front office and players alike. Lombardi should know these things, but chose to double down on his misguided rant by offering this:

“I don’t see Jason besides clapping and cheering players…”

This is inexcusably bad. To admit that you’ve only seen Jason Garrett clap and cheer on his players is to admit that you’ve formed your opinion on him solely by watching Garrett coach on TV. Lombardi is clearly better than this when you consider his background and experience in the media field, but missing the point this much on Jason Garrett is laughable once you try moving past the fact he admitted above to really not having a grasp on his Cowboys’ situation. 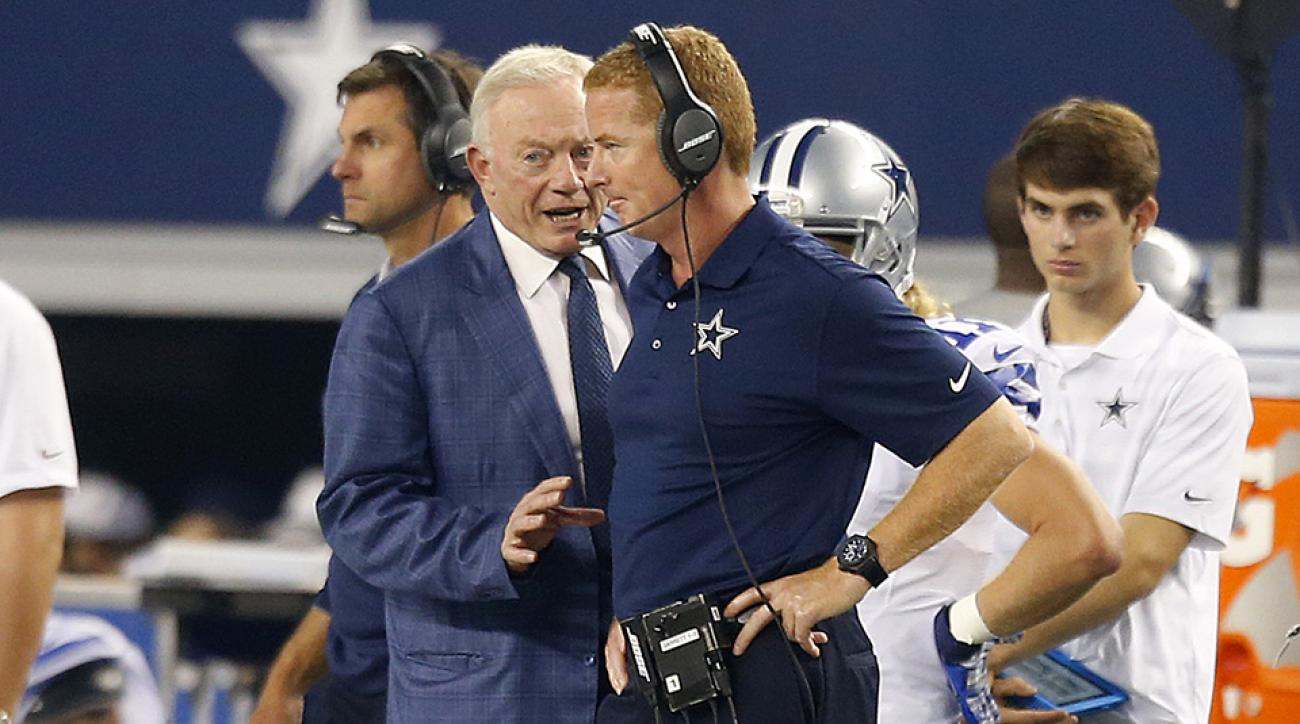 An even deeper look at what has accelerated the Cowboys near the top of the NFL world shows a dynamic connection from Jerry Jones and the top of the front office to Will McClay and Stephen Jones down to Jason Garrett. Every part of this Dallas team has worked in harmony over the past seasons to turn over a roster that is now ready to win. Jerry himself has expressed multiple times that he believes Jason Garrett is a leader the Cowboys can win with, but once again don’t tell this to Lombardi.

“If I’m Jerry I’m nervous, the guy that’s always lurking around the corner is Sean Payton”

Sean Payton. The Saints’ Head Coach that has had stability at QB with Drew Brees throughout his career only to manage three consecutive 7-9 seasons.

Former GM Michael Lombardi on Jason Garrett: ” When you watch him coach, you never really get the sense that he’s in control of the game.

One could argue that Dak Prescott provides the most stability at QB for Garrett’s Cowboys over his tenure, and even still Jason dealt with his team’s rotation of signal callers behind the injured Tony Romo in 2015 the best he could before bouncing back as the NFC’s top seed following a Romo injury the next season.

Jason Garrett absolutely still has a chance to enter his prime with the Cowboys. Mr. Process himself deserves a chance to see things through since his first year in 2010, and he is just weeks away from getting the chance to take the same core from a 13-3 team a year ago into 2017 in search of Dallas’ elusive sixth Super Bowl.

If you read this and smiled, you’re in the right spot ahead of Cowboys training camp and the preseason. This team is going to be fine, thanks in large part to the efforts of Jason Garrett. Let’s not listen to Michael Lombardi.

Tell us what you think about “Michael Lombardi Misses The Point With Unfair Jason Garrett Criticism” in the comments below. You can also email me at Sean.Martin@InsideTheStar.com, or Tweet to me at @SeanMartinNFL!