The NFL Free Agency period started yesterday and, if you didn't know any better, the Cowboys have already been eliminated from postseason contention for 2016. Well, maybe they can sneak into a wild card spot.

They have NO SHOT of winning the division though, because the New York Giants already secured that with their day one signings. They started by re-signing their own one handed pass rusher Jason Pierre-Paul to a one year extension worth $8.5 million in guaranteed money.

The JPP contract could be worth as much as $10.5 million, all to secure one more season for a defensive linemen that recorded 1 sack in 8 games last year. According to Giants' sources, the team values his ability to pressure the quarterback – although he often doesn't have the ability to actually record the sack thanks to his club-hand.

Yet, there is certainly some value to having defensive ends that can get near the quarterback. It opens things up for other guys (who preferably have two hands) to also get to the quarterback and finish off sacks.

The Giants roster before yesterday did not have a lot of these guys up front, but they went and brought in the market's top edge rusher Olivier Vernon. Surely this was a tremendous signing for the league's worst passing defense a season ago, right?!

Vernon had 9 games this year in which he failed to record a sack. He had just one game in 2015 where he had more than one sack, and it came against the woeful Ravens. While there is certainly talent there and room to grow, the Giants paid him as if he was their new Lawrence Taylor – locking him up for the next five years by giving him $85 million!

The Giants clearly do not agree with Mr. Jones, as they recklessly saw their need for pass rush and grabbed the top guy at top dollar.

Vernon averages just over 7 sacks a season. Let's be generous and say he gets 8 this year with the Giants. Pierre-Paul had 1 sack in 8 games, so we'll give him 2 sacks over a full 16 games. Using this math, the Giants added 10 sacks to their 2015 total of 23.

That would bring them up to 33, which would have been good for 23rd in the league this season. Seems like a nice waste of over $100 million in free agency!

The last addition New York made to their defensive line came when they snagged Damon Harrison from the Jets on another five year deal worth up to $46.25 million. While he won't help them much in the sack department, Harrison may have been their best signing of the day, as the defensive tackle is among the league's best against the run.

However, the Giants' “upgrades” did not stop on the defensive front though, as they looked to improve a secondary that ranked last in passing yards allowed per game in 2015. One of the top corners on the market was former Ram Janoris Jenkins, who's former team easily chose to re-sign Trumaine Johnson over him.

Johnson is far more consistent, but don't tell that to Steve Spagnuolo, who now has Jenkins as a member of his defense for the next five years on a $62.5 million deal.

I shared this tweet when I wrote up the signing of Jenkins right here, but it's worth sharing once again to further hammer home the point that just because someone may be considered the best player at their position in free agency doesn't mean that player has to be any good.

Janoris Jenkins has given up 22 TDs over the past 4 seasons. Richard Sherman has given up 10 over the last five, including playoffs.

There is such a thing as a bad free agent market, and spending over $150 million in it as soon as it opens is not the right approach. So relax, Cowboys Nation, and understand that everything will get settled on the field in 2016.

The Cowboys are sticking to their plan, not overreacting to a 4 win season by putting themselves in salary cap hell for the coming years. They know they have Romo coming back along with Orlando Scandrick, a healthy Tyrone Crawford, and Dez Bryant.

They re-signed their own guys, locking up Rolando McClain for another year, and are reportedly working on Morris Claiborne next. Once this is taken care of, they can focus on guys like Cedric Thornton and other depth-acquisitions that will fill needs prior to the draft – where Will McClay can really improve this roster.

So let's all sit back, trust the Cowboys process, and get a good laugh out of the Giants' day one desperation. 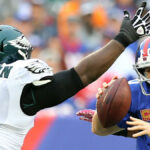 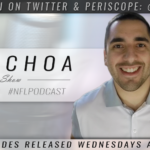