Next man up has been a hot topic for the Cowboys the last few years, due to the injury issues. Whether it's been Sean Lee, DeMarco Murray or the entire d-line last year, Jason Garrett and his staff have always talked about the next man in line stepping up.

That's been an issue for teams of the past. While the top of the Cowboys roster was loaded with talent, the rest was a bit lacking. The stars would get injured and the next man up was usually someone who wouldn't even be considered for a roster spot by a lot of other teams.

There have been a couple of reasons for the lack of depth on the Cowboys roster, but the main reason was the inability to draft decent players after the first couple of rounds.

Most teams can draft good players in the first two rounds; it's the later rounds that separate good teams from the rest.

Let's look at the 2009 draft, the year before Jason Garrett took over this team.

I'm sure a lot of you cringe when you hear the words “2009 draft.” There isn't a single member of that draft class still around this organization. The first rounder was traded for Roy Williams, who turned out to be a bust. The second rounder was traded to the Bills for a third and fourth rounder. The Cowboys had 12 draft picks between rounds three and seven and got essentially nothing from it.

Sure they got a little use from David Buehler and Victor Butler, but when those are the two most successful members of a 12 man draft class, that's a problem.

In 2010 and 2011, the Cowboys did a little better drafting DeMarco Murray in the third round of the 2011 draft, Dwayne Harris in the sixth, and Sean Lissemore in the seventh round of the 2010 draft. On top of that, they were able to sign Dan Bailey and Chris Jones as undrafted free agents in 2011. The team still wasn't very deep, but they were moving in the right direction.

Will McClay and the scouting department also brought in Laurent Robinson that year. Robinson was one of McClay's early diamonds in the rough.

The 2012 draft really helped the depth of this team.

The Cowboys grabbed Tyrone Crawford in the third, Kyle Wilber in the fourth, James Hanna in the sixth, and signed Ronald Leary, Cole Beasley, and Lance Dunbar as undrafted free agents. This was the best they'd drafted in the later rounds in a long time. They also added Ernie Sims to the roster through free agency, which helped with depth. The roster was getting deeper but it wasn't there yet.

The 2013 draft brought in Terrance Williams and J.J. Wilcox in the third, Joseph Randle in the fifth, and DeVonte Holloman in the sixth. Williams and Wilcox made an immediate impact and Holloman showed flashes before injuries unfortunately ended his career. The Cowboys also brought in Jakar Hamilton and Jeff Heath as undrafted free agents. Heath started several games in his first year and has been a core special teamer.

The 2013 season proved to be riddled with more injuries than usual as the d-line could not stay healthy. McClay and the scouting department brought in Justin Durant at linebacker and just about every defensive lineman available including Nick Hayden and George Selvie. Those two were able to carve out a role on this team and add to the depth today.

Finally there are the moves the Cowboys made this season.

They drafted Hitchens in the fourth round, Street in the fifth, and Gardner and Bishop in the seventh. They also brought in Tyler Patmon and Davon Coleman as undrafted free agents.

However the biggest move may have come by trade.

Among the veterans brought in this offseason were Henry Melton, Terrell McClain, Jeremy Mincey, and Rolando McClain.

This season is the first where I've seen the next man up philosophy work for the Cowboys. Whether it's been Rolando McClain and Anthony Hitchens stepping up at linebacker or Tyrone Crawford sliding over to defensive tackle, the no-name defense of the Cowboys has been playing much better than expected. Tyler Patmon also stepped in with a pick six against the Cardinals.

This Cowboys team has shown that even when they're banged up – as they have been all year – they're dangerous. I wouldn't want to face this team when they're fully healthy. 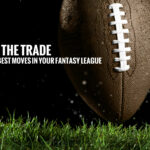 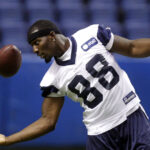