After evaluating the quarterbacks of the NFC East last week, we now move onto the tight ends. While the Cowboys have dominated this portion of the division for years with future hall of famer Jason Witten, age and an influx of talent elsewhere have threatened Witten's crown.

Let's check out the tight end position group for each team in the NFC East. 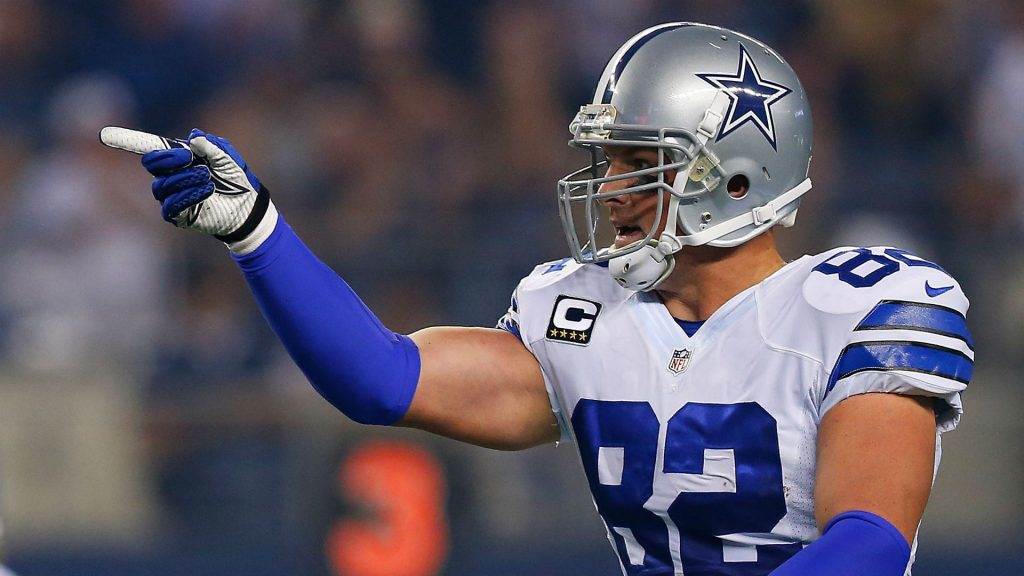 Per usual, Jason Witten enters the season as the starting tight end of the Dallas Cowboys. While Witten has earned an incredible amount of accolades over his career, and is still a valuable player, he has seen a decline in his performance over the years. Especially when it comes to blocking.

Behind Witten there are question marks. While many, including myself, are extremely excited to see what second year player Rico Gathers can do this year and beyond, the competition between James Hanna and Geoff Swaim will also be important.

Still, in the context of their entire offense, I like the Cowboys' tight end situation.

The New York Giants spent some early draft capital on this position group, taking Ole Miss tight end Evan Engram late in round one. While I liked now Cleveland Browns tight end David Njoku more than Engram at that point in the draft, Engram will still be a valuable receiving threat in the Giants' offense.

Behind Evan Engram, there isn't much.

Veteran Will Tye is the assumed TE2 in New York, and Jerell Adams will most likely be third on that depth chart. Neither of these players offer much in terms of receiving, and aren't great as inline blockers either. Though, they are considered to be stronger blockers than Engram is.

The most talented tight end in the entire division, Jordan Reed, resides in Washington and plays for the Redskins. Despite dealing with some serious concussion issues which have put a question mark over the future of his career, Reed is the most versatile and dangerous receiving tight end in this division when healthy.

There is some real talent behind Reed on the depth chart as well. Veteran tight end Vernon Davis revived his career a bit in 2016, and remains in Washington this season. Paul Niles and 2016 draft pick out of Arkansas Jeremy Sprinkle round out this position group for the Redskins.

Last, but probably not least, the Philadelphia Eagles feature a few veteran tight ends atop their depth chart.

Though it seems like he's been an Eagle forever, Brent Celek returns in 2017 for his tenth NFL season. In that group with Celek is a player which the fans in Philly have been waiting for to take that next step and become an elite-level tight end in Zach Ertz.

Ertz has had solid seasons during his NFL career, but comes into 2017 with a sky-high expectations from Eagles' fans. Expectations that I don't believe he can truly meet, however.

How I Rank Them

Jordan Reed is an absolute freak, making a Gronk-like impact at times. And, as long as he can stay healthy, is the best starting tight end in the NFC East.

Coming in third to me are the Philadelphia Eagles, with two rather solid pieces atop their depth chart. Last are the New York Giants, though I do think Evan Engram will be a valuable receiving threat out of the slot for them this season.

Overall, there are some pretty good tight ends in the NFC East.

Kevin Bradyhttps://kevinrobertbrady.wordpress.com
Die-hard Cowboys fan from the Northeast, so you know I am here to defend the 'boys whenever necessary. Began writing for a WordPress Cowboys Blog, and have been with ITS since 2016.
Previous article
Cowboys LB Mark Nzeocha Undergoes Knee Scope Ahead of Minicamp
Next article
LOOK: Former Cowboys Safety Alan Ball Joining TV Show “Survivor”

One of the biggest presences, physically or otherwise, from...
Cowboys News