There is no other position in the world of sports as important as quarterback. If you want to get a Lombardi Trophy, you better have one. And you need a pretty good one, too. Unfortunately, there are less than 32 players in the world who are considered franchise quarterbacks in the NFL. If you think it’s easy to get a player worthy of being a starter in this league, take a look at the Jets roster, then think again.

Some teams have a good signal-caller, some don’t. Some divisions are loaded with QB talent and some are not. Recently, Adam Schein from NFL.com ranked the eight NFL divisions by quarterback group from best to worst.

The NFC South topped the list, which is 100% correct in my opinion. Drew Brees, Matt Ryan, Cam Newton and Jameis Winston are four big names to have in a single division.

Interestingly enough, the NFC East was ranked as the second best on the list.

Arguably, the NFC East doesn’t have a single top 10 QB as of today. Even still, my answer to the above question is yes.

Remember, the objective of the list is to rank the four starting quarterbacks from each division as a group. I don’t believe any of these other divisions have a better group of signal-callers.

Dak Prescott has been surprisingly good, and I’m sure he’ll continue to impress as he did every week of the 2016 season. It’s unbelievable to think he was just a rookie last year. I don’t think he will have a “sophomore slump” as many have discussed this offseason. The kid will do nothing but improve.

Even though we love to hate on him, Carson Wentz will have a good career if we’re being honest with ourselves. He got better when OT Lane Johnson got back. Before the 2016 Draft, we all talked about how Wentz would have to learn a lot of things before being a solid starter. That’s what last season was about, learning.

He didn’t have a great season like Dak did, but Wentz has the traits and will head into 2017 with a better offense. Prescott-Wentz could turn into an epic rivalry over the years. 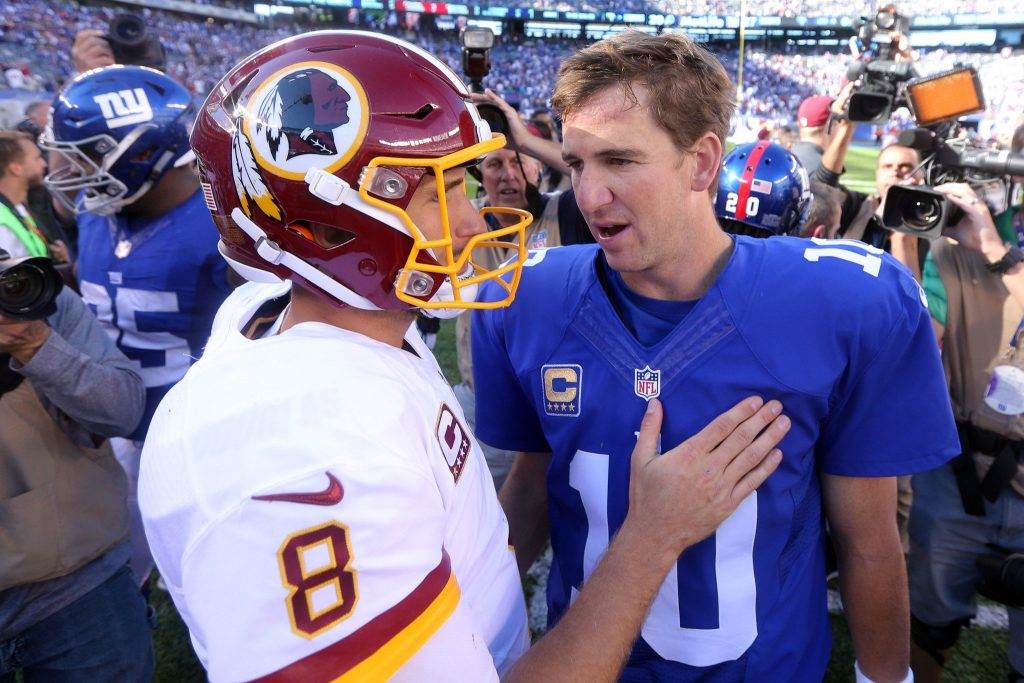 Kirk Cousins will have a big challenge this season. It won’t be easy without his former teammate DeSean Jackson, but he has proven to be a pretty good QB. In my opinion, a franchise QB.

It’s uncertain if he’ll remain a Redskin beyond 2017, but today he is one. The Washington Redskins should be more serious about keeping Cousins, because he is without a doubt special.

Which brings me to Eli Manning, one of the league’s most debated players.

Yes, Eli makes mistakes. A lot of them. While he may be overrated by some fans, the truth is, he is a very experienced QB. Not only that, but the two-time Super Bowl MVP has a lot of playoff experience. He may be playing his last seasons, but right now he is an experienced QB who can lead his WR-loaded offense to a championship run.

With the exception of Eli Manning, this group of QBs is young. They all have the opportunity to become franchise quarterbacks for their teams and have bright careers ahead of them.

If the Giants manage to find a good starting QB for the future, the NFC East could very well end up being the absolute best QB group in the NFL for years to come.

Where would you rank the NFC East QB collection?

Let us know in the comments below, or tweet me @PepoR99 and let’s talk football! If you like football and are looking for a Dallas Cowboys show in Spanish, don’t miss my weekly live show Primero Cowboys!

Tell me what you think about “NFC East Ranked as Second Best QB Collection in the NFL” in the comments below, or tweet me @MauNFL and let’s talk football! If you like football and are looking for a Dallas Cowboys show in Spanish, don’t miss my weekly Facebook Live! show, Primero Cowboys!