We are getting closer to the final stretch and things seem to make the Eagles and Cowboys the teams which will fight for this year’s division championship, remember these two teams face off in the final week of 2013, and I may be wrong but it would seem that that game will decide the champ, just like it has happened in 2011 and 2012; It should already be called THE NFC EAST FINAL SHOWDOWN.

The New York Giants fell to the 3rd place in the division race and with a very tough remaining schedule, it would seem this is not their year, but who knows, as always nothing is written in this division. Let’s review this week’s games.

Whew!!! This game was not for the fainted heart Cowboy's fans huh! I almost bit my fingers off. For starters I was horrified by JPP's comment of the running blood, no kidding. The NYG D line has been a strong one in the last years, and they don't exactly like the ‘boys, but this time the Cowboys OL held up just enough, yeah, they gave up 4 sacks and let Romo be hurried and dropped back more than 15 times, but it was an OK game for the Dallas Cowboys OL.

The cowboys led 21 -13 at the end of the 3rd quarter but lost that advantage in the 4th with a 4 yard TD from Eli Manning to L. Murphy and making the 2 point conversion attempt with a rush by Brown. But Tony Romo led a late game winning 14 play drive to set Dan ‘automatic' Bailey's winning 35 yd FG… Talk about clutch!!

Romo had 23/38 for 250 yards and 2 TD to Jason Witten, with 1 pick. Demarco Murray had a good game with 86 rushing yards and boy how this team can move the chains when they give him the ball.

This win leaves the Cowboys atop the NFC East, tied with Philly but in first place because of their better record in the division.

At the end, it was the Giants who shed blood according to our very own Jason Hatcher.

The only thing good for the Skins in this game was that RGIII has a cannon for an arm and that's just about it. The Redskins are having a very tough year and are practically out of the playoff race.

This game faced off 2 young QBs that last season were amazing and both are having a difficult year and Colin Kaeperkick came out with the victory with a great performance from Anquan Boldin who received 2 TDs and Kaepernick threw another one to his tight end Vernon Davis, thus ending a 2 game losing streak and with a fighting chance for the Wildcard spot with the Arizona Cardinals.

Next game vs NYG

Next game: vs Arizona Cardinals 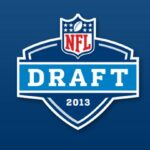 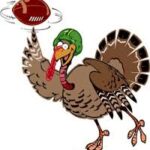