How He Fits the Cowboys

Aaron Donald is quickly becoming last year's Sheldon Richardson. Much like Richardson, Donald is gaining a lot of momentum among the NFL Draft community prior to the draft actually taking place. This doesn't bode well for the Cowboy Nation hopeful at this point. While he may be shooting up the mock draft communities' big boards, the NFL Scouts already have a pretty good idea about him and where he fits.

One thing about Donald is he is a perfect fit for Rod Marinelli's defense as the three technique defensive tackle. This position on the field is all about disruption and penetrating the offensive line. That describes Donald to a “T”. He plays quick, which enables him to get inside on offensive linemen before they can get their hands in a position to defend him. Even when the opposing linemen has the opportunity to get their hands on Donald he is powering through them.

Donald's Impact as a Rookie

One should fully expect Donald to make an immediate impact on this defense. Spending a first round selection, the player needs to start right away to justify taking him there. Donald would step in as the three technique and play very well. One issue the Cowboys had late in the season was getting pressure on the opposing quarterback. Donald will make this unit that much better.

His play should be very similar to what Jason Hatcher was able to do in 2013. When the Cowboys address the one technique and the defensive ends, that will make Donald even more of an impact on the opposing passing game.

What Donald Does Well

Donald is one of the best at getting penetration, which is what Marinelli expects of his three tech defensive tackles. He uses his low center of gravity to his advantage when dealing with offensive linemen, so he always seems to have leverage. What jumps out on film most of all is Donald's motor. Regardless if the play is 25 yards down field, Donald will be in hot pursuit.

Donald also has great hip flexibility much like last year's top rookie Sheldon Richardson. In many cases, Donald is very similiar to Richardson except in terms of length and hand size but their play is similar.

What Donald Struggles With

The biggest knock on Donald has nothing to do with the way he plays the game, but it has everything to do with his size. Ideally you would like a defensive tackle with better length and hand size than Donald possesses. I believe that his other intangibles will help teams to overlook his lack of height and length. Also teams may ask him to add weight, but there is the concern that he may lose his explosiveness much like Will Sutton of Arizona State.

Another area of concern which coincides with his lack of length is stacking offensive linemen and fighting off double teams. He will need to rely on using technique and leverage, which he does better than any other defensive tackle in the class.

The one team that could stand in the way of Marinelli getting his defensive tackle is the Chicago Bears. With the recent two year extension of Jay Ratliff, hopefully they will look elsewhere in the first round. 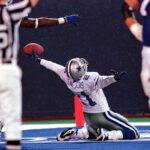