Last week I offered you several fantasy football winners from the NFL Draft, and today I'm gonna give you the flip side of that coin. 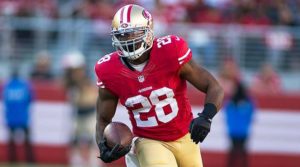 In an article by Peter King from SI.com, San Francisco 49ers head coach Kyle Shanahan admitted that he “would be sick” if his new squad didn't select running back Joe Williams from Utah.

As the article states, Williams had some off-the-field issues that led to GM John Lynch removing him from the draft board, but reconsidered because Coach Shanahan really wanted the player.

To me, Williams is one of the more underrated backs in the draft. He played great at Utah and offers good skills. This puts running back Carlos Hyde on notice.

I've never been a big fan of Hyde, but he has always been placed in the top three or four rounds of re-draft leagues. While he's been a good player at times, he's been wildly inconsistent and had injury issues.

Williams is a player I'll be looking at in the back half of the second round or in the third round of rookie drafts. In dynasty start-ups, I'd prefer Williams to Hyde, and in re-drafts Williams would be a great late-round flier as the potential replacement to Hyde.

With a new coaching staff and front office, Hyde's days in San Fran are numbered.

Rob Kelley came out of nowhere in 2016 to supplant incumbent starter Matt Jones (who happened to supplant Alfred Morris). Now Kelley will go into the offseason activities (OTAs) and training camp looking over his shoulder as the team spent a fourth round pick on Oklahoma's all-time career rushing and touchdown leader; Samaje Perine.

In my opinion, Perine is as good as any of the backs that were selected in the first two rounds, but his 40-time at the combine definitely hurt him (4.7).

Perine, however, offers good shiftiness, physicality, and vision to be a very dynamic player in the NFL. He is also a very capable pass catcher, something that Kelley wasn't doing much of for Washington.

Perine may not start the season at the top of the depth chart, but I believe by midseason, he will have at least a 50% share of the early down work for the Redskins.

Keenan Allen has been a very reliable wide out for Philip Rivers and the Chargers when he's been healthy. The problem is, he hasn't been able to stay healthy, suffering season ending injuries in week one in 2016, week eight in 2015, and week 15 in 2014.

In order to be a dependable player, you have to be on the field.

Tyrell Williams is the player who stepped up in Allen's absence in 2016. He caught 69 passes for over 1,000 yards and seven touchdowns.

But they are both listed as losers because the team added Clemson University wide receiver Mike Williams in the first round of the 2017 NFL Draft.

For many draft analysts Mike Williams was the top wide receiver in the draft. He has elite play making ability on the boundaries and is able to win 50/50 balls with defensive backs. He's a “throw it up and go get it” kind of player that will make Phillip Rivers a popular sleeper pick in upcoming redrafts.

Williams will earn his playing time as Allen looks to come back from injury and Tyrell looks to continue his development.

Mike Williams is likely the best of the bunch.

While this is a pick that might make sense to a lot of people for the New York Giants, the selection of Evan Engram left me a bit puzzled. Yes, he is a dynamic pass catching TE/WR. He has great speed for his size and can make things happen down the field.

The downside is his ability as an in-line blocker. Lance Zierlein of NFL.com called him a “move tight end only who lacks dependability as a blocker.”

The Giants already struggle to block people, and this doesn't help.

I also fear that he'll have competition for working space from second year wide out Sterling Shepard, who figures to work out of the slot. With Odell Beckham Jr., Shepard, and free agent acquisition Brandon Marshall, there will be a lot of competition for targets. Engram will be low man on the totem pole.

Time will tell if Engram can become a better blocker and work toward regular fantasy football contributions.

The best running back in the draft was just added to their running back group. No, not Leonard Fournette or Christian McCaffrey. I'm talking about my top player for rookie drafts in 2017; Joe Mixon, from the University of Oklahoma.

Yes, Mixon isn't a popular player from his aggravated assault against a woman before his freshmen year at OU, but he is the most dynamic back in the draft. He has the size, speed, agility, vision, and three-down ability that teams look for at the top of the draft.

Giovani Bernard is trying to come back from a season ending knee injury and Jeremy Hill has been on a steady decline since his rookie season. It wouldn't surprise me to see the Bengals open the season with Mixon as their lead back.

Who are some of your losers heading into the Summer? 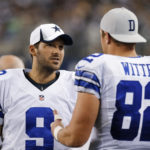 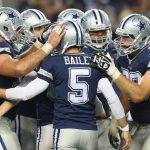