The 2016 MLB World Series was an all-timer, and had it been an NFL game, it never would have happened. The NFL overtime structure is due for a change and they could take a few lessons from Major League Baseball. The Chicago Cubs were up three runs in the eighth inning but the Cleveland Indians battled back to tie the game. After both teams went scoreless in the ninth inning, the game proceeded to extra innings. In the top of the tenth inning the Chicago Cubs took the lead on a double-play by Ben Zobrist.

By the NFL's standard of overtime, that would have been the ballgame. The Cleveland Indians wouldn't have had a chance to come back in the bottom of the tenth. They didn't catch up to the Cubs and so the Cubs won the World Series.

The point is, Cleveland had its opportunity to force another inning and even to win it in the tenth. If only Matt Ryan and his Atlanta Falcons had been so fortunate. 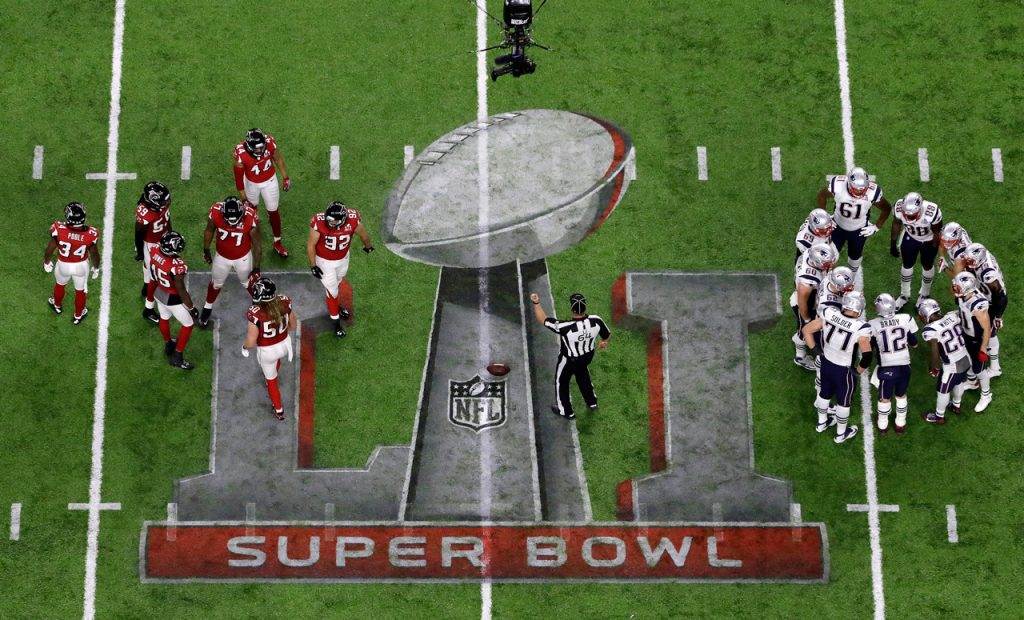 The NFL has yet to figure out an overtime system that allows its highest paid players to go back and forth. Imagine an overtime system in any other sport where the league's MVP that season wasn't afforded the opportunity to have an impact on the outcome of the game once it had gone into overtime.

In the National Hockey League it's a rarity for one team to possess the puck in overtime in the playoffs and win on their first possession.

In Major League Baseball, both teams get an equal amount of at-bats to try to win the game.

The National Basketball Association plays five-minute overtime periods during the regular season to decide a game.

FIFA plays an extra 30 minutes of time before deciding the game on penalty kicks. And still, each team gets equal opportunity to win the game.

The NFL allows games to be decided without its highest profile players having an opportunity to match their counterpart.

Roger Goodell, you can fix this.

College football's overtime isn't perfect by any stretch of the imagination, but it is far superior to what the NFL overtime currently is.

Each team in college football gets an untimed possession starting in the opposing teams territory.

Whoever ends the period with the highest score wins the game. It's simple and straightforward and it gives both teams an equal opportunity to win the game. Instead the NFL's rules leave the league MVP on the sideline, resigned to the fact that he didn't have an opportunity in overtime to impact the game.

I've heard arguments that the Falcons defense should have stopped them, and those people aren't wrong; under the current rules, that's the way football goes. But it doesn't change the fact that NFL overtime rules are weak.

Adopt the overtime system used in college football and put each team at the 50 yard line. Overtime will be played in “periods” with each team getting a possession. When a period finishes with one team having a higher score, that's the winner.

A sport is at its best when the top competitors have the opportunity to outdo one another.

All that said, I think the New England Patriots were still going to win the game because they were playing really good football, while the Atlanta Falcons weren't playing great. The Atlanta Falcons and their MVP quarterback, Matt Ryan still should've had a chance to impact the game in overtime.

It's time for a change.

The NFL has made many rule changes over the years to make the game more offensive and appealing to the fans. This should be the next one. While the outcome may have been appealing to one fanbase, it left another feeling like they didn't get a fair shot in the overtime period.

According to the Google Trends database of the most searched Super Bowl LI team by state, the disappointed fanbase was far more popular. An otherwise meaningless stat that may hold some clue as to why the NFL has seen a decline in ratings. 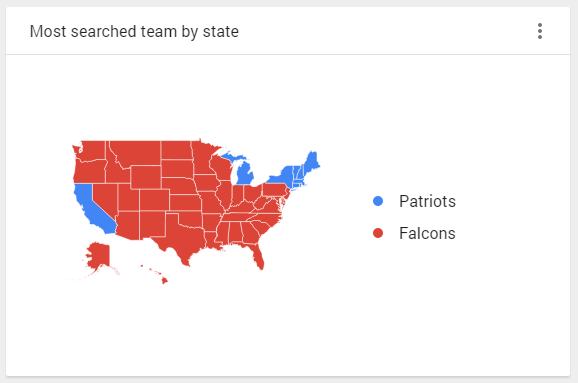 NFL, don't leave your MVPs on the sideline to watch helplessly as their defense folds. That's no way to decide a championship.

John Williamshttps://anchor.fm/inside-the-cowboys
Dallas Cowboys optimist bringing factual, reasonable takes to Cowboys Nation and the NFL Community. I wasn't always a Cowboys fan, but I got here as quick as I could. Make sure you check out the Inside The Cowboys Podcast featuring John Williams and other analysts following America's Team.
Previous article
Myles Garrett Makes Plea To Cowboys: “Just Make It Happen”
Next article
Cowboys Salary Cap: Special Teams Earns Their Money

I am 26, batted tested, and have only witnessed three playoff victories during my lifetime. Nonetheless, there are so many games that I love...
Cowboys News

Fans are undoubtedly overjoyed and elated to have witnessed the Cowboys storm to a stomping 43-3 point win over the Atlanta Falcons, marking the...

This is spot-on, John, spot-effing-on.

I was chatting with your fellow writer Jess Haynie during the game and as the Patriots were driving down the field I said “It would be a shame if the Falcons don’t even get to touch the ball.”

I’m unsure why the NFL chooses to set their overtime rules in a way that robs the fans of the opportunity to come away from the game feeling like the best team won. It used to be sudden death — first points wins. That was awful. The current rule where you at least have to score a touchdown on your first drive to keep the opponent from touching the ball is better, but still flawed.

But in the Super Bowl!? The mother of all football games, and we allow it to end without ever giving the other team the opportunity to match the score again? This Super Bowl, widely believed to be the best one ever, will always be marred by that one fact, for me. It was won on a coin toss.

I have a simple solution: take however much time you want to figure out a better overtime process during the regular season. I get that there are multiple games stacked on top of each other in the first 17 weeks, and it’s just not reasonable for every overtime game to last an extra hour. But the playoffs and especially the Super Bowl? Just run the whole extra quarter! If they’re still tied after that quarter is over, then go into sudden death. At least then you gave both teams an opportunity.

Not to mention, didn’t Fox make like an extra $50 million on the ~10 real minutes of OT? Why wouldn’t the NFL want to stretch that out to 60 minutes + if need be? It’s the last game of the year. Nothing comes after that. The players have a full offseason of rest before the next game. PUT IT ALL OUT THERE.

@XaqFields:disqus I rememeber chatter back when they put this new system in place about doing it to lessen the burden on the players playing that extra quarter. Similar to the argument for shortening the preseason. I don’t necessarily agree with it, mind you, but I see it.

I’d like either the 5th quarter and then sudden death, or allowing each team one drive, maybe two. If still tied after that, sudden death.

Yeah, the burden on the players is definitely an issue. That’s why I wouldn’t be opposed to having the overtime rules changed for just the Super Bowl. That way it’s just one game –the final game– and not something the players are subjected to multiple times per year.

For the remaining games, I agree with your latter suggestion where maybe both teams get one drive (regardless of whether the first team scores or not) and then if there’s a tie you go into sudden death.

I agree, you don’t want to create more situations where players are taking blows to the head, risking long term injuries etc. In the college form of over time when they are starting at like the 25 yard line. A guy charted college OT’s and found that 71% ended after 1 period. If the NFL adapted College rules but put the ball outside of FG range, I bet this would hold up as well.

Thanks for the feed back. I also understand why they limit in the regular season. Even the NHL does that. I just don’t see how they can justify it in the playoffs. It’s not putting the best foot forward of the product in my opinion.

I agree that the NFL overtime rules are flawed, and even confusing. But I don’t think the Falcons really deserved another chance with the ball. They had plenty of chances during regulation and simply blew it. Would like to see them possibly play the entire quarter out during the playoffs, but that’s also asking a lot of these players. Just my two cents.

I definitely understand that perspective, but I also think you can flip it and point out the Falcons thumped the Patriots for 3/4 of the game (IE: the Patriots had 3 quarters to not allow the Falcons to go up 3 scores on them) and it’s a shame they didn’t even get to handle the ball in overtime.

With that said, that final Falcons drive where they were sitting in field goal range and rather than hitting the Pats with a couple runs and kicking the field goal, they got cute and ended up getting sacked out of FG range…. it definitely is tough for me to have TOO much sympathy for them. They had it in the bag right there.

I totally get this opinion. The Falcons blew there opportunity, but deserve isn’t the issue. It’s about fairness and the league maximizing it’s product. To have Matt Ryan, the league MVP sitting on the sideline only to watch limited the league and it’s product.

Had it been Tom Brady or Peyton Manning or Aaron Rodgers on the sideline helpless as the defense gave up the game tying score, it would be such a waste of their most marketable assets.

I don’t think a change is necessary to the regular season overtime, but the playoffs need a change.

I think e college rules would k if we start at the 50!