NFL Could See NFLPA Push for Rule Changes on Marijuana Use

Recent comments from the NFL Players Association director, DeMaurice Smith, indicate that the union may soon push the league to change their drug policy regarding the use of marijuana. With medicinal and recreational use being legalized in a rising number of states through the U.S., Smith seems to feel it's time for the NFL to reassess the issue. 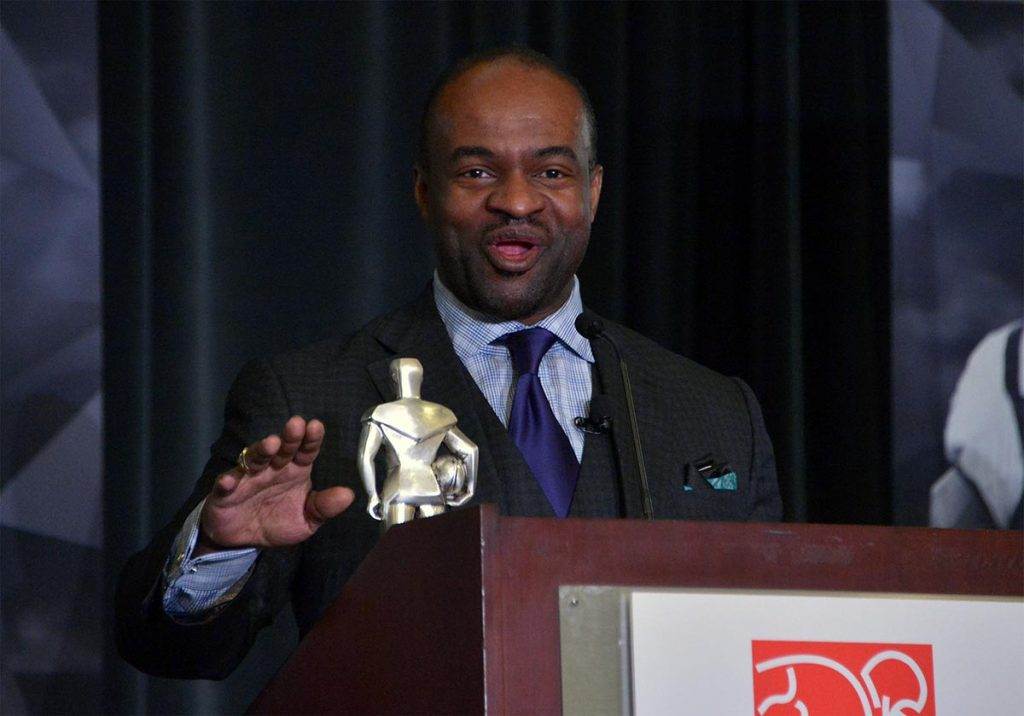 As reported by the Washington Post, DeMaurice Smith discussed the changing social and medical climates regarding marijuana. One of the areas he addressed is the basic shift in perception:

“Obviously [we] understand the changes in legalization all over the country. I don’t know how many people here have kids or grew up the way that you grew up, but people think differently.”

Many of us grew up thinking that marijuana was no better than or different from cocaine or heroin; a byproduct of the “war on drugs” and the public school system. Time has seen that stigma fall away, though, and especially over the last decade as marijuana legislation has changed in slightly over half of the United States.

One reason for these changes is the rising appreciation for marijuana in the medical community. Given other health concerns facing the NFL right now, Smith had to admit that there needed to be a serious consideration of its potential benefits.

“We have to do a better job of knowing if our players are suffering from other potentially dangerous psychological issues like depression, right? So if I look at this myopically as just a recreational use of marijuana and miss the fact that we might have players suffering from depression, what have I fixed?”

Perhaps the most important aspect of DeMaurice Smith's comments was in the way the NFL will deal with policy violations in the future. Even if marijuana remains a banned substance, it's clear that Smith and the NFL Players Association want to see a different handling of the players who run afoul of the policy:

Cowboys fans should be interested in this development after the last few seasons. 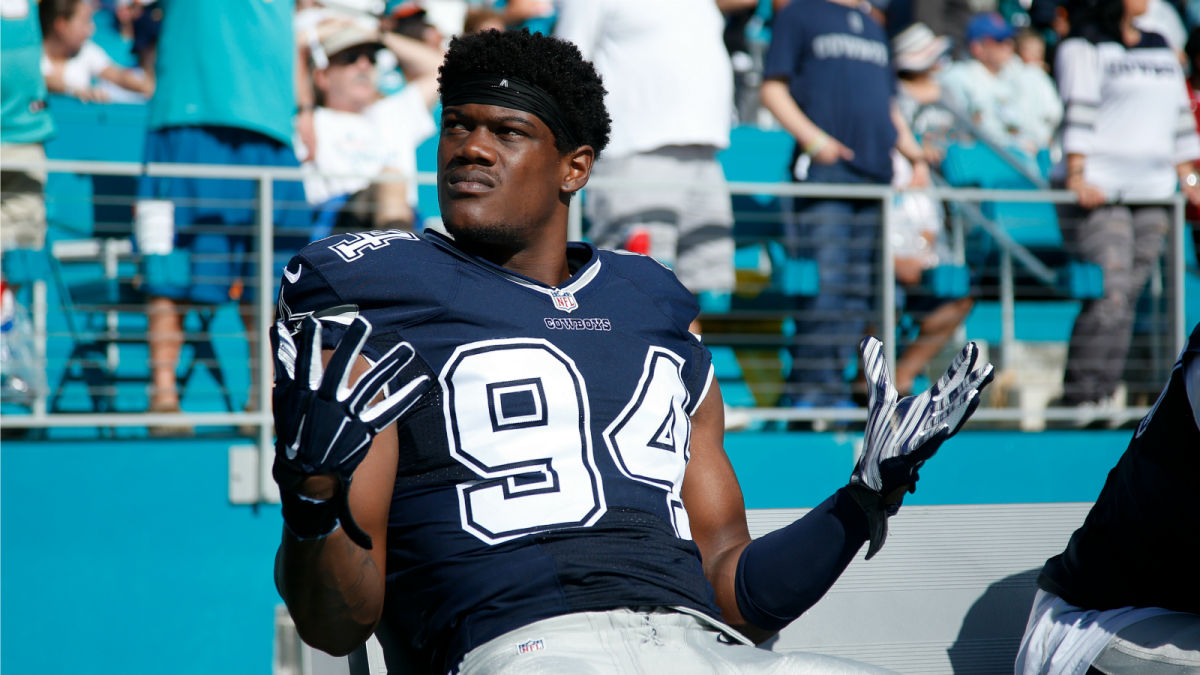 We just watched defensive end Randy Gregory, talented but troubled, lose nearly an entire season to his marijuana addiction. He is now facing a one-year ban that could cost him most of 2017 as well. We've also had the recent experience with Rolando McClain, although marijuana was just one of his vices.

Right now, the NFL already has a slightly relaxed policy on marijuana compared to other drugs. They allow an additional offense prior to entering the suspensions and fines are less severe. That may be roadblock to additional softening; the league already feeling as if they're treating marijuana users more mercifully than others.

The NFL's concussion crisis has brought them far closer to the medical community than at any point in its history, and perhaps in the history of all professional sports. Blind dismissal of marijuana really won't work anymore with so many other health-related discussion swirling around the league. Even if policies don't change, the NFL will want to show they've performed due diligence.

Time will tell if the NFLPA really does propose changes and if the NFL is willing to budge. For now, it's just another facet of one of the country's most wide-ranging discussions.

Jess Haynie
Cowboys fan since 1992, blogger since 2011. Bringing you the objectivity of an outside perspective with the passion of a die-hard fan. I love to talk to my readers, so please comment on any article and I'll be sure to respond!
Previous article
Reflecting on Cowboys’ Weaknesses with Super Bowl LI Stage Now Set
Next article
2017 NFL Draft: Could This DE Be The Perfect Fit In Dallas?

I hope they give this some serious thought. As DeMaurice Smith stated, even referring to this as “recreational” use of marijuana runs the risk of minimizing some of the legitimate psychological problems some players have that lead them to use it “recreationally.”

Using Gregory as an example, I’ve always been of the belief just in seeing his interviews and seeing how beloved he seems to be in the locker room despite this problem, that he must fall into the “psychologically ill” category of people who feel compelled to use marijuana. IF that’s the case, it’s hard to justify how banning him from his job and what he loves for years is helping him in any way whatsoever. Ultimately you’re just taking talent off the football field over non-violent behavior that harms nobody but potentially himself.

My opinion: quit testing for it. Maintain it as a banned substance, punish people who are charged with crimes related to marijuana, and approach assistance (ie: rehab, fines, etc) on a case-by-case basis if a player clearly needs it. These are professional athletes. If you’re abusing marijuana and you have a legitimate problem, your performance will suffer and your team (and your league) will have every motivation to help you in that case.

It’s been said that Randy Gregory is bi-polar, and bi-polar people traditionally respond well to pot, along with a whole host of other mental illnesses.

But I disagree with keeping the rule and just not testing for it. That sort of “sweeping under the rug” mentality does no good. Better to simply revise the rules on marijuana use. I’d like to see the old rules totally tossed out, and the new rule merely state that any legal rulings or convictions are punishable under whatever morality/moral turpitude clauses exist in contracts.

Unenforced rules undermine the whole system with a level of professional discretion that hurts the sport. Lord knows we don’t need any further reasons for Goodell to use his discretion.

I can definitely understand that stance. I guess my only counter would be that I wouldn’t consider this an unenforced rule as much as you’re just changing the way you enforce the rule. Instead of falling under the illegal substances policy that you proactively test players for (along with steroids, cocaine, etc) you flip it into a player conduct policy that’s treated the same as when a player gets busted for a DUI or gets arrested for assault. In essence, that’s no different than how any other employer does it. Most places you have to pass a drug test in order to get hired, but ultimately they’ll never bother you about it again unless you get arrested or drugs are clearly influencing your work performance.

BUT, ultimately I’m on board with any plan that results in a good kid like Randy Gregory not being banned from football for two years because he might feel he needs marijuana for a psychological disorder and unfortunately he doesn’t live somewhere where he can be prescribed it from a medical doctor.

Quincy Carter says “Sure. Now you change the rule”

Tony Romo says “Thanks for getting busted Q. I was going to be cut”