I try to catch myself being too one-sided because I never like to just look at one side of an argument, but some of this I just can't help. I also can't help posting Steelers -vs- Cardinals talk on a Cowboys website either, but we all hate the Pittsburgh Steelers, right?

The fumble at the end of the game. All I heard about it was that the replays were being checked in the booth, and then I see the Steelers kneeling to run the clock out and all I could think was, “Where the hell is the review???”

It was one of the poorest called games I've seen in a long time, so bad that the only games worse were back when replay wasn't used, a certain Super Bowl several years back comes to mind.

That play might have been a fumble, though it looked like he was throwing the ball and that his arm was moving forward with the ball when it came out, but the point is that it should have gotten a full review. Sure, there would have only been 5 seconds on the clock if it had been ruled incomplete, but with Warner, Boldin, Breaston, and of course Fitzgerald, 5 seconds is more than enough to have a shot.

The NFL and the officials calling that game should not only be ashamed, but should be fined for some of the calls they made. At least three calls could easily suggest that someone either got paid well or a nice long BJ before the game, because the Steelers sure did luck out, didn't they?

Yeah, the Cards didn't get their top players involved early enough, but they still made up the difference enough for the win, if only for those calls …

This game was exactly like the Superbowl that the Steelers played against the Seahawks. Seattle kicked Pitt’s asses up and down the field but the Steelers won due to the WORST officiating that he superbowl has ever seen (even worse than Steelers vs Cards).

I didn’t actually watch that game because I hate the Steelers, my uncle and me used to go at when I was younger because he loves them, but anyway. I’ve heard over the years about several SB games that were called horribly, like one of the Denver SB’s and the Raiders, even the Ravens.

My thought is when is the NFL going to own up to their role in that. Do they really believe that millions of fans get it wrong time and time again? We’re not stupid, we can see when things aren’t right, so why can’t the guys that are paid to see it catch on?

I’m like Bryson, I hate the steeler. My intire Family are Cowboys fans. We got a saying” You cant been a true Cowboys fan if you like the steelers”, cause their fan dont like the Cowboys. I seen both game with Seahawks & now Cardinals. I believe that the game calls sucked. Like my brother said “their no easier job than being the head coach of the steelers” I tell every body Cow boys are the most hated for two (2) reasons. 1. cause we’re from the south. 2. we’er the best no matter what happen. win or lose. Everybody still want to know what next w/the team. My step son & nephew rouited for the steelers. so they didn’t like when I called them bandwagon, fan cause they are the type to rouit for the Boys, when they win ,not when they lose. when they lose they dont what to wear thier gear. One Fact I tell everyone is that Cowboys are best team than any other team. That cause they got too,not have too play hard. 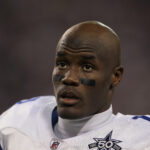