I’ve always considered myself an optimist when it comes to the football team we all obsess over daily, and the Dallas Cowboys 2016 season gave us plenty of reasons for such optimism. Now begins the long haul of an NFL offseason and roster build, with months until we’ll see anything resembling America’s Team on the field again. The question we have to ponder until then is simple – what will the Cowboys actually look like at the start of the 2017 season?

Cowboys Nation is certainly expecting the team to look like a Super Bowl contender, and with this optimist’s approach to the coming free agency period and NFL Draft you’ll practically be touching the Lombardi Trophy in Minnesota.

The Dallas Cowboys will have 18 of their own players hit the free agent market this offseason, and if their recent strategy tells us anything about how they’ll approach these players, expect many of them to become the priority free agents for Dallas to re-sign.

The Cowboys also won’t have much cap space at all to work with in free agency, so retaining their own quality guys at the right prices should be viewed as a win for this portion of the offseason. 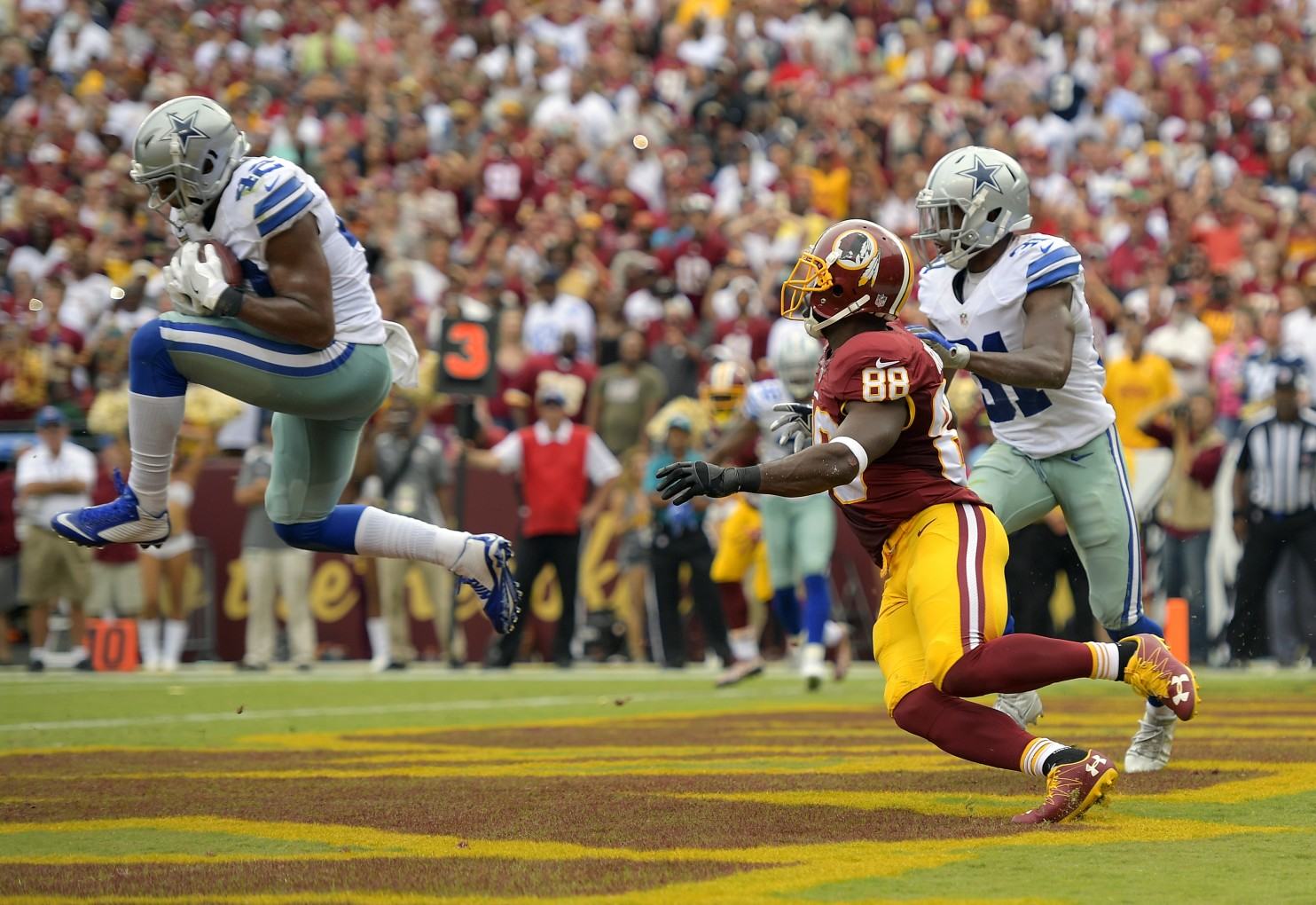 Remember, this is an optimist’s approach to the entire offseason for the Cowboys, and it is unlikely that all seven of these free agents can stay with the team for 2017.

With that said, the Cowboys should be ecstatic if they can retain Brandon Carr, Barry Church, and J.J. Wilcox for their secondary. All three players have tons of valuable starting experience, and shouldn’t break the bank on the open market. This core would prove to be a formidable group – stable enough to inject rookie draft picks into with the expectation of them succeeding.

You wouldn’t consider me an optimist if I also didn’t try to fix the much-maligned Cowboys defensive line this offseason, and the first step of this before the draft is bringing back DT Terrell McClain. Finally healthy through most of 2016, McClain proved to be the perfect starter at the 1T DT position for Rod Marinelli. The 3T spot is the most important position in Marinelli’s scheme, and with a young starter like Maliek Collins at the spot, it would help to keep an experienced 1T playing next to him in McClain.

Justin Durant is the last defender I would like this team to keep for 2017, but is also probably the most expendable – making this list for pure optimism purposes. Sean Lee and (fingers crossed) Jaylon Smith expect to hold down the depth chart at LB for some time to come, and the depth behind them is solid with young players like Damien Wilson and more experienced ones with potential like Mark Nzeocha. Even still, Durant is a good guy to keep around as a veteran with a knack for big plays, and should not draw much interest from other teams.

The offensive side of the ball is much more set for the Dallas Cowboys, as my optimistic offseason includes re-signing WR Terrance Williams and QB Kellen Moore. Out of all seven names above, Williams is by far the most optimistic name to expect back, as the market for receivers with traits like his should easily get too expensive for the Cowboys in a hurry.

More realistically, QB Kellen Moore could continue to work with Scott Linehan, providing the valuable stable backup option to Dak Prescott. We’ll address the elephant in the room that is this offseason’s approach to Tony Romo, but some inexpensive option is going to have to back up Prescott in 2017 – and there are few outside options as good and simplistic as Kellen Moore. 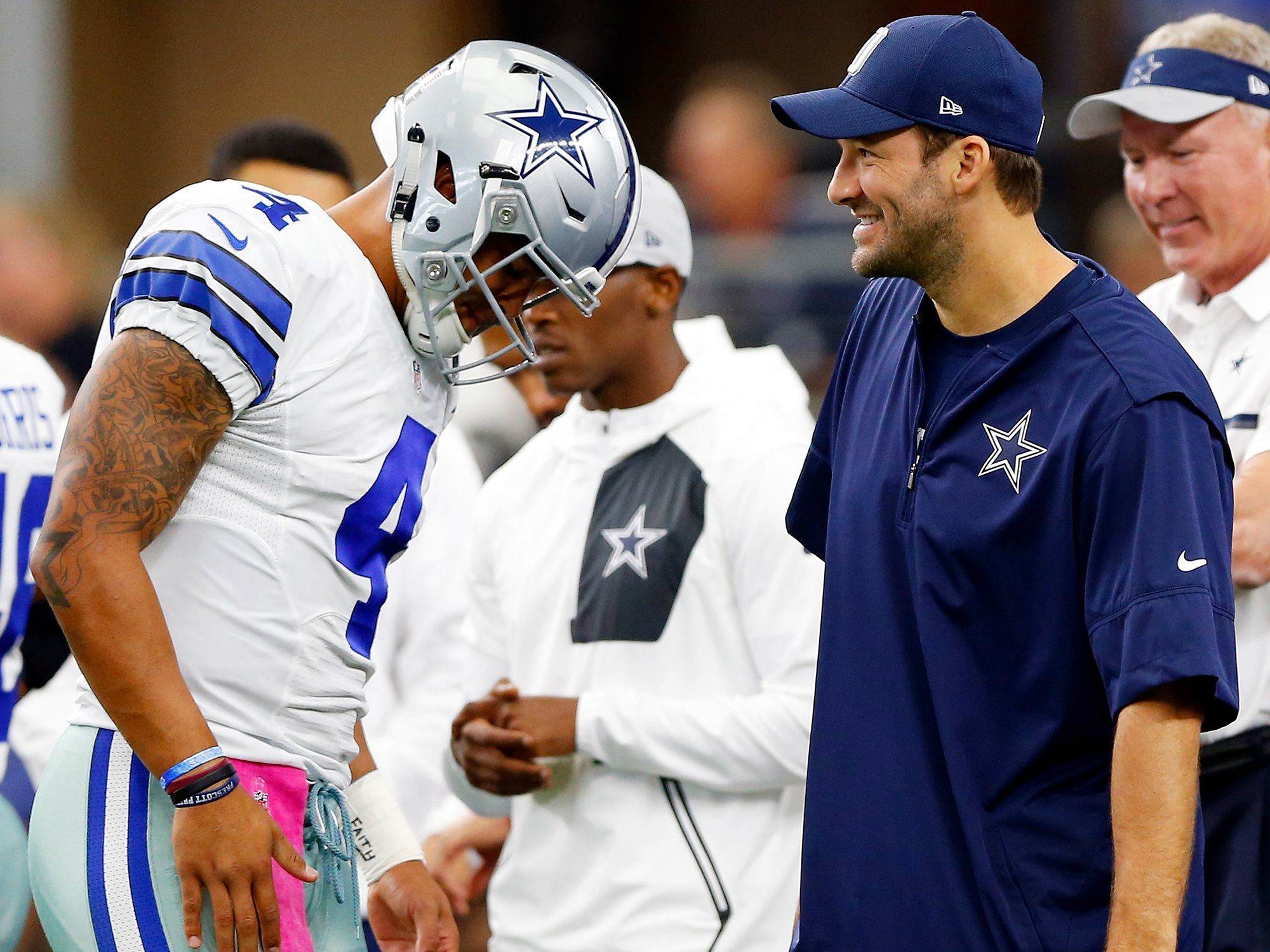 Getting The Most Out Of Tony Romo

Tony Romo is not going to be a member of the greatest football team in the entire universe come the 2017 NFL season. Even in an article where I’ve allowed myself to be as optimistic as possible – a lifelong Romo supporter too – this reality has to be accepted as near-fact at this point.

In fact, the most optimistic approach to Tony Romo this offseason may not even be finding a way to keep him, as the cap implications would directly contrast the approach outlined above in keeping other key free agents.

Romo’s release also wouldn’t help the Cowboys much, but a potential trade certainly would. While trading a player that NFL executives from around the league will expect to be released is no easy task, I optimistically wouldn’t rule Jerry Jones out of making any clutch deals.

A deal for Tony Romo won’t land the Cowboys a superstar, but based on Will McClay and staff’s recent draft success, any extra third round pick could land a diamond in the rough – or become part of a larger trade package on draft night.

The Cowboys most optimistic 2017 offseason plan involves trading the greatest QB in their franchise’s history. Isn’t this sport weird?

I did this three round mock draft for the Dallas Cowboys a few weeks ago, and when it comes to addressing positional needs, I think it is the perfect optimistic scenario.

It is still too early in the 2017 NFL Draft process to pinpoint specific prospects that could be targeted in each round by the Cowboys, but addressing the pass rush in the first round is a welcome idea.

Cornerback will also be a need (despite re-signing Carr in this hypothetical) for the Cowboys, and fortunately one that they will be able to address at seemingly any point in the draft with such an incredibly deep class this year.

Lastly in the mock, I added another WR despite finding a way to bring back Terrance Williams. Isiah Ford would be a welcome addition to the Cowboys offense, but again there will be plenty of skilled receivers to choose from in the draft.

Essentially, the easiest event this offseason for Cowboys Nation to be very optimistic about is the NFL Draft. Dallas’ 2016 class might be their best ever, the 2017 class was nearly built for them, and this front office is as eager as ever to add the few key missing pieces to a roster that projects to be one of the league’s best.

Free agents were signed, rookies drafted, and the build up to 2017 Dallas Cowboys football couldn’t be generating more hype. The second this team hits the field for a simple stretch, it will undoubtedly feel like football season once again, as our attention will shift to the development of some players that could be critical to overall success.

Avoiding the obvious names like Dak Prescott and Ezekiel Elliott along with the free agents we re-signed above, here are some players that – if they take the necessary steps forward – will put the Cowboys over the top.

As mentioned, Collins earned the starting job at 3T DT as a rookie who missed most of the summer offseason program. This summer, the sky will be the limit for Collins to grow further in this role, especially if reinforcements are brought in elsewhere to add to the defensive line.

The Cowboys rotation of defensive tackles is one of their greatest defensive strengths, and Maliek Collins will have a chance to be the anchor of this group next season.

Everyone’s favorite “orphan” defensive lineman, David Irving is the type of physical freak that epitomizes what the Cowboys defense has been for some time. The difference for Irving is that he has already shown legitimate development in working with his positive traits.

A long-armed and quick defensive end/tackle, it is critical that the Cowboys figure out exactly what position they want Irving at for all of 2017 early in this offseason – in order to ensure he can take even further strides in his game.

No matter who the Cowboys add in the back-end of their defense, second-year player Anthony Brown is going to be asked to take a big step forward in 2017. A sixth round pick from 2016, the speed Brown displayed on tape at Purdue suited him well when his awareness turned him into the draft steal he was.

There’s no reason not to expect Brown to continue to take strides this offseason, but his progress should be monitored closely.

With Ronald Leary expected to leave in free agency, a “new” starter will join the Cowboys offensive line in La’el Collins. Collins was of course the starter in place of an injured Leary in 2015, and fit in incredibly well before being injured himself in 2016.

The Cowboys have been very careful with how they have handled every move on their world-beating offensive line, so it goes without saying that they’ll be very interested in every step of La’el Collins’ recovery and development this offseason.

When you go from 4-12 to 13-3, you deserve to look at the future with some optimism. While I plan on continuing to do that through the 2017 offseason, my pessimistic approach to this offseason will come out tomorrow here at Inside The Star – you’ve been warned Cowboys Nation.

Tell us what you think about “An Optimistic Approach to the 2017 Dallas Cowboys Offseason” in the comments below. You can also email me at Sean.Martin@InsideTheStar.com, or Tweet to me at @SeanMartinNFL!