When it comes to Rico Gathers and his NFL career, there is still a lot of unknown about the Dallas Cowboys second-year tight end. Still, that doesn’t stop Cowboys’ fans from hoping he is the heir apparent to future Hall of Famer Jason Witten. But, I’m not even sure if tight end is Gathers’ best position. I think it could possibly be offensive tackle and I’ll tell you why.

We all know that Rico Gathers is a tremendous athlete. I’ve actually been a fan of his for quite a while. I followed his collegiate basketball career at Baylor and was actually really excited when the Cowboys decided to draft him in the sixth round a year ago.

At first, I thought he would make a really good tight end in time, but that all depended on how quickly he could advance in his development. He has really rare size and athletic ability for man his size, but that doesn’t necessarily always translate to the field.

Word is Gathers has taken the next step in his development and has been impressive in the off-season practices so far. But, I’m still not quite sure if he will ever get to the stage where he can be a reliable tight end. For me, that mostly has to do with how much the Dallas Cowboys ask their tight ends to do and the obstacles he still has to overcome.

Personally, I think there are two things that are holding him back so far. The first one is the mental aspect of the game. Rico Gathers not only has to know his blocking assignments and blitz pickups, but he also has to be able to read defensive coverages to know which routes to run. And that is the second thing I think holding him back, his route running.

Rico Gathers has never really had to run routes in the passing game in his entire life before joining the Dallas Cowboys. It’s not something that’s going to come to him overnight, but it is something that I think could keep him off the field as a tight end.

Due to his size, Gathers is going to struggle getting in and out of his breaks when running pass routes. He just looks stiff running, but the coaching staff is working with him to try to and loosen him up. That could really limit his effectiveness and possibly keep him from becoming a starter. But, that’s not necessarily bad news the way I see it. 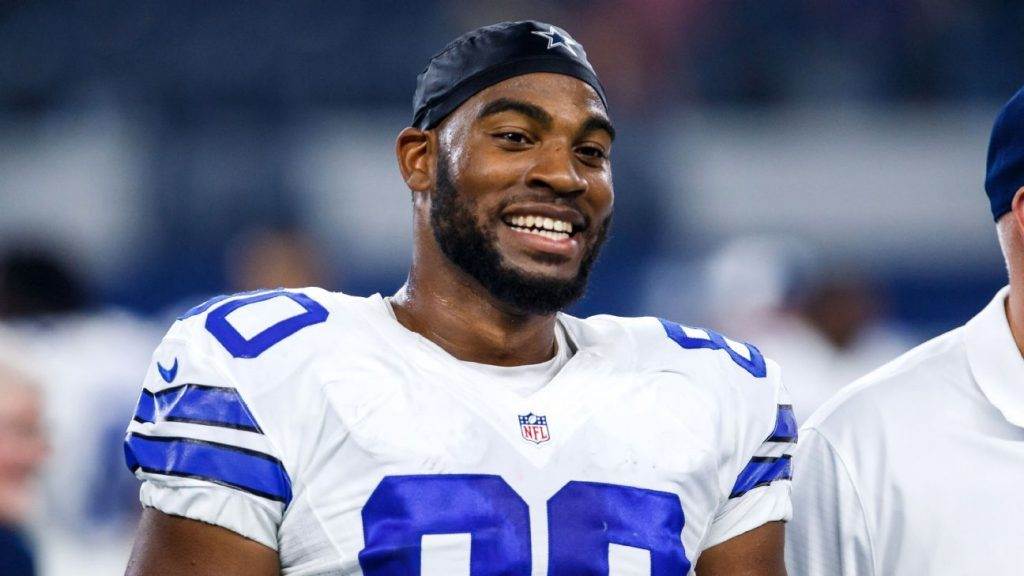 The Dallas Cowboys have Rico Gathers listed at  6’6″, 290. That’s nearly 2 inches taller and nearly 40 pounds heavier than the average tight end in the NFL. But, if he packs on about 10 to 15 pounds, he would he would almost exactly the same size as the Dallas Cowboys All-Pro left tackle Tyron Smith.

Tyron Smith is an athletic freak in his own right and has become one of the best left tackles in the NFL. I honestly see a lot of the same traits in Rico Gathers as I do Tyron Smith. I personallly believe Gathers would make a much quicker transition to tackle, and actually thrive there.

You see, Gathers’ background in basketball would actually work in his favor as a tackle. He already has a really good foundation in place by knowing how to mirror defenders and shuffle his feet while doing so. He also has the physicality that will help him as a blocker as well. And that’s not even mentioning how much his athletic ability will help him on the outside in space.

I’m not saying the Dallas Cowboys will switch Rico Gathers to tackle anytime soon, but it’s not a bad fallback option. The mental aspect of the game really isn’t as difficult as tight end, and like I said earlier, I think he already has the foundation in place. That is why I believe his best position in the NFL might be offensive tackle, not tight end.

Do you think Rico Gathers would make a good offensive tackle?