Packers A Reminder That Young Cowboys Can Handle Adversity

Through four games in 2016, the Dallas Cowboys were 3-1 and in the midst of a three game winning streak that wasn't snapped until December 11th at the Giants. Now in 2017, and year two under QB Dak Prescott, the Cowboys find themselves at the quarter mark of the season at 2-2.

Still, the same amount of uncertainty surrounds a young team that nobody should give up on yet. Last year's unexpected tear through the NFC left Cowboys Nation asking week in and week out if we were really witnessing the start of another dominant stretch in Dallas. This year, it is also about this young team proving the Cowboys are here to stay – something the team did against this week's opponent in the playoffs last January.

With the Green Bay Packers returning to AT&T Stadium on Sunday, it is as good of a time as ever to remember the incredible drive this core showed in their first playoff situation a year ago. Trailing 21-3 in the second quarter, the Cowboys came all the way back to tie the game at 31 in the final minute of the game before departing from the postseason once again at the hands of some Aaron Rodgers magic.

Regardless of what Rodgers may very well do to this Cowboys defense – that will have help on the way – again this week, it was Dak Prescott's 302 yards on 24 completions for three touchdowns in the Divisional Playoffs that would make you forget the fourth round pick's first four games of the year.

Much like in his ongoing sophomore campaign, Prescott was understandably all over the place to start his America's Team career. A gutsy week two win in Washington to bounce back from a week one loss to the Giants put a super simplified offense on the field, one that would be unrecognizable later in the year but not after two more hard-fought wins against Chicago and then San Francisco on the road.

Now with wins against the Giants and Cardinals under his belt for 2017, perhaps it is time to sit back and let this Cowboys offense find its elite form with Prescott once again. This year, it is the defense that features highly regarded draft picks taking their time to get things going, and as things come together for the Cowboys to play complimentary football the wins will follow.

The game clock at AT&T Stadium read 4:08. From two yards away, Dak Prescott put his head down and would not be denied running the ball up the middle – crossing the goal line to tie the game and give Cowboys faithful everywhere a sense of true hope once again.

Hope that two rookies could really pull this off. Why not this Cowboys team to advance to the NFC Championship Game at home against the Falcons? 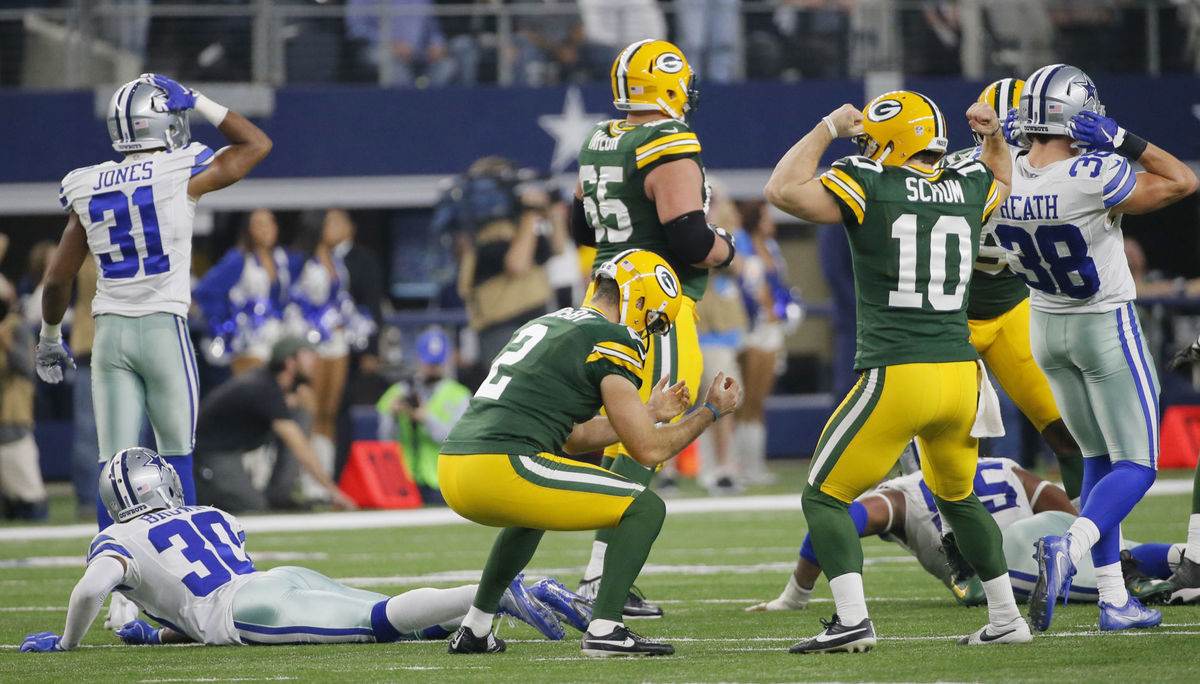 A lot changes in a year's time in the NFL, but more than enough familiar faces will suit up in the silver and blue in three day's time to warrant the same question – why not these 2017 Dallas Cowboys?