Unfortunately, the Dallas Cowboys are officially out of playoff contention after the devastating loss to the Seattle Seahawks on Christmas Eve. With nothing else left to play for this season it’s time to start the evaluation process, and that should start this week against the Philadelphia Eagles.

The Philadelphia Eagles don’t really have anything riding on this matchup either since they have secured their playoff spot already. That could mean they decide to rest some of their starters, which means this could end up looking more like a preseason game. We all know preseason games are meant to evaluate the roster and I think that’s exactly what the Cowboys should do.

I think this is a perfect opportunity to see exactly what the Dallas Cowboys have in their backup quarterback, Cooper Rush. Yes, that would mean they sit Dak Prescott, but I think that’s a good thing and I will tell you why. 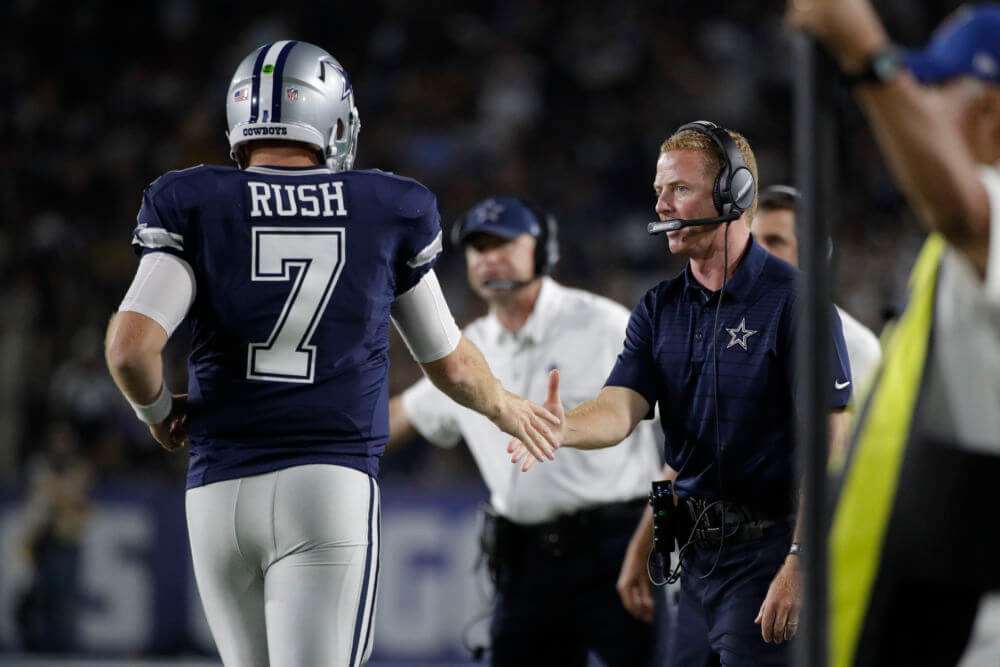 Prescott took way too many hits last week against the Seahawks and there’s no reason to risk his long-term health against the Eagles in a meaningless game. Especially since I think the Cowboys will undoubtably sit Tyron Smith and possibly La’el Collins, who have both been battling through back injuries the later part of the season.

With the Cowboys two best bookend protectors likely sitting this week, there is no reason to play Prescott. Instead, Dallas should get Cooper Rush some much-needed game time to get the feel of the speed of the NFL against some starting caliber players.

Allowing Cooper Rush to get the start against the Eagles would allow the Cowboys to get a jumpstart on his evaluation process and get a better feeling about exactly what they have in their backup QB. It really seems like a win-win situation. But, is this the direction Jason Garrett and his coaching staff will decide to go?

There’s no way of knowing yet that this will happen, but I absolutely think it should. In fact, I would also start some of the other younger players and evaluate them as well. Noah Brown, Ryan Switzer, Taco Charlton, and Jaylon Smith are other players I would start and further evaluate for future purposes.

Should Cowboys start the evaluation process against Philadelphia?