More
Home Cowboys News Randy Gregory on Draft Day: “They Saw me as a High Character... 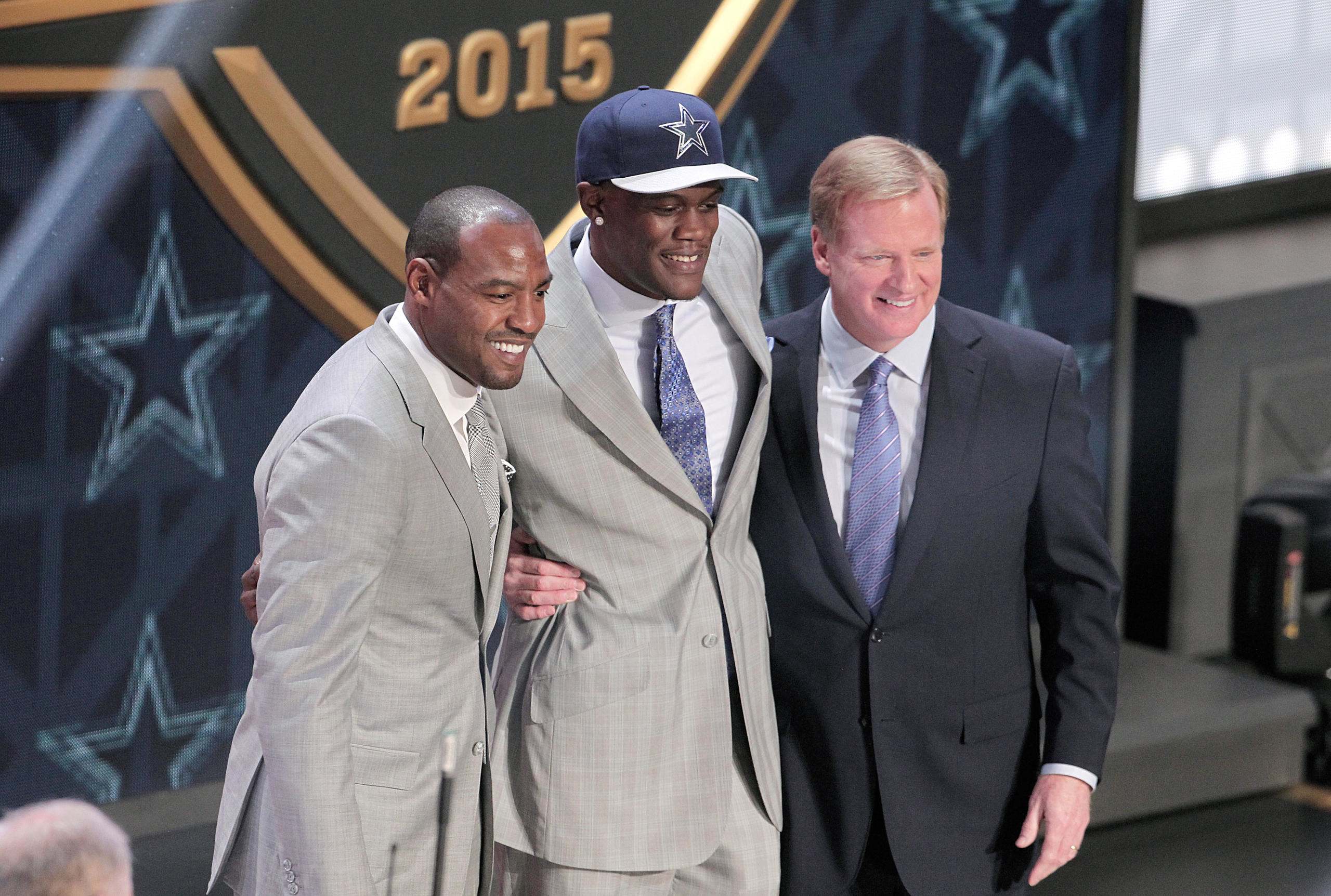 Randy Gregory's four game suspension came as a shock to Cowboys Nation, as the defensive end out of Nebraska has now failed his fourth drug-test since his NFL Combine. Gregory, with all the potential in the world, had his rookie season washed away by injuries – and now is a guy that will force the team to build his position as if he is not part of the plan.

I went back and listened to Randy come on the Dallas Cowboys Draft Show, and the quote that resonated with me was when he said, “They saw me as a high character guy”. What also stood out to me was Gregory's humbleness towards specifically being selected by Dallas.

Every draft pick in history gives the same cliched quotes about being happy to be with this organization or that one, but very few speak like Gregory did – going out of his way to mention numerous times that the Dallas Cowboys felt like his best and only fit.

Wearing the star for America's Team is certainly a humbling and chilling experience, and before Gregory even got to try his on at training camp he could sense the potential for a great career in the silver and blue.

Then, on his phone call with Jason Garrett and Rod Marinelli, Gregory repeated twice to each of them that he would make the Cowboys HC and Defensive Coordinator proud. Obviously, his most recent actions did anything but that.

My last takeaway from these two interview videos came as I watched the Dallas war room sit in silence while viewing the NFL Network broadcast of the Draft. Immediate talks of the “red flags” the Cowboys had on the defensive line were audible through the TV in the room, as Greg Hardy was mentioned along with Randy Gregory proceeding to the stage.

Even still, Marinelli, Garrett, and Jerry Jones, all kept their smiles – silently agreeing that they had the resources in place to help out Randy Gregory and take advantage of his full potential. At this point, Gregory must help himself first.

While most of the other quotes from these interviews are those cliched draft answers, the ones that will stick with me are the ones where Gregory specifically referenced the Cowboys as being the team to save him and give him a chance.

The team has not given up on giving him this chance, and I do sincerely think that this low moment of his career – combined with his dreadful rookie campaign – can combine to launch a new chapter in his life and playing career where we see the best of Randy Gregory.

Out of college, Dez Bryant was a troubled WR that other teams passed on. The Cowboys brought him in, gave him #88, and now he is a humbled but spiritual voice of this franchise. The Cowboys gave Gregory the #94 of DeMarcus Ware, and now it's time for him to reflect that honor – starting now and leading up through training camp into the 2016 season, where he is eligible to return after the first four weeks.

There is still plenty of time for Gregory to make this organization proud, but it is a thin line that Gregory will have to walk before he is completely out of the water.