The Dallas Cowboys rookie class from 2016 is one that will be difficult to top for a long time. Naturally, after having so much rookies have an impact a season ago, Cowboys Nation was truly excited to see what the 2017 class could bring to the table this year.

Some rookies have been pretty good, some not as much, but the Cowboys do have a young team that is very promising on both sides of the ball.

There are promising players in just about every position of the team. Now, there're a lot of things to work on, but the talent is there. This is a team in development rather than a team in “reconstruction mode.” Yes, including the defense.

Last year, it was all about Ezekiel Elliott and Dak Prescott. Of course, Maliek Collins and Anthony Brown had pretty good seasons themselves, but the hype around Zeke and Dak took everyone's attention.

But what about this year? Eight weeks into the season and seven Cowboys games later, how has this rookie class fared so far? Who's been the best and the worst so far?

Let's go ahead and rank every Cowboys rookie who has played significant football this year. (No Cooper Rush on the list, sorry Cowboys Nation.)

From the moment he was drafted back in April, we all had doubts about Taco Charlton. To some, he was a player with second-round talent at best. A lot of fans would've preferred someone like T.J. Watt or even a cornerback over him.

But the front office went for Taco Charlton and eight weeks into the season, the Michigan product has been disappointing.

Charlton's impact on this defense has been close to none. I would've thought that at this point of the season, we would already be seeing some positive flashes by the rookie DE, but he still has a very, very, very long way to go.

He's ranked as the worst Cowboy rookie of the season because of his play, and because he is a first round draft pick who hasn't even helped this defense in a small way.

It pains me to put Ryan Switzer in this spot. I hate to do so. When he was drafted by the Cowboys a lot of us were excited. He was considered a steal.

The thing about Switzer, is that we all knew he was going to come to Dallas to replace Lucky Whitehead as a returner on special teams. But we also expected to see him involved on the offense someway, and that hasn't happened. 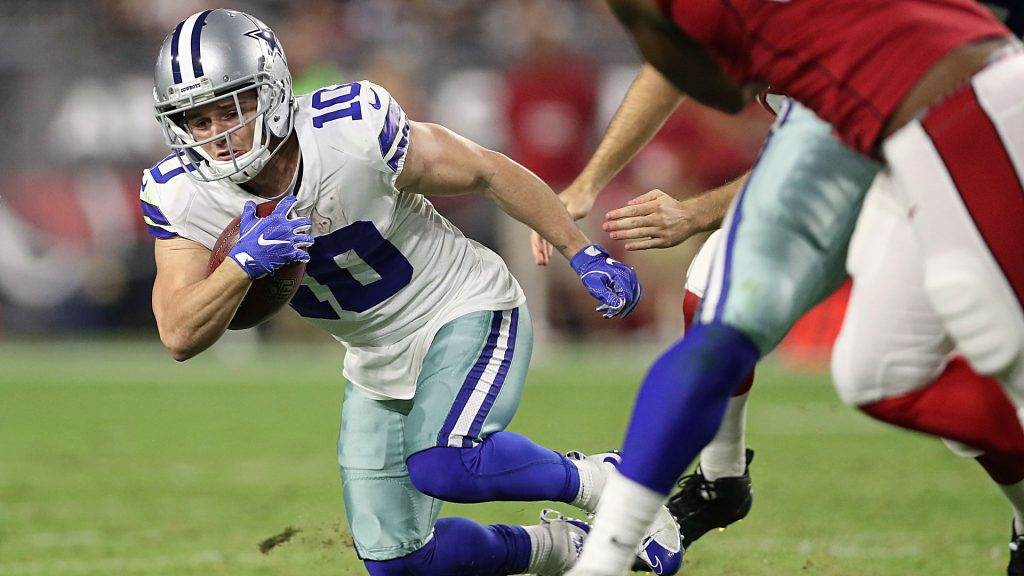 It feels like every time Switzer is on the field, he fakes or runs a jet sweep. He is always used in gadget plays. The rookie wide receiver from North Carolina could be contributing to this offense way more than he is now.

Weren't we all excited about this offense exploring the use of 10 personnel and seeing Beasley and Switzer on the field simultaneously?

Finally, he hasn't been impressive returning kicks either, and has made a lot of questionable decisions when fielding punts and kicks. Switzer has a lot to improve on, and I'm sure he will. I know most of Cowboys Nation is rooting for him.

If you'd told me that I would be ranking Noah Brown ahead of Ryan Switzer through eight weeks, I wouldn't have believed you. But here I am.

Another rookie wide receiver who was expected to be a steal after being taken in the seventh round of the 2017 NFL Draft has had some impressive plays as a Dallas Cowboy.

As any seventh rounder, he wasn't expected to come in here and have a big role on offense with a WR-loaded depth chart. But he's been there a few times, and he's stood in a couple of plays.

Noah Brown's biggest strength is his blocking game. In the above play, we can see a hell of a block by the rookie, creating a lane for Ezekiel Elliott on what resulted on a 72-yard touchdown. He's shown us excellent blocking on a few other plays as well, and he could very well see an increased role on this offense in the future.

Brown has also made a couple of plays on special teams, which is another reason why I put him above Ryan Switzer on this list. Props to the seventh-rounder!

The Cowboys' second round pick was expected to have an instant impact on this Cowboys' secondary, but injuries have gotten in the way for Chidobe Awuzie.

Awuzie has looked pretty good and pretty promising when he's played. Unfortunately, he hasn't been there a lot for Dallas. He's played in only three games this season. Here are his defensive snap counts in each of those games, per Pro Football Reference:

He's only played one full game.

However, I think Awuzie has looked good in the small amount of playing time he's had, and he will be a very important piece for this secondary as soon as he gets back. He will see snaps at CB and probably will get the chance to see some playing time as a safety.

Speaking of safeties, Xavier Woods confirmed what we all thought when he was drafted in the sixth round earlier this year. He was a steal!

Woods has impacted this defense most of the time he's on the field, and he should be taking over the starting job soon. Xavier Woods provides this defense with a play-making ability that this unit could use.

He's made some stops on key moments and he's flashed a lot of potential.

Woods is better than Jeff Heath. And I would love to see what Byron Jones and him can do when on the field at the same time.

It's fair to say that Heath has been disappointing through eight weeks, and I would think that giving the rookie the nod would be a nice change for this defense. Even if the Cowboys think Heath is better, I don't think there's enough difference between the two to ignore the upside that Woods brings to the table.

The fact that the Cowboys were able to draft him on the third round is amazing. If Lewis hadn't been dealing with a domestic violence trial, the Michigan cornerback would've been drafted in the second, if not the first round.

Jourdan Lewis has been outstanding in just about every aspect of the game. He's been good in coverage and close to perfect in open-field tackling. As every rookie, he has a lot to work on, but none of the other Cowboys' rookies have had nearly the same impact than Jourdan after seven games.

Heading into week 9, Lewis is becoming this team's #1 cornerback. Dallas Cowboys Rookie of the Year.

Mauricio Rodriguezhttps://www.facebook.com/PrimeroCowboys/
I love to write, I love football and I love the Dallas Cowboys. I've been rooting for America's team all the way from Mexico ever since I can remember. If you want to talk football, I'm in... You'll find me at @MauNFL.
Previous article
Dak Prescott Has Golden Opportunity Without Elliott
Next article
Ranking The Cowboys Roster By Position

The history of Noah Brown

Wide Receiver Noah Brown has been with the Dallas Cowboys since 2017, but only this year has he been getting the recognition he deserves....
Read more
Breaking News

Cowboys defense continues to dominate the outcome of games

The Dallas Cowboys grinded out a 24-6 victory yesterday afternoon against a struggling Detroit Lions team. Although struggling, the offensive line has been a bright...
Read more

Its hard to rank them outside of Lewis. They dont have a significant 4 contributing like last years 4. Lewis has been solid. Woods needs more playing time, he’s definitely outplayed Heath and Frazier. Awuzie and Taco are the mystery men, where its hard to grade them as pick 1 & 2(because of injuries and playing time) , while Switzer will get his chance with Beasley out. The jury is out on this Draft class and its only worst compairing them to last years class.