It’s been a tough calendar year for Dallas Cowboys running back Darren McFadden.

After his employer signed and drafted players at his position in 2016, McFadden then broke his elbow over Memorial Day Weekend. After missing most of the 2016 regular season, McFadden went into this offseason expecting a quiet few months off.

Instead, it was reported that some of his own family members had been injured in a night club shooting in Little Rock, Arkansas.

So, yes, McFadden has had a rough go-of-it personally lately, but I am of the opinion he is about to have an impressive professional season.

Of course, former first round pick and the league’s leading rusher Ezekiel Elliott will be handling the bulk of the workload in 2017, with McFadden most likely working as the backup running back. 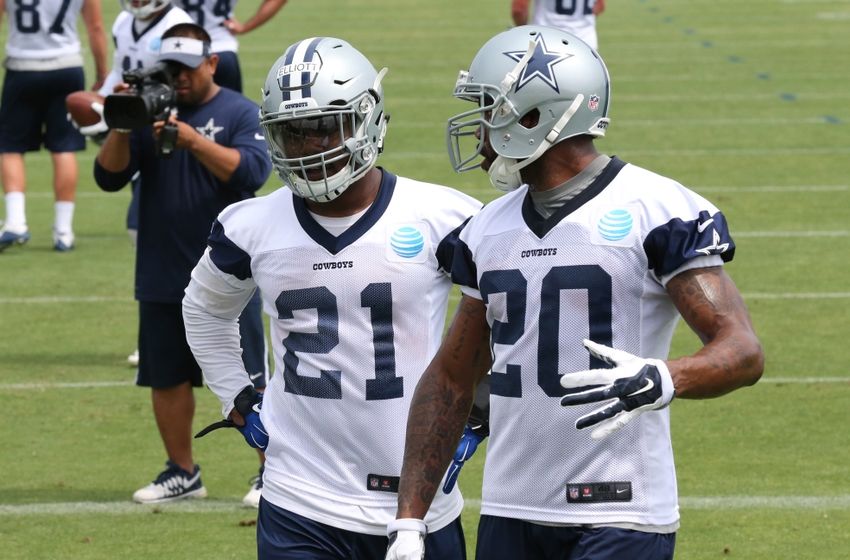 Still, there is hope for McFadden this season, and I do think he will have opportunities to contribute in a big way.

In 2016, the Cowboys sat Elliott on just about every third offensive possession of the game. He also rarely saw a heavy amount of touches in the second quarter, with Lance Dunbar and Alfred Morris carrying the load during those stretches.

The idea was to keep Elliott fresh for the fourth quarter, when Zeke would be relied on to ice the game with his legs. Though a solid idea in theory, the drop off between Elliott and Alfred Morris was too steep to hide.

However, once Darren McFadden returned from injury for the final quarter of the 2016 season, that drop off became a little less steep. In fact, there was a clear difference in the effectiveness of using McFadden instead of Morris as the back to spill Elliott.

The difference between the two was so clear that Morris was a healthy scratch for the team’s divisional playoff game against the Green Bay Packers. McFadden didn’t see a single carry in the game, as Elliott was relied on in the do-or-die situation, but this will be different in a regular season setting.

It made sense for the Cowboys to draft Ezekiel Elliott, and it made sense to give Alfred Morris a chance to compete for the RB2 job.

But with the team’s 2015 1,000 yard rusher back and healthy, the Cowboys should be ready for McFadden to contribute as that backup running back in 2017.