Like clockwork, the Dallas Cowboys are preparing star running back Ezekiel Elliott to get his only work of the preseason for 2017 this Saturday against the Raiders at home – as they did in Elliott's rookie season during the Cowboys' week three dress rehearsal game in Seattle. Eerily similar is another black cloud that hangs over Elliott's head now, as last year's Seattle trip brought along the controversy of the fourth overall pick visiting a legal marijuana dispensary before debuting against the Seahawks.

Now, there is the ongoing discussion over his six game suspension for the start of the season due to “conduct detrimental to the league” that will hold Elliott back as he prepares to potentially tease Cowboys Nation by looking like the reigning NFL rushing champion he is for some time Saturday, only to be absent for a significant stretch of meaningful football come September.

Unlike in his first preseason, Elliott has been healthy enough to play in the first three preseason games for the Cowboys, being held out simply because of his value – with added necessity thanks to his suspension not being enforced should Zeke end up injured and unable to play.

Availability updates aside, as Elliott will have his suspension appeal hearing on Tuesday, Cowboys' Head Coach Jason Garrett interestingly said that, “having the mindset of preparing him for week one of the season,” is the goal for #21 ahead of playing for the first time this weekend.

Until officially announced otherwise, Ezekiel Elliott is not the starting running back in week one for the Cowboys against the Giants, but he will be at AT&T Stadium against a Raiders team that should present a good challenge to the Cowboys on both sides of the ball.

Perhaps more importantly, QB Dak Prescott will play the most he has this preseason after looking incredibly sharp against the Colts last week. 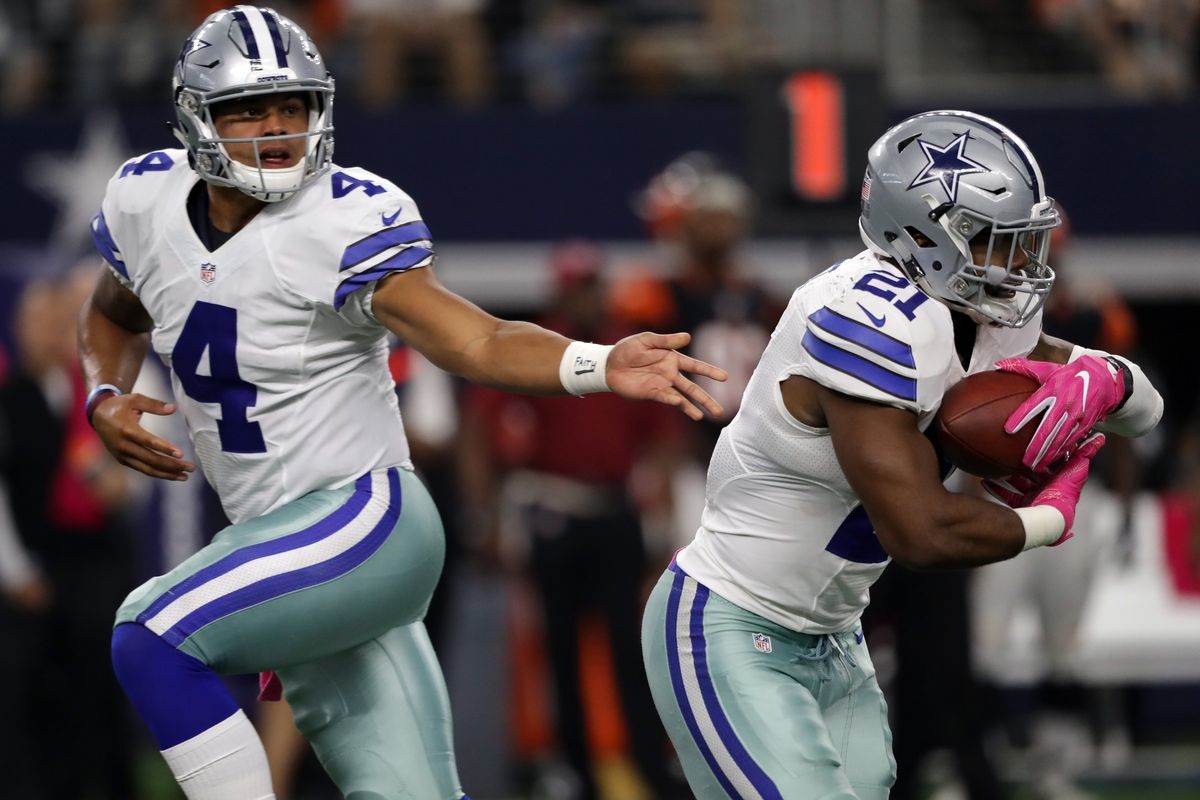 Should Prescott and Elliott pick up right where they left off, the notion that the Cowboys can't contend in the NFC with Elliott suspended could quickly go away – and be much more than an arbitrary preseason hot take.

As down-the-roster battles inevitably unfold later in the evening on Saturday for the Cowboys, with plenty of fans admittedly holding their breath to see Cooper Rush, the hope for this team has to be that Dak and Zeke can once again ignite a spark of hope for a torch they carried all the way to the NFC Divisional Playoffs just a year ago. There are in fact plenty of positive things that happened with the defending NFC East champions through the offseason and into this preseason, and one of them is set to be Ezekiel Elliott carrying the ball for America's Team tomorrow.