During a week in which the Dallas Cowboys are coming off the celebration of a much-needed win over a team from Ohio – Sunday’s 30-7 drubbing of the Cincinnati Bengals – the team is also closing in upon another memorable triumph over an Ohio-based squad.

On Dec. 24, 1967, the Cowboys did something that was a first in franchise history but would soon become an annual ritual for the team – they won an NFL playoff game. And in doing so, the Cowboys would establish a club record that remains on the books today.

Dallas would play host to the Cleveland Browns to decide the NFL’s Eastern Conference champions. At the Sports betting sites, the Cowboys were established as six-point favorites over the Browns.

Dallas made the playoffs for the first time by winning the Eastern Conference title in 1966. But with a chance to go to the first Super Bowl game, the Cowboys lost 34-27 to the Green Bay Packers in the NFL Championship Game.

The NFL revamped its format the following season. Adding two expansion franchises – the New Orleans Saints and Atlanta Falcons – the league grew to 16 teams and was split into four divisions. The Capitol and Century divisions formed the Eastern Conference and the Central and Coastal Divisions were in the Western Conference.

With a 9-5 record, Dallas won the Capitol Division title. The Browns, also 9-5, captured the Century Division crown. The two teams had met in the Week 1 season opener at Cleveland. The Cowboys prevailed 21-14 and that was the tie-breaking difference that provided Dallas with home-field advantage.

The Cowboys proved a resilient bunch that season. They persevered and displayed their depth, continuing to win despite the injury absences of Quarterback Don Meredith, Running Back Dan Reeves, and Center Dave Manders. Third-year QB Craig Morton, who’d later be the first QB to lead Dallas to a Super Bowl appearance, stepped in and started three games in Meredith’s absence. Meredith would play in the postseason wearing a specially-designed mask to protect his broken nose.

Asked what he thought would be the difference against the Browns, Cowboys Defensive Line Coach Ernie Stautner didn’t hesitate. “Willie, Jethro, Lilly, and George,” Stautner told the Fort Worth Star-Telegram.

He was referencing the Cowboys' front four of Defensive Ends George Andrie and Willie Townes and Defensive Tackles, Bob Lilly and Jethro Pugh. Cleveland finished as the NFL’s top rushing attack. Dallas, though, was the NFL’s best run defense. The Cowboys held the Browns to minus-five yards rushing in the season opener.

Stautner called them the Doomsday Four, a forerunner to the eventual granting of the Doomsday Defense nickname later given to the Dallas unit.

As the Cowboys prepared to host the Browns at the Cotton Bowl, news broke on the eve of the game that the team was planning to build a new facility in Irving to be known as Texas Stadium, hoping to move in for the 1970 season. 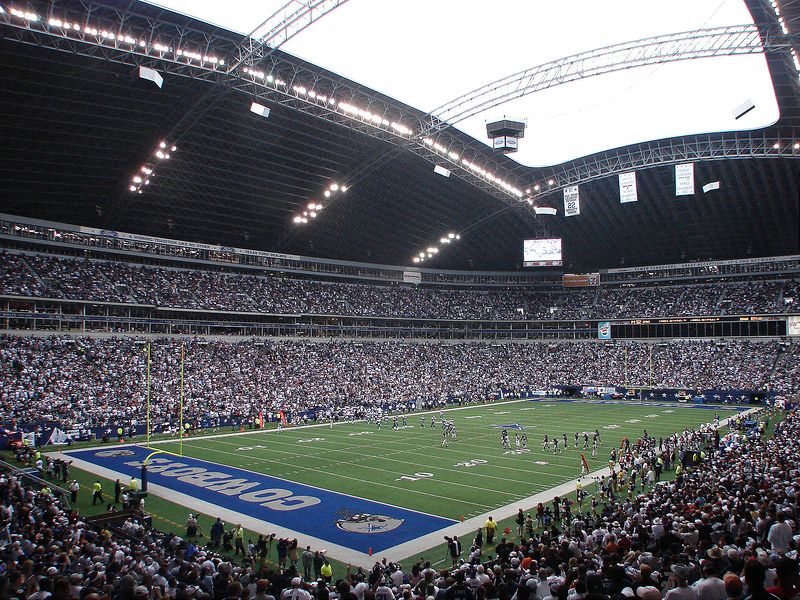 In the history of the NFL, few postseason games were over as quickly as this one. Dallas set the tone from the opening kickoff. The Cowboys held the ball for six minutes, driving 80 yards, culminating in a three-yard Meredith to Craig Baynham touchdown pass.

It was 24-0 Cowboys by the second quarter before Cleveland finally got on the board. Three more Dallas TDs in the third quarter added insult to injury. The final score finished 52-14 in favor of the Cowboys.

“You never go into this important game expecting to win by this much,” Dallas Coach Tom Landry told the Fort Worth Star-Telegram. “We took control early, though, and kept it.”

“It was strictly execution,” Meredith remarked. “We marched right through them.”

In 62 postseason games since, the Dallas Cowboys have never managed to put more points on the scoreboard. They did tie this mark in Super Bowl XXVII, belting the Buffalo Bills 52-17. The 38-point margin of victory was equaled in 1982 during a 38-0 shutout of the Tampa Bay Buccaneers.

Another oddity from this game. In three playoff meetings with the Browns, it remains the only victory by the Cowboys.

Star Staffhttps://InsideTheStar.com/
This is the General Staff account for Inside The Star, a blog for Dallas Cowboys news, scores, schedule, rumors, and analysis. We are the official home for @CowboysNation on Twitter. Follow us today for new content updates straight from our timeline. To learn more about our staff, please visit our Staff listing.
Previous article
3 Candidates the Dallas Cowboys Should Consider for Defensive Coordinator
Next article
2021 NFL Draft: Way-Too-Early “Pet Cats” for the Dallas Cowboys

If someone told you before the game that Dak Prescott would throw for over 500 passing yards and four touchdowns against the Cleveland Browns...
Read more
Game Notes

The Dallas Cowboys are now 1-3 to start the 2020 season and Mike McCarthy's head coaching tenure. They overcame a 31-14 halftime deficit to...
Read more