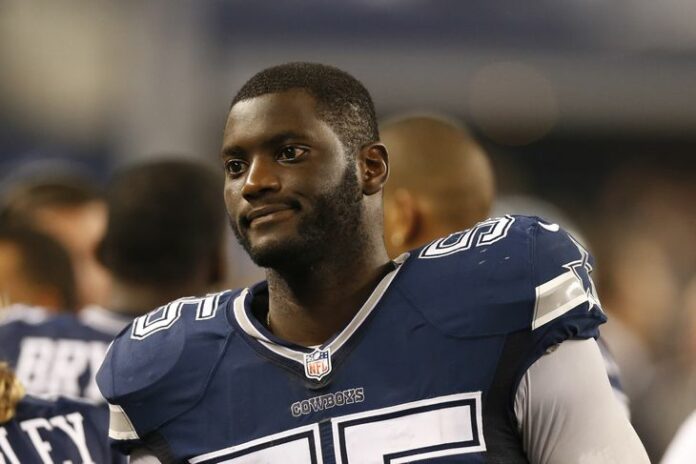 No sense mincing words about it, he screwed up.

After failing a drug test that garnered him a 4-game fine, Rolando McClain has gone and mucked it up again with another failed drug test. Maybe he thought the first test was a one-off?

Now he's gonna be riding that bench from the end of preseason until week 5 against the New England Patriots. The only good news is that he's eligible to work until week 1, so at the very least he'll be in shape and ready to go after the Saints.

We posted on @CowboysNation today about asking for follower feedback for use on this week's episode of Cowboys Cast, but some of the responses were too profane to post. Suffice it to say that fans are upset.

The NFLPA released a statement on McClain's behalf today:

“I apologize to my family, the Cowboys organization, my teammates and Cowboys fans for my mistake,” McClain said in the statement. “I will not break the rules of my profession in the future, and I regret my error. I look forward to returning to the field on week 5, when I hope to help my team beat the Patriots.”

It's a good thing that we have Sean Lee back (KNOCK ON WOOD RIGHT NOW), but the boost he brings to the defense is going to be tempered slightly by Rolando's absence.

We are likely to be without defensive lineman Greg Hardy during the first four games, at least, so the year is going to get off to a rocky start, defensively speaking.

Hey, Rolando? If you read this … nice going, bonehead!