The last of the Dallas Cowboys’ 2017 rookies to sign his first contract with the team, third round pick CB Jourdan Lewis took to Twitter to announce the signing of his rookie deal ahead of training camp last night.

The delay on Lewis’ contract shouldn’t have come as a concern to Cowboys Nation, and now the anticipation for his fight to earn playing time alongside two other rookie cornerbacks will only grow as the 92nd overall pick.

The next important date for Lewis will unfortunately be his July 10th trial date for a pre-draft domestic violence case resulting in a misdemeanor charge. The incident will not carry any NFL sanctions, and it is safe to say that the Cowboys knew Jourdan Lewis’ situation better than any other team in the draft thanks to having former Michigan secondary coach Greg Jackson on their staff. 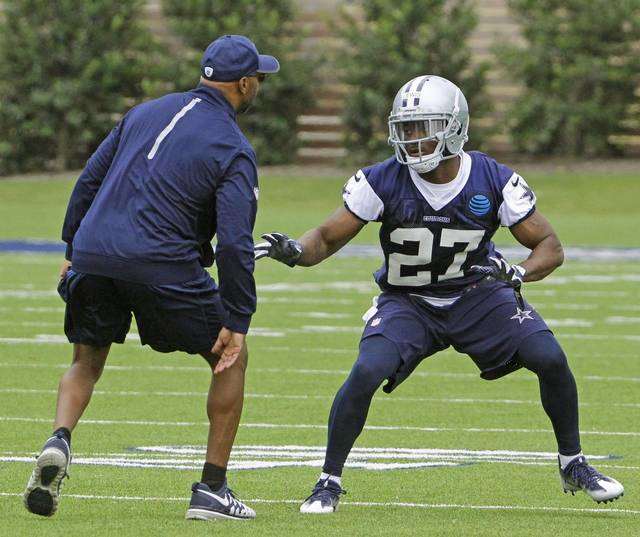 The now-signed Jourdan Lewis should fit right into this mix. Despite lacking prototypical size, Lewis has the cover skills and instincts to make an immediate impact as an outside CB or – more likely – as a slot defender.

With rumblings that second round pick Chidobe Awuzie could end up at safety, it is very possible come training camp that Jourdan Lewis is the highest drafted rookie the Cowboys have consistently lining up at cornerback.

Expect Jourdan to rise to the challenge, now officially on a four-year deal with the Dallas Cowboys.

Tell us what you think about “Rookie CB Jourdan Lewis Announces Signing With Cowboys” in the comments below. You can also email me at Sean.Martin@InsideTheStar.com, or Tweet to me at @SeanMartinNFL!