Running Back Can Help the Cowboys More Than Anything Else

Just because Darren McFadden had a productive 2015 season and you can't really attribute the Cowboys failures to the running back position doesn't mean that it can't be a pivotal position to upgrade.

Darren McFadden ended up rushing for 1,089 yards on 239 attempts averaging 4.6 yards per attempt in 2015. This was only the second time in McFadden's career where he eclipsed 1,000 yards. It was clearly one of McFadden's most successful seasons.

However, we shouldn't think this is enough.

I equate this situation to something similar to what the New York Jets have at quarterback. The Jets offense was productive and Brandon Marshall and Eric Decker had huge seasons. Ryan Fitzpatrick was the man throwing the ball for the Jets and he had a great season throwing to those two receivers.

Do you think the Jets now think they are set at quarterback with Ryan Fitzpatrick?

To use the words of former-Cowboy running back turned current-free agent idiot, Joseph Randle, there is meat left on the bone.

Yes, the Jets are thinking things could be even better with someone else throwing the ball for them.

Yes, the Cowboys and fans alike should be thinking that things could be even better with a new and improved man running the ball in Dallas.

Darren McFadden having a season like that should be so telling about what the Cowboys offensive line is capable of doing.

Can you remember any runs from 2015 when McFadden really made a nice move? He may have a few, but nothing stands out at all.

McFadden has very little wiggle to him. He will make a read and run straight through it with power and speed. This is something that doesn't led itself well to a zone blocking scheme.

Instead of having an efficient running attack, how about modeling your entire team through it. The Cowboys can use their offensive line and running back to make everything flow through it. They can control the time of possession making life easier for the defense. They can open up the passing attack by making teams commit to the run. They can wear defenses down from the pounding the running game provides.

You might ask why other teams don't employ something like this. The only team I can think of that was built purely around the run was the Minnesota Vikings of 2012. Those Vikings went 10-6, making the Playoffs with a roster that was pretty average other than Adrian Peterson. This was the year that Adrian Peterson won the MVP and rushed for 2,097 yards.

You can also make the argument that the Seattle Seahawks have seen the most success of late when their running game is working.

The difference between a team like the 2012 Vikings and the Cowboys is that the Cowboys have a much better offensive line and team as a whole. They have a franchise quarterback and an elite wide receiver.

We saw what the Cowboys could look like when their running game is just dominant in 2014 with DeMarco Murray. The ceiling is so much higher than that. Murray wan't even a great fit for the scheme. With a true zone blocking runner, the Cowboys rushing attack can be unstoppable.

So, while we argue about future quarterbacks, backup quarterbacks and new wide receivers to open things up…a new running back is the real key here.

Earlier in the year I used this argument for Ezekiel Elliott as an option in the draft. There are multiple ways this team can get this done. Whether that be free agency or the draft, the Cowboys should really focus on upgrading the running back position.

We should appreciate what McFadden was able to do in 2015, because things could have gotten really ugly if he were any worse, but this is far from a finished product.

The sky is the limit and the Cowboys should look to soar as high as they could (not you Randy Gregory) through the running game and with that offensive line that can be potentially historic. 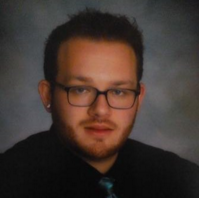 Nick Cocchiaro
I've been blogging about sports and music for almost eight years now. I also work in media relations for a New York sports team, so I understand the bridge between the outlets writing about a team and the team monitoring content. I hope to bring something new to Inside The Star, getting deep into draft work, breakdowns and I always come with a strong and passionate opinion. I'm very active on Twitter, so ask questions, comment on stuff, etc. and I will almost definitely respond to you in some sort of debate!
Previous article
Super Bowl MVP Von Miller Gives Randy Gregory Hope
Next article
Tony Romo Discusses Faith And Football With The Village Church