I don't know about you, but as each passing day goes by I get more and more excited about  the kickoff for the 2017 NFL Draft. It might be because I have studied more of these prospects this year than in any other year, but the draft can't get here soon enough. Having said that, I've decided to share with you some of the Dallas Cowboys draft targets and today we will take a look at UT-El Paso's running back Aaron Jones.

There is no way of knowing how serious the Cowboys are about Aaron Jones, but they have met with him and worked him out. There really isn't a glaring need at the position with Ezekiel Elliott expected to handle the workload and Darren McFadden on the roster to back him up, but they could use a RB to take over the role left by the departed Lance Dunbar.

Below I've provided a brief scouting report on Jones' strengths and weaknesses as a running back prospect and his potential fit with the Cowboys. Continue reading below and let me know what you think of him as a potential Cowboys draft target. 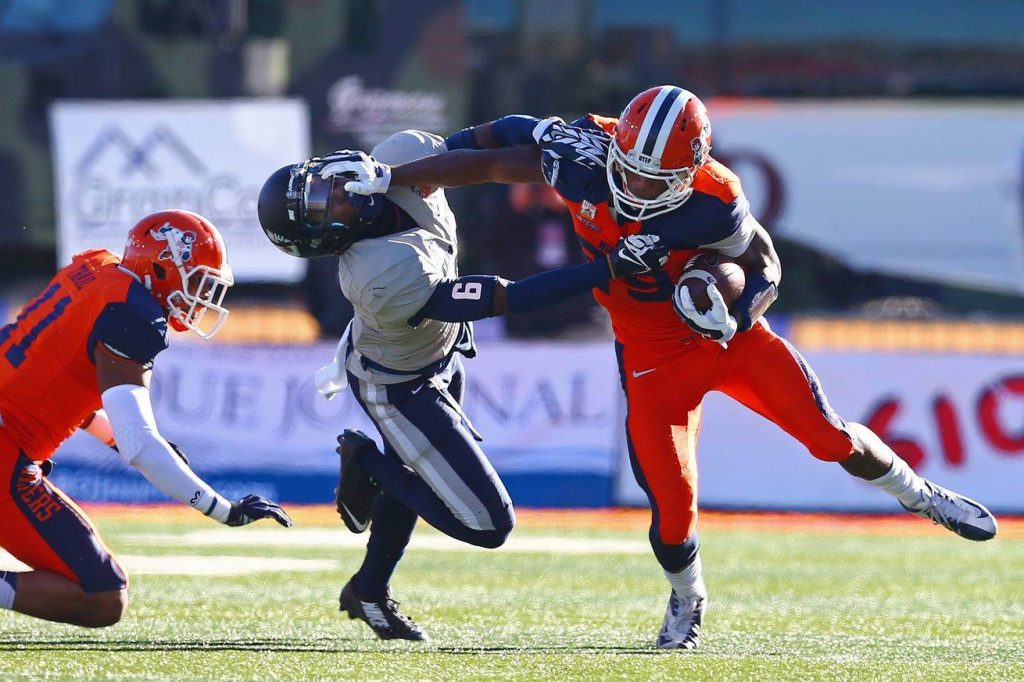 Aaron Jones was highly productive as a three-year starter at UTEP and leaves as the school's all-time leading rusher with 4,114 rushing yards. He also holds the record for the most 100 yard rushing games (17) and 200 yard rushing games (5). He accomplished all of this in a pro-style offense with the Miners.

Jones was a two-year captain and was well-liked by his fellow teammates. He is a decisive runner who likes to attack the line of scrimmage. He shows good timing and balance when pressing the hole and is explosive when he plants his foot in the ground to get up the field. He also shows good vision to see the cutback lane and the quick feet to change directions on a dime.

He is fearless running the ball between the tackles and has breakaway speed that makes him a threat to take it to the house anytime he touches the ball. He is a balanced runner and knows how to control his hips and feet together in tight spaces. He runs with a low pad level and understands how to absorb hits.

He was recruited as both a RB and WR coming out of high school and you can see his receiver skills on film. He has soft natural hands and can be a threat out of the backfield as a receiver or split out. He is also willing to do the dirty work as a pass protector. 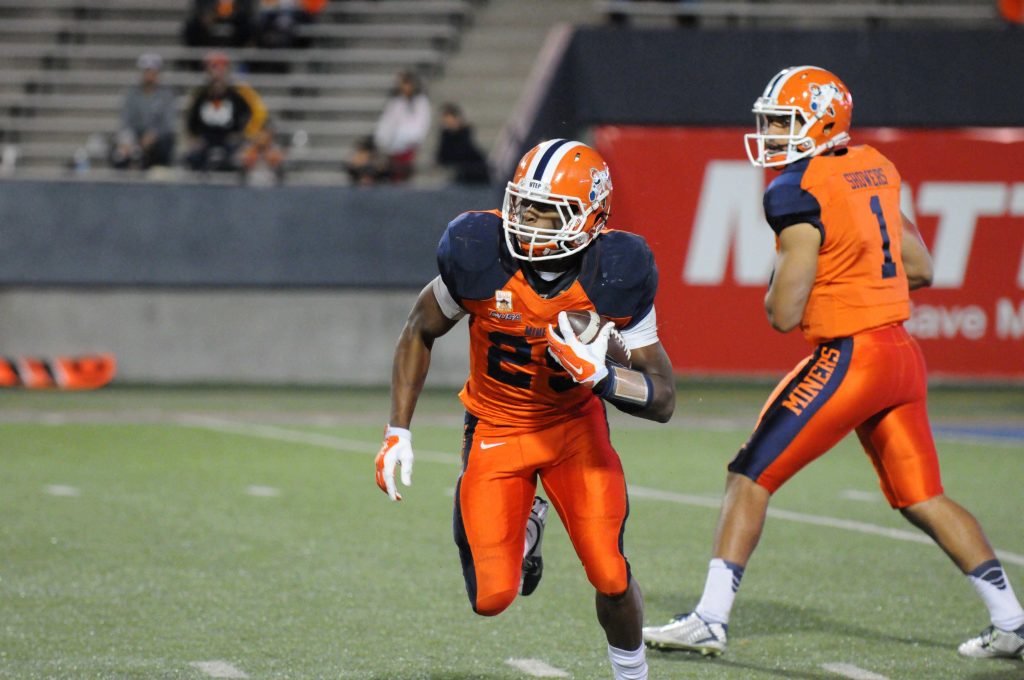 Aaron Jones' size is his biggest weakness as a RB prospect. He has a slender frame and lacks the prototypical body type to be in every down back in the NFL. He is likely best suited to be a change of pace/3rd down back.

His lack of size really limits his power running the ball, which will hurt him in short yardage situations. He also won't get a lot of yards after contact and has a tendency to go down too easily by a single defender. He is a willing pass protector, but needs to improve his technique and base strength.

He needs to learn to become more patient as a runner and allow his blocks to develop. He often attacks before reading his blocks. He also over commits at times and will miss developing running lanes. This can hopefully be fixed with NFL coaching.

Fumbled nine times in his career at UTEP, so there are ball security concerns. There are also concerns about his injury history. He missed nearly all of 2015 with torn ligaments in his ankle and has also had shoulder and rib injuries that limited him. Questionable off the field decision-making following a DWI arrest in February 2016.

Aaron Jones thrived as a three-year starter at UT-El Paso in their pro-style offense. He made his living between the tackles and also contributed in the receiving game. He is a well-balanced athlete who's playing speed matches his timed speed. His lack of size and injury history are really the biggest concerns for him as a RB prospect.

With the Dallas Cowboys, Jones would likely take over the role left by Lance Dunbar as a rookie and contribute on special teams. He would make a good change of pace back for Ezekiel Elliott and has the receiving skills to be a threat out of the backfield in the passing game.

Jones will likely be a Day 3 draft pick next week. I personally have a late six-early seventh round grade on him. Since the Cowboys have already met with him and worked him out, I could see them using their sixth round draft pick to secure his services or they could hold out and hope he is still there with their first of their two seventh rounders.

Do you think Aaron Jones would make a good Dallas Cowboys draft target?

I think Jones would be a great fit for us as a 3rd down change of pace guy. His pass catching and blocking skills caught my eye when I first started doing mocks and looking at who is available in later rounds.

I like Jones as well, but I would prefer the Cowboys finding that change of pace back as an undrafted free agent.