The 2017 NFL Draft is just seven days away! The most important event in the NFL is almost here and we will finally learn exactly who the Dallas Cowboys add to improve the roster for the upcoming season. Since there still is a few days until the highly anticipated event, I have decided to put together scouting reports of potential Cowboys draft targets and today I will share with you the strengths and weaknesses of Villanova's defensive end Tanoh Kpassagnon.

Nearly every Cowboys fan would like to see the organization find a dominant pass rusher to get after the QB, but when and where they find that player is the ultimate unknown. If the Cowboys don't address the position early in the draft, they could target Kpassagnon in the middle rounds.

Below I've broken down Tanoh Kpassagnon's strengths and weaknesses as a defensive end prospect and his possible fit with the Dallas Cowboys. Continue reading below and let me  know what you think. 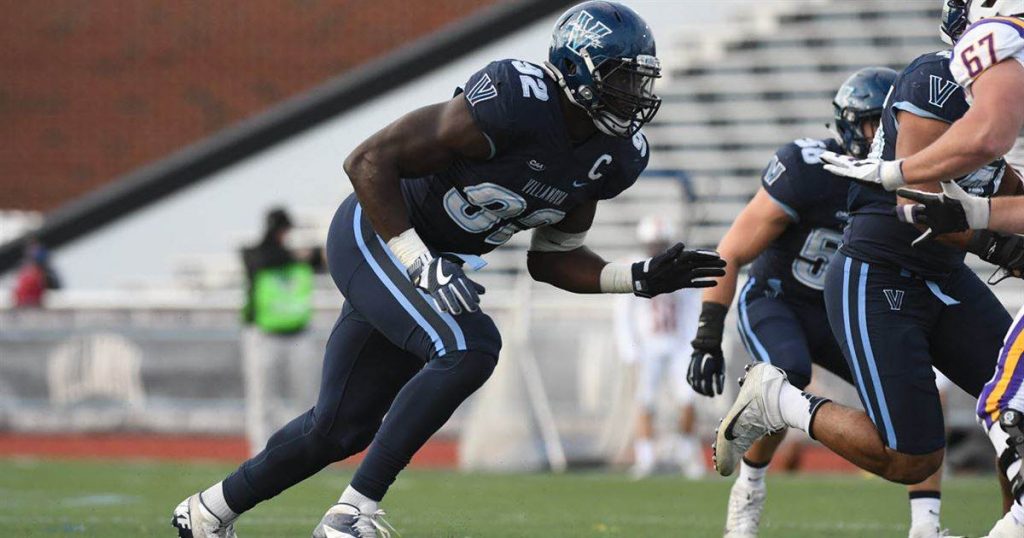 The first thing that stands out about Tanoh Kpassagnon when watching his game film is his size and athletic ability. He looks the part of an NFL DE with his length and size, and he still has the frame to develop his physique even further. You can certainly tell that he's put in the work in the weight room and will only continue to to get stronger, faster, bigger in an NFL strength and conditioning program.

Despite his long frame, he shows natural flexibility in his joints, which helps him bend and generate a push in the running and passing game. He uses his long arms to his advantage to keep opposing offensive lineman from getting into his body and they also helped him block a kick in 2016.

He has a nonstop motor and plays through the whistle. He covers ground quickly with his long strides and has the initial quickness to be destructive when shooting gaps. He is difficult to block when he's lined up outside offensive tackles when he is able to use his hands to keep them from getting into his body, but also hard to handle in the inside because of his length and quickness.

He is committed both on and off the field and graduated from Villanova with a degree in finance. He is a coachable player that was voted as a captain his senior season and was well respected by his teammates and the coaching staff. 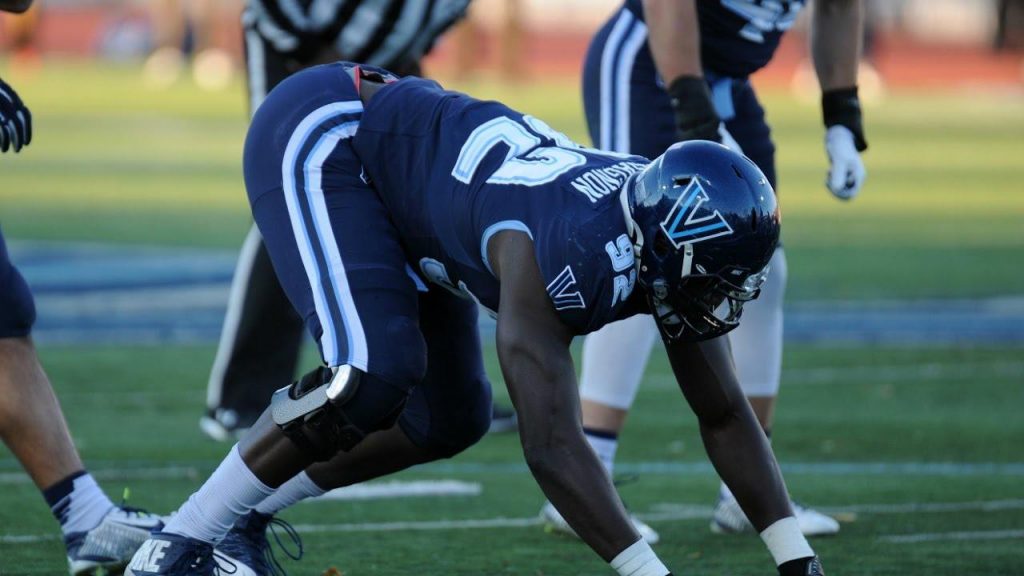 Tanoh Kpassagnon has freakish athletic ability for someone his size, but it's that size that can sometimes get him in trouble. Because of his length, he can sometimes get washed out of plays to easily by not keeping his pad level low enough. This will likely be a constant struggle until he can improve his technique to the point where it comes second nature to him.

He is also lean muscled and lacks the body thickness to stand up to the pounding he will take in the trenches at the NFL level. He really needs to get in the weight room and improve his core strength to improve at the point of attack, which can make him too easily blocked at times.

Needs to improve his hand placement and add to his repertoire of pass rush moves. He is still really raw as a pass rusher and may take some time to develop. He also has a tendency to get too far up the field and take himself out of plays. He struggles to break down in tight spaces because of his long stride and high hips. Would also like to see more of a killer attitude from him, because he is sometimes too passive.

He is kind of a tweener. Is he a better DT or DE? There are also injury concerns due to his lack of bulk. It is also hard to determine how he will transition into the NFL after playing against lesser competition in college.

Tanoh Kpassagnon is definitely an intriguing prospect because of his rare size and athletic ability. In 24 starts at Villanova he accumulated 105 tackles, 37 1/2 tackles for a loss, 22 quarterback sacks, and two forced fumbles.

He has immense potential, but he may need a couple years of coaching in the NFL and in the strength and conditioning program to develop into a dependable defensive lineman. He is scheme diverse because he played every position along the defensive line in Villanova's 3-4 defensive scheme. However, he is probably better suited to play in a four-man front in a 4-3 defensive scheme.

I personally think that Kpassagnon is an interesting prospect for the Dallas Cowboys, but if they are looking for more of an immediate impact player, they should look elsewhere. As things stand right now he is a lump of clay that will need to be molded into someone that can be relied upon.

I think an NFL team will take a chance on him in the second or third round because of his upside, but I personally have a fourth-round grade on him. I don't see the Cowboys taking a chance on him that early because they already have a similar player in David Irving, but I could be wrong.