Along with Jaylon Smith seeing the field, the biggest story coming out of the Cowboys' OTAs was that La'el Collins continued to work at right tackle – returning from an injury that cost him all but 3 games in 2016, these starts coming of course at left guard.

Collins' emergence as Dallas' seemingly preferred first option at right tackle in replacing Doug Free is a move I outlined in much greater detail right here, prior to turning on his tape from LSU to study him at left tackle in the SEC.

The Cowboys offensive line has been regarded as the best in the league for a few seasons now thanks to the play of unsung heroes like La'el Collins in 2015, going from an undrafted player to making the most of his opportunity playing next to Tyron Smith and Travis Frederick at left guard. Can this unit sustain their pedigree with the reshuffling that will occur should Collins move to right tackle?

Here is what the tape says. 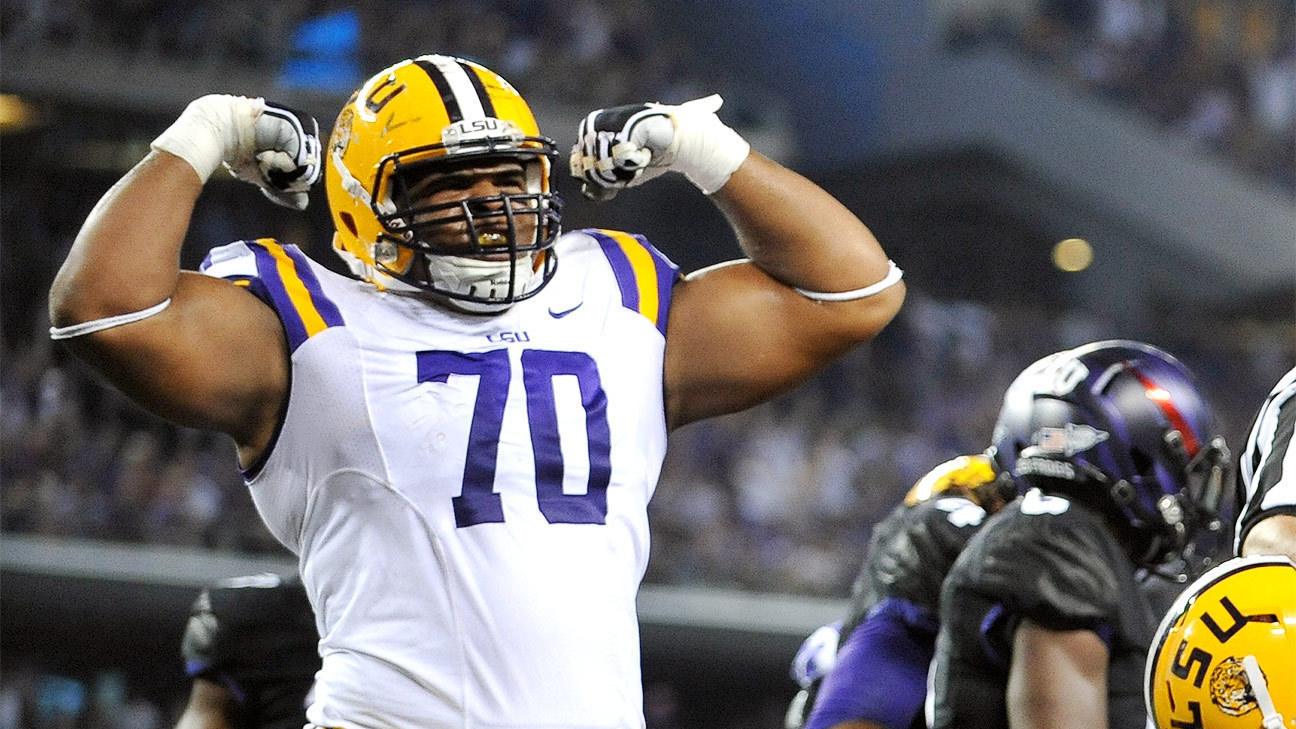 Going back to La'el Collins' college days to study him in hopes of projecting him well to a new position was an interesting exercise, having already seen the traits that made him such a dominant guard in flashes for the Cowboys.

There were plenty of snaps at LSU where the Tigers lined a tight end up next to Collins, and he looked much more comfortable in these sets – playing virtually as a guard.

As a true tackle, Collins was able to play in space rather consistently by relying on his initial reach and upper body to punch rushers off-balance and drive them. La'el's lower body drive off of the ball along with his footwork in mirroring edge defenders may not have been perfect, but he did show the ability to anchor and seal the corner before adequately locating the defender's hands and taking them away.

Collins' performance as a mauling left tackle, where he was considered a first round talent, are even more impressive when you consider that he did not have the measurables going for him entering the draft.

As a run blocker, La'el Collins' consistent mean streak helped him be the blocker clearing paths that Cowboys Nation will remember vividly, steering his man with his strong hands shooting inside as a blocker while his base remained wide.

Collins' 2015 tape with the Cowboys showed off everything his film at tackle did a year prior in college, only lacking the play-to-play consistency that top offensive linemen possess. The flashes were still there in a big way at LT though, as Collins was able to take out speed rushers before clearing to the second level thanks to his upper body while also using his lower body to anchor, deal with power, and drive defenders out of plays.

Another thing I looked at after watching Collins at LT were other pre-draft scouting reports on his ability at the position. Both Dane Brugler and Bryan Broaddus immediately saw the potential for him to reach his ceiling as a guard at the next level, writing on the team website:

“He has enough talent to survive on the edges, projecting as a starting swing tackle at the next level, but might be ideally-suited inside at offensive guard – top-25 talent and long-term NFL starter.” – Dane Brugler

“Might have to play inside or at right tackle.” – Bryan Broaddus

In my own evaluation of La'el Collins, I saw a player that was much too dependent on his upper body. Not driving blocks with his base, Collins played way too high on an alarming amount of snaps, creating this drive often by sliding his hands up on his defender and playing above them.

This will make it hard for La'el to adjust to RT in the NFL, along with the learning curve of correcting everything he's learned about being a guard. The strong side defensive end spot has become a marquee position for team's best pass rushers, giving Collins little room for error when it comes to firing off of the snap as slow as he did in college or lunging at his man.

This upright stance for Collins sets him up to get beat to the inside on counter moves, which may not be as big of an issue in Dallas thanks to Zack Martin starting at RG. When dealing with rushers that can flatten and capture the corner quickly though, Collins will get beat to the spot and miss with his initial punch too often.

You could see him try to keep his hands low on these sets to give him a chance at steering the rusher behind the pocket, but defenders that were able to work under him took advantage of his hands being either too low to generate any power or caught rising up high to knock him off balanced. 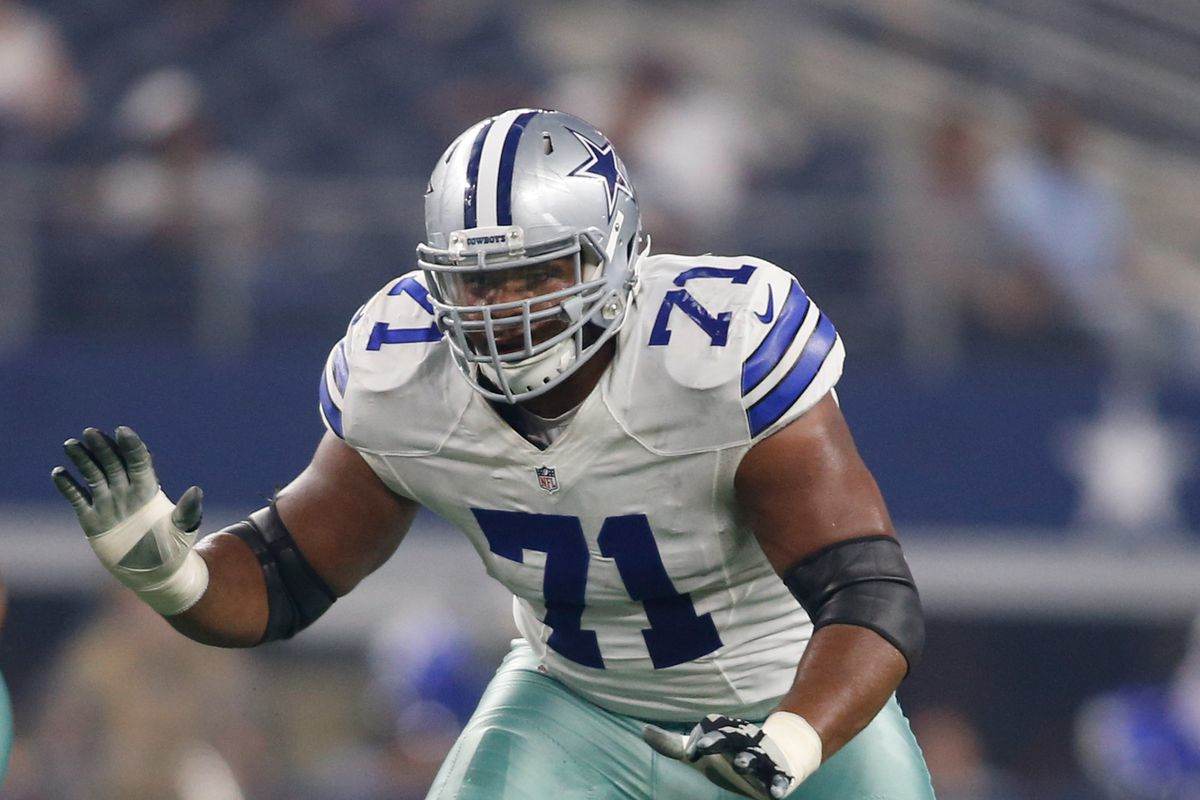 If La'el Collins is truly going to protect Dak Prescott as the Dallas Cowboys' starting right tackle moving forward, his past tape at the OT position shows that there will be some growing pains.

These are obviously growing pains the team feels comfortable going through, as they've committed to spending this entire offseason working their 2015 post-draft steal at the RT spot. The Cowboys will see flashes, especially in the running game where Ezekiel Elliott thrived putting his foot in the ground and exploding inside off right tackle, should Collins earn this starting job – as his power and competitiveness carry over to any position.

Where we're all have to collectively hold our breath is when La'el has to deal with rushers that have counter moves to win inside, length to avoid his punch, or the speed to take full advantage of his laboring kick slide.

This is obviously a post-draft scouting report, so I can't conclude it with a round grade as I do with prospects, but Collins' first-round considerations as a tackle with elite guard traits were fully warranted.

Now it is time for him to truly be the prospect he was on track to be as a starting NFL tackle for America's Team.

Good thing these reports are merely opinions and not predictive of future outcomes. If they were predictive, Tyron Smith would be getting consistently overpowered and Travis Frederick would be getting abused by quick DLs, not to mention the way the Boys “reached” for a 2nd or 3rd round talent.

I’ll trust the Boys coaches know what they are doing and that their NFL observations aren’t a wee bit more practical than some scouting reports that focus on what he might not be able to do.