Scouting Notes: Tapper, Taco, And ‘Tre Begin To Show Who They Are

The Dallas Cowboys are back, and at least in the preseason, they are 1-0. After defeating the Arizona Cardinals 20-18 on Thursday night the team was all smiles, but certain aspects of the game should still “worry” fans.

At least to a certain extent.

Of course I am not here to overreact to one playoff game, especially not the Hall of Fame game, as the regular season is over a full month away from kicking off. Still, it is useful to analyze the way the defensive ends played last night, as at least three of them are expected to be vital to the Dallas rotation this season. 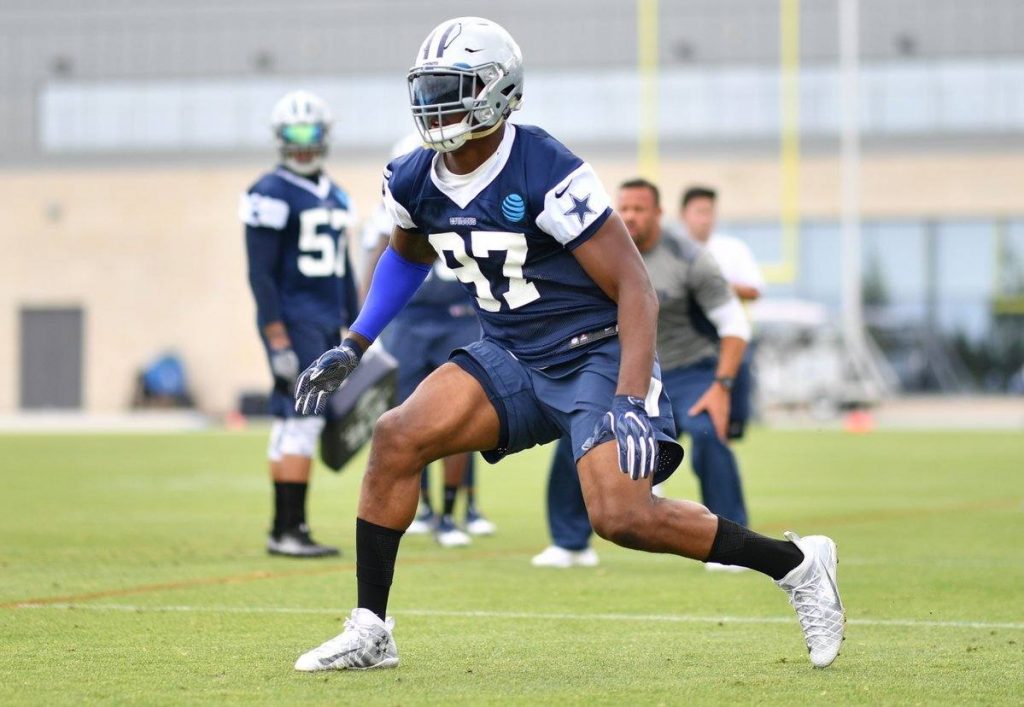 Let's start with the first round pick.

To be honest, Taco Charlton played exactly how I expected Taco Charlton to play. As a pass rusher, he simply isn't explosive enough to beat NFL tackles with any type of consistency. His go-to move is the spin, but the move looks neither explosive nor athletic, and the Cardinals' tackles stoned it all night.

Against the run, Charlton ended up on the ground far too often. Now, he wasn't getting blown off the ball and driven down, but he still must learn to keep his feet, be an athlete, and stay active throughout the entire play.

Of the three most “important” defensive ends which played Thursday night, Charlton was the least impressive. But, as I said, that was to be expected.

Overall, I thought it was a good night for defensive end Damontre Moore. Despite his somewhat troubled past as a player, Moore has always flashed some rushing ability when available to play.

Back when Moore was first signed, I projected him to be a solid rotational player in a film-review piece. After last night, I am sticking to that evaluation.

At the very least Damontre Moore was disruptive in pass rush throughout the night. On first look, he seemed to play better last night than he really ever did with Seattle in 2016. He also looked functionally stronger than he was last season, and that's a very good sign.

My one issue with Moore's play is that he seems to lack a pass rushing plan at times. Too often he rushed right upfield, and though he collapsed the pocket a bit, he didn't really cause any pressure to the quarterback. As the game went on, however, Moore flashed some inside-counters a few times, which was nice to see.

The man we had all been waiting to see made some important strides Thursday night. Of three defensive ends I've discussed, Tapper had the best night.

With an explosive first step and the speed to rush upfield, Tapper pressured and collapsed the pocket on multiple occasions against the Cardinals. Like his teammates, however, he lacks a pass rushing repertoire, which he will need to develop.

He did flash a nice inside-counter move last night which led to a hit on quarterback Trevor Knight. But, overall, Tapper needs to become more methodical in his pass rush and work his hands better than he did last night.

Those two sentences can be said about all three of these guys, though. Even with that criticism, it was Tapper who had the best game and flashed the highest ceiling. With the best ability to bend the corner of the three ends, he was much less liable to get run passed the quarterback.

As he continues to develop throughout the preseason and regular season, it will be fun to see how good he can become.

Kevin Bradyhttps://kevinrobertbrady.wordpress.com
Die-hard Cowboys fan from the Northeast, so you know I am here to defend the 'boys whenever necessary. Began writing for a WordPress Cowboys Blog, and have been with ITS since 2016.
Previous articleWATCH: WR Brice Butler Makes Catch Of The Night Vs. Cardinals
Next articleAnything’s Possible for 2017 Cowboys, Even 16-0, and Here’s How

Pretty excited to see Tapper in action. Really think he’s going to have a nice career.

I agree on Tapper, and am looking forward to seeing him improve, and become more than his 4th Round status is expected of him. Charlton on the other hand…well let’s just say I hope he proves me wrong. I think his ceiling is average as a DE I the NFL.