None of the other early results may have helped the Dallas Cowboys today, but they did handle business on the road against the Giants with a 30-10 win. Dak Prescott passed for a career high 332 yards and three touchdowns in the win, as the Cowboys turned things in their favor to bury the Giants in the fourth quarter.

The win over the dysfunctional Giants keeps the Cowboys' playoff hopes alive at 7-6, with one game remaining on the schedule (@ Oakland) without RB Ezekiel Elliott.

Here are my notes from this afternoon's game at MetLife Stadium. 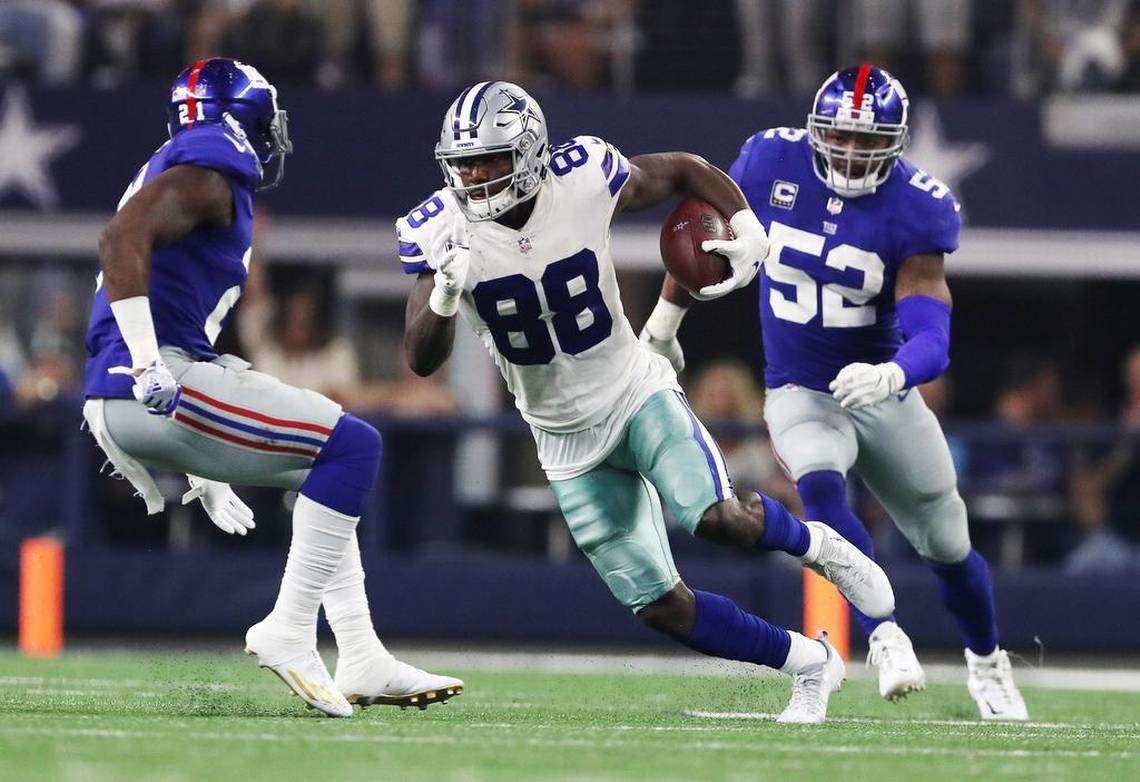 There were moments in this game where the Cowboys missed David Irving inside, as the Giants looked to get RB Wayne Gallman going in their first game without Ben McAdoo. With Irving not making the trip to Jersey, Maliek Collins moved back to the 3T position and opened up a spot for Richard Ash and Lewis Neal to split time at the 1T. On New York's first drive of the game, Ash was able to do a great job to not stay blocked while holding the line of scrimmage with strong hands play.

The Cowboys forced the Giants to move the ball methodically against them, taking their chances that Manning or this offensive line would make a mistake, and sure enough a holding call backed the Giants up to start this game with a tying field goal. Credit Richard Ash's run defense throughout the afternoon as well.

Lee's return to the field was nothing short of spectacular, as he unsurprisingly dominated against a weak Giants' front. In this game, you really saw what Rod Marinelli's scheme is all about with most of their pieces in place. This is a unit that wants to keep every throw in front of them and come up to the ball, which is why some of the only completions Eli Manning could find consistently were underneath check downs.

Cowboys Nation will have to wait for more of Lee and Smith alongside each other. Some of Smith's best plays in recent weeks have been stops against these shorts passes where he drops to shallow depth and reads the play well. Physically, his burst to the ball has improved each time out. With all of that said, Lee and Anthony Hitchens got the job done once again.

Bryant has rightfully been criticized for his lack of ability to play away from contact and quickly create separation against physical CBs. Releasing violently off the line, Bryant legally pushed Dixon just slightly up the field and towards the sideline, which allowed him to use his balance and size to snap back inside and secure a well-timed throw from Prescott.

With Dixon out of the play after the catch, Bryant had nothing but turf in front of him to find the end zone and make up for two previous dropped balls.

Rod Smith and Alfred Morris really complimented each other very well in this game. One of the Giants' biggest strengths remains their defensive line, particularly their stout DT group led by Damon Harrison.

Harrison had his flashes as always in this game, but the Cowboys did well to get Travis Frederick and Zack Martin on the move to force this unit to play sideline-to-sideline. Morris was able to put his head down and cut back most of these wide carries for some dirty yards, and later in the game Smith used his extra speed and vision to rip off a 15-yard touchdown that followed his 81-yard receiving score to finish off New York.

Jonathan Cooper also had a very impressive game at LG dealing with the size of these Giants' linemen with consistent technique and power.

That does it for another post game edition of Sean's Scout. The Cowboys may have gotten off to a slow start against a Giants team playing for pride today, but they will go into week 15 as winners of two straight.

Still in need of help beyond their control elsewhere should they reach the playoffs, the Cowboys will look to keep their momentum going on both sides of the ball as they prepare for another prime time game at the Raiders next Sunday.

After a rough first half, the Cowboys came out in the second half as a much more composed team. They started the third quarter...
Read more

Sean what game were you watching, Janoris Jenkins was placed on ir a week ago, he didn’t play in this game. Jenkins is #21 with dreads not #25 with dreads, get it together sean. The only reason why Dez had a good game was because Jenkins didnt play.

Travis, sorry for the misprint. I have updated the post to reflect the right players. I would still be hesitant to say that this was the only reason Dez had a good game though, as Prescott’s timing with him was improved and Bryant ran better routes than we usually see. Sorry again for the confusion and thanks for reading.